Four teams of FEMA agents and state officials were dispatched to 20 counties in Western Illinois this week to speak to homeowners and renters about the damage t... 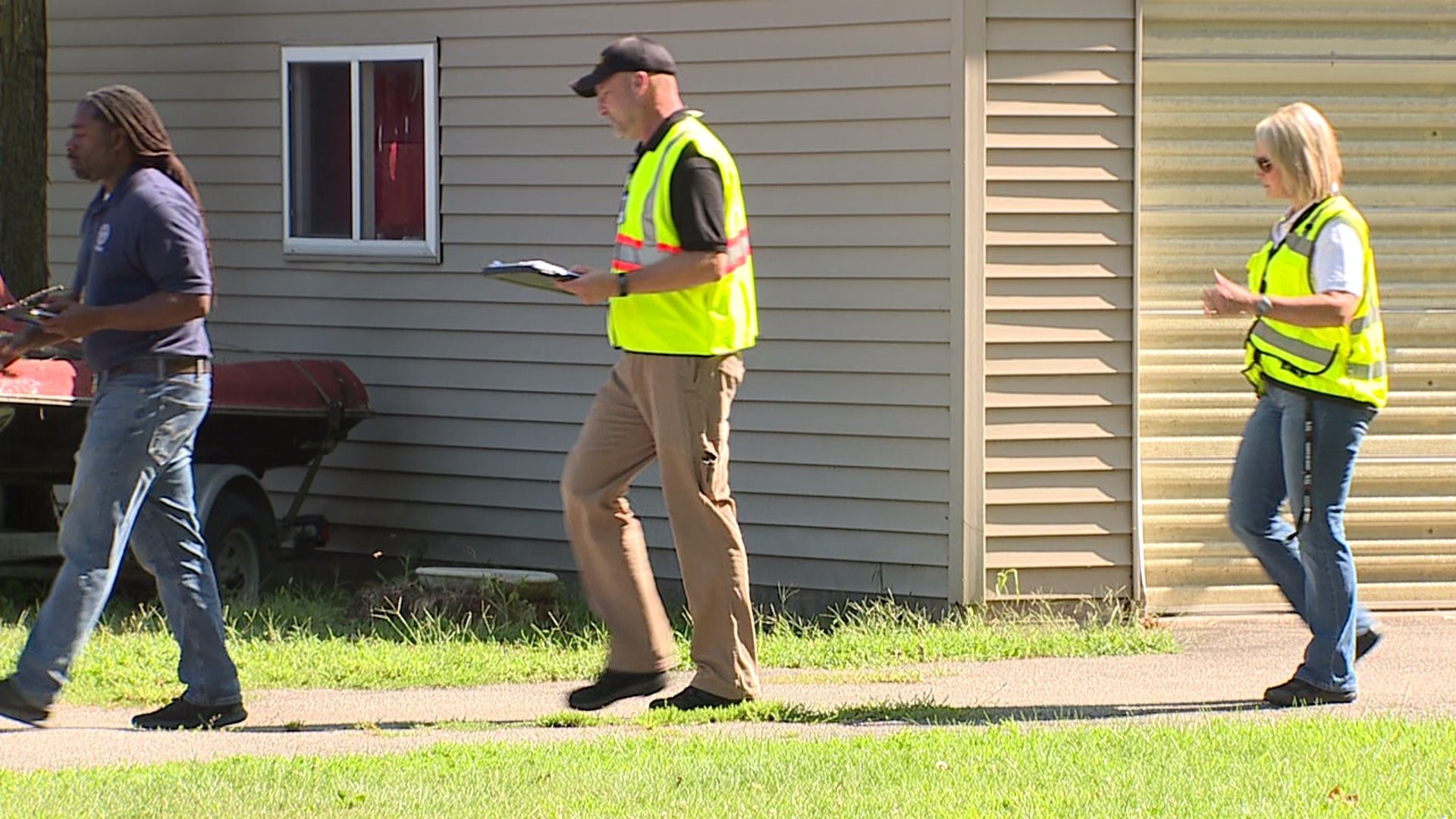 CAMPBELL'S ISLAND, Illinois -- Residents on Campbell's Island got a surprise visit on Friday, finding officials with the Federal Emergency Management Agency knocking on their doors.

"The goal of the state [of Illinois] in inviting FEMA to do these damage assessments is to see if there is enough damage to warrant a request by the governor for a presidential disaster declaration," said Nate Custer,  a FEMA spokesman canvassing the island with Federal and Illinois Emergency Management Agency officials.

Nick Richter, who has been living on the island with his wife Sharon since 1992, said he wasn't aware FEMA would be stopping by, but he appreciated it.

"Sometimes you think, sitting out here, that people forget about us on the island. But no, they can come out and spend some time checking. That is very good," he said.

Four teams of FEMA agents and state officials were dispatched to 20 counties in Western Illinois this week, going door to door to speak to homeowners and renters about the damage they incurred from the historic 2019 flooding.

The Richter's home sits on the east side of the island, just feet from the Mississippi River.

"I had water three to four feet in the  garage where I had my workshop." With four feet of flood water in the basement, the Richter's lost their furnance, water heater and pressure tank.

"The river was above flood stage for 96 days," his wife recalled. Sharon Richter said there were six to seven weeks on end, where the couple had to monitor the pumps and a basement wall around the clock to ensure it wouldn't cave.

But they say they were more fortunate than some of their neighbors. Campbell's Island has been one of the hardest hit areas of Rock Island County.

"You look at a house from outside, you can’t really tell it was flooded. But [the homeowners] can certainly tell you what they have been through, the people who live there," Custer explained the door to door visits.

The individual assessments are an important first step to potentially secure a federal disaster declaration.

"It could lay the groundwork down the road, if the figures are tallied up that the state feels is beyond the capabilities of the state and local government deal with," Custer said.