They placed candles, pictures, and flowers at the intersection. 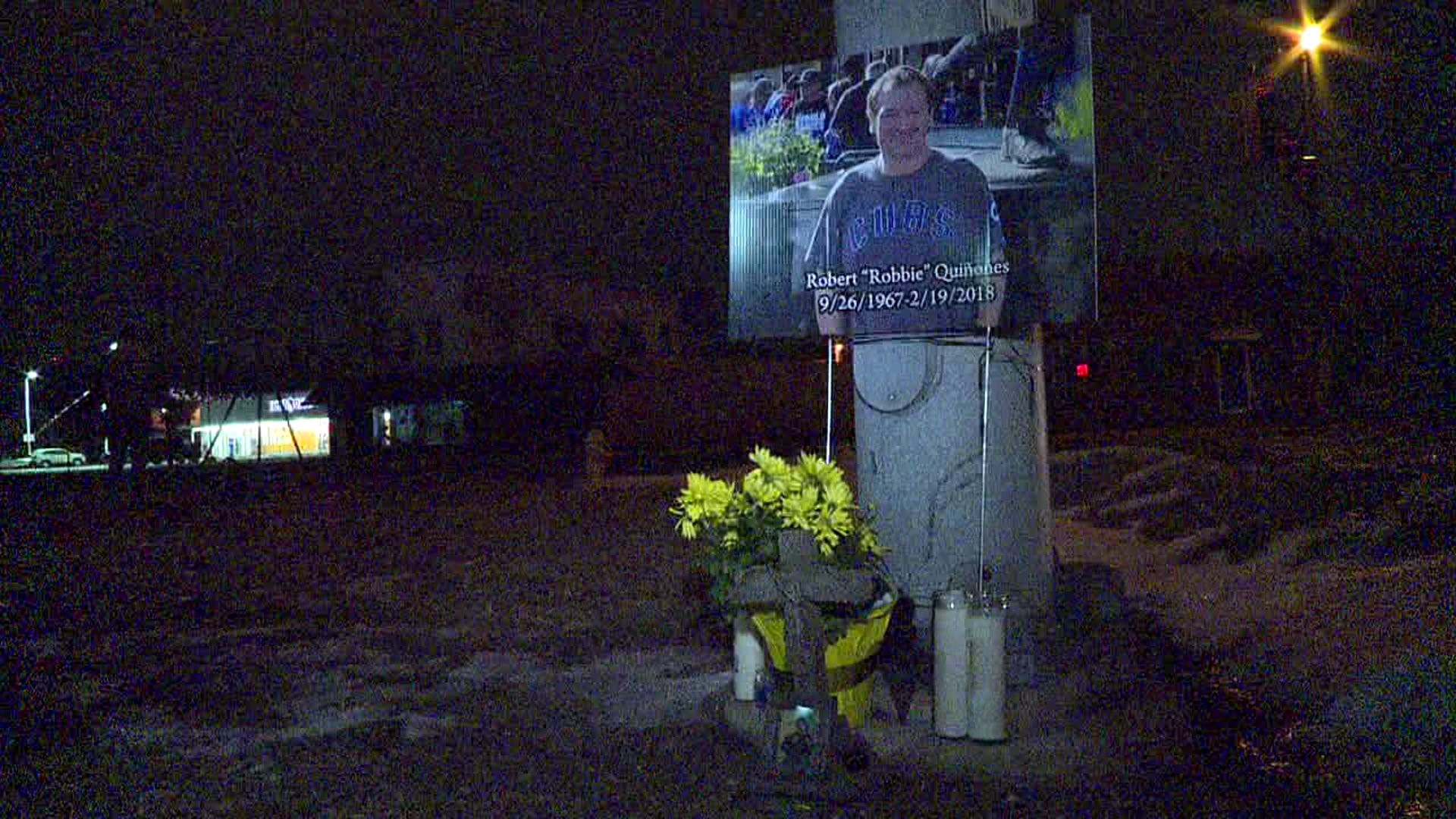 ROCK ISLAND, Illinois  --  One year after a deadly accident, the family of a Rock Island man is remembering his life with a new memorial.

In February 2018, Robert Quinones was struck by a van at the intersection of 11th street and 18th avenue in Rock Island. Three days later, he died from the injuries sustained in the accident.

"Just like that, a life can be taken, as it was, and families destroyed," Robert's brother Rick Quinones said.

On Saturday, February 16th, friends and family gathered at the intersection of 11th street and 18th avenue in Rock Island to put up a memorial.

"It`s been a long and trying year without him," Quinones said. "Without him, there is a lot less joy in the world."

They placed candles, pictures, and flowers at the intersection.

Rick Quinones says he hopes the memorial will remind people of the dangers with distracted driving.

"Your radio station, your cell phone, your text, it's not that important," Quinones said. "People`s lives are more important."