A local family has filed a lawsuit against the Sherrard School District in connection with disagreements over a second-grader’s service dog. 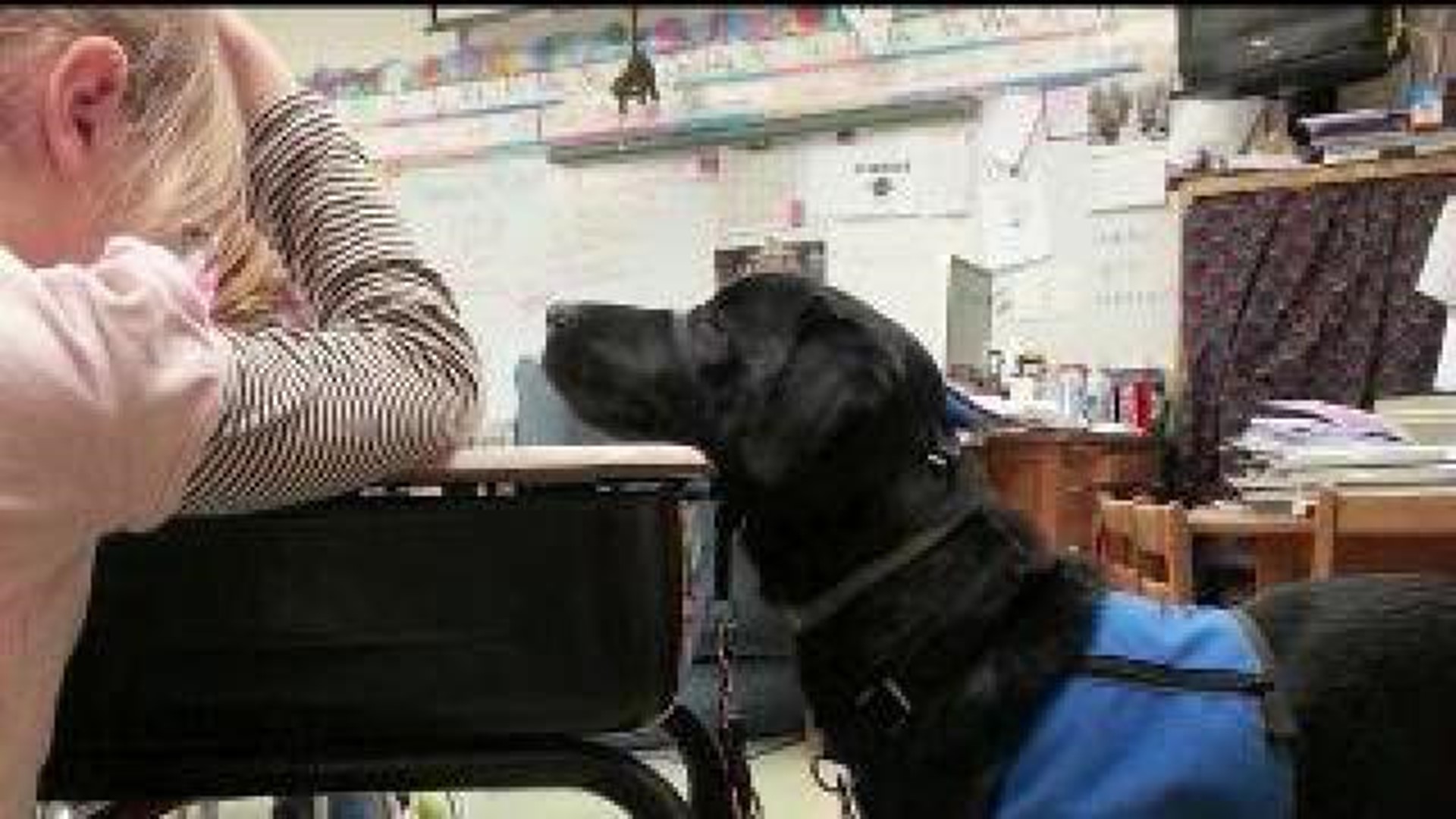 A local family has filed a lawsuit against the Sherrard School District in connection with disagreements over a second-grader's service dog.

Kellsey McGuire was a second-grader at Sherrard Elementary School.  She has epilepsy and, as of January 2014, Kellsey's service dog, Jasper, accompanies her to school and at home.  Jasper is a trained service animal who helps relieve stress that might otherwise contribute to Kellsey's seizures, he gives her physical support and he alerts to any medical emergency the child might experience.

A disagreement between Kellsey's family and a teacher at the Sherrard school has led to Kellsey and Jasper attending a different school.

A lawsuit filed June 25, 2014, in U.S. District Court says the Sherrard Elementary School art teacher, who is wheelchair-bound and who trains service, therapy and facility dogs, had several confrontations with Kellsey and Jasper during the month after Jasper began going to school with Kellsey.

Supporters previously claimed school officials told Kellsey's family she was welcome at the school, but Jasper was not.  The court documents say Kellsey's mother was told twice that she would have to meet with interim superintendent Dick Stolz before Jasper would be allowed to return to the school.

After the second request, the lawsuit says, "Brandi subsequently removed [Kellsey] from school within [the district]."

Kellsey has since enrolled at Jordan Catholic School in Rock Island.

The lawsuit claims the actions of the art teacher and of school officials were discriminatory against Kellsey under the Individuals with Disabilities Education Act, because the school did not "accommodate a bona fide service animal."

The lawsuit seeks unspecified damages for Kellsey's "physical harm and emotional distress," plus the cost of the lawsuit including attorney's fees.

Thursday, the Sherrard School District posted a statement on its website, saying:

Throughout her tenure in the district, the district accommodated the student's needs and provided her with a free and appropriate education. The McGuire's removed the student from the district on their own, only a few weeks after the service dog arrived at the school."