Two events were held on Rock Island Arsenal as a way to commemorate the 9/11 terrorist attacks. 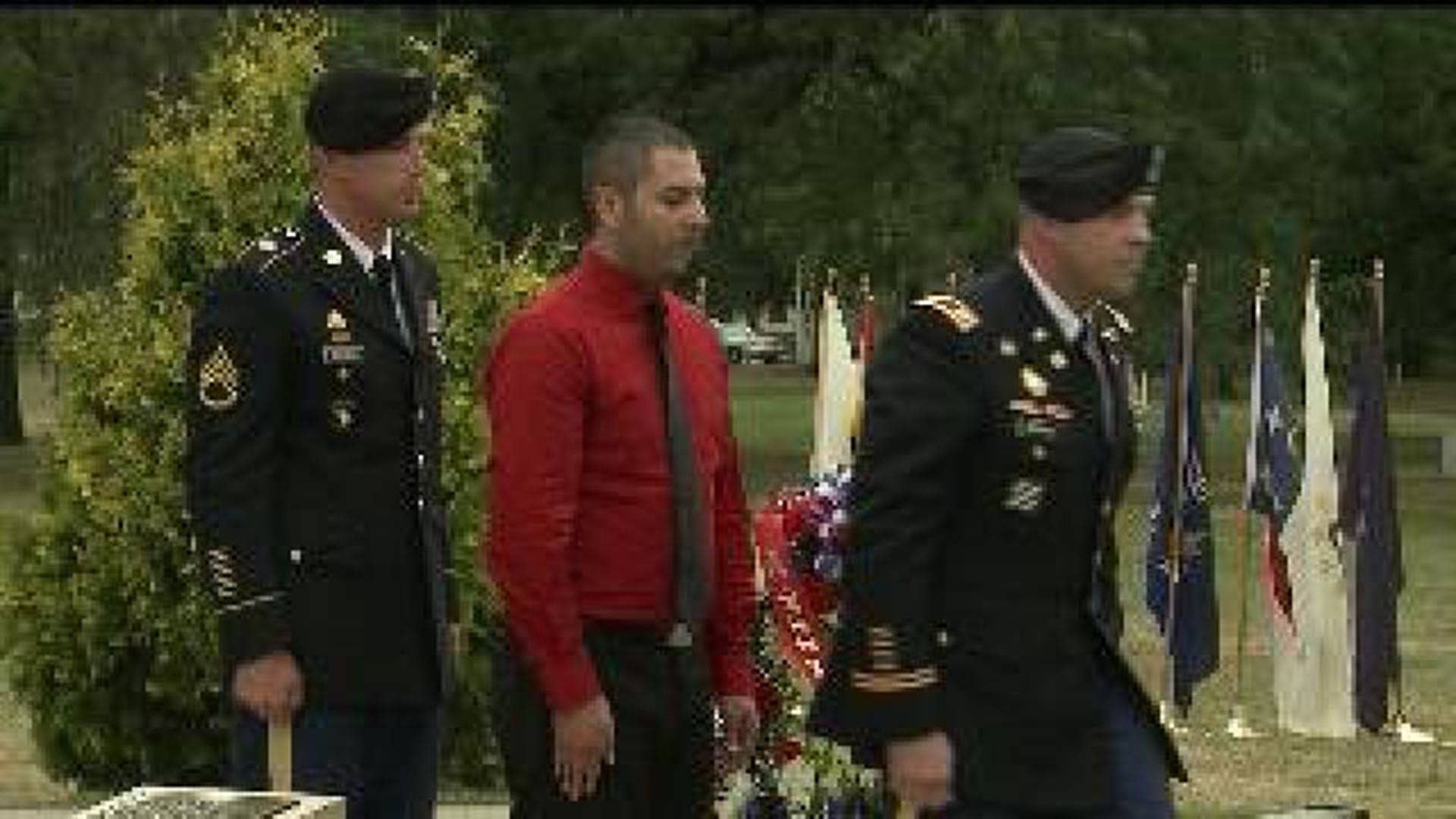 Memorials were held all across the country to honor the nearly 3,000 people who lost their lives when planes hit the World Trade Center's twin towers, the Pentagon and another was brought down over Pennsylvania.

Two events were held on Rock Island Arsenal as a way to commemorate the 9/11 terrorist attacks.

To honor fallen Americans on the 12th anniversary of the September 11 attacks, people gathered for an honorary walk and ceremony held by the Army Sustainment Command (ASC).

The Memorial Walk began and ended at the Twin Towers Memorial on the Rock Island Arsenal. The memorial is located across from Memorial Field. Members from different military branches as well as civilian and contractor employees from the Arsenal participated in the walk.

During the walk, each participant held a bundle of American flags to represent over 9,000 Americans who gave their lives in the 9/11 attacks and in the War on Terror since. The flags were placed in the field near the Twin Towers Memorial.

The second commemorative event was a Remembrance Ceremony. Speaking at the ceremony was deputy commander of ASC, Col. Daniel Mitchell. The ceremony incorporated a wreath laying and the playing of “Taps.”

Across the river in Bettendorf, students at Rivermont Collegiate learned about volunteerism that took place that day.

Later the evening, in Davenport at United Neighbors Inc, they held their annual program of remembrance to honor the victims and survivors of 9/11. This year their theme was community preparedness.

Guest speaker was Mike Bladel, U.S Marshal and former Chief of Davenport Police Department. At the event people vowed to not forget the events that happened 12 years ago but to remember to be kind to one another.