The massacre on Saturday was one of at least three mass shootings to kill and maim residents across the US in the past week. 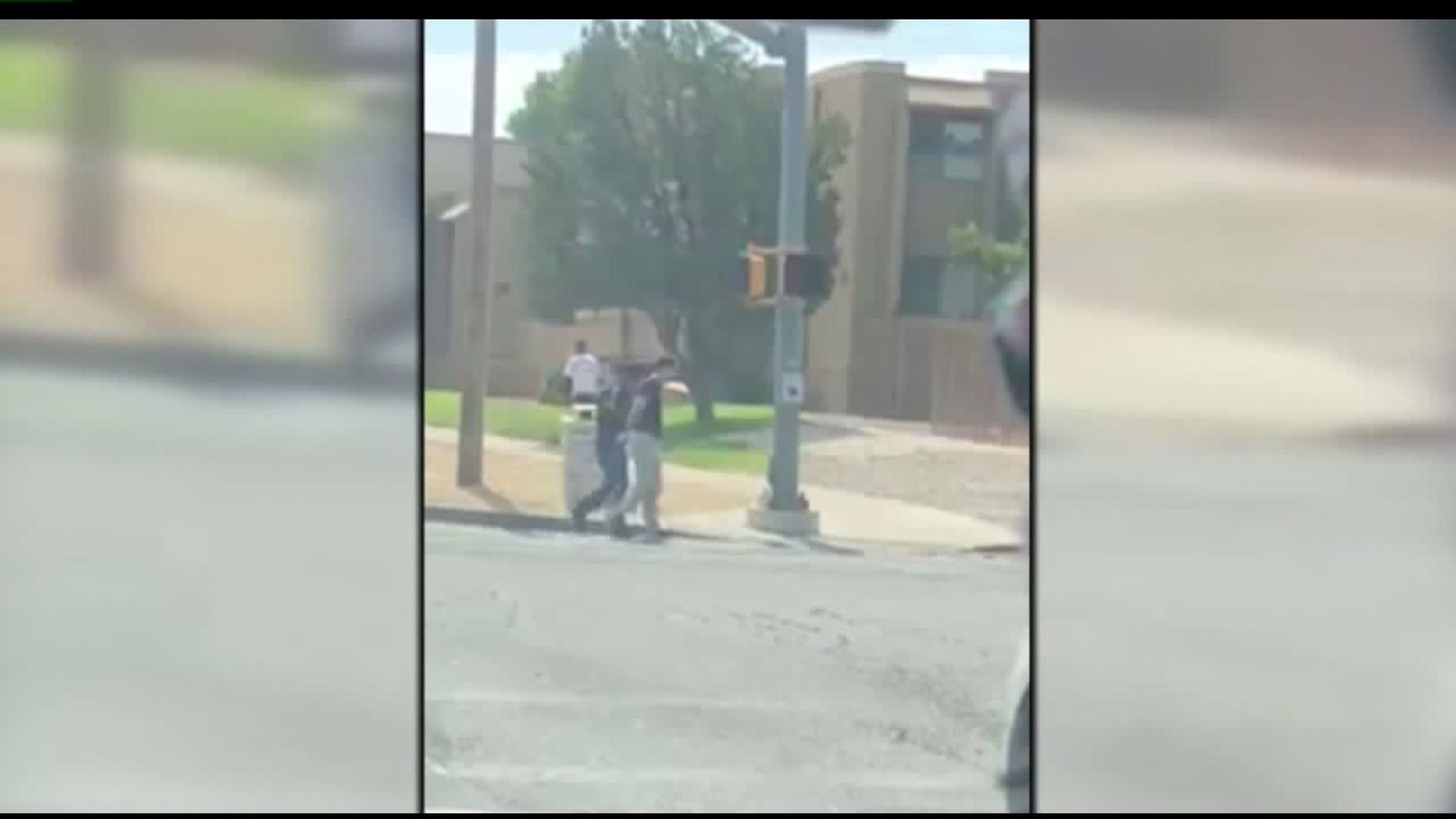 (CNN) -- The 21-year-old white supremacist suspected of killing at least 22 people and injured 26 others at a Walmart in El Paso, Texas wanted to stop a "Hispanic invasion of Texas," according to a political document police believe he wrote.

The massacre on Saturday was one of at least three mass shootings to kill 31 people and maim dozens more across the US in the past week.

But even among that horrific trio, the shooting in El Paso stood out as a domestic terrorist attack designed to inspire fear among Hispanic immigrants to the US. The killing took place at a place along the US-Mexico border frequented by Mexicans and by a man who police believe posted a political document explaining his hatred of immigrants and race-mixing.

The suspect -- who sources identified to CNN as Patrick Crusius -- has been charged with capital murder and is being held without bond, El Paso Police Sgt. Robert Gomez said.

He was arrested without incident Saturday after getting out of his vehicle and approaching police unarmed as they arrived at the Walmart. He has been cooperating with authorities, Gomez said.

Crusius was from Allen, a suburb of Dallas, and had no apparent ties to El Paso County, where 83% of residents are Hispanic or Latino, according to the US Census Bureau.

For his target, the suspect chose one of the largest and safest cities on the US-Mexico border, a place central to the Trump administration's hardline stance on immigration and a city that state Rep. Cesar Blanco called "ground zero" of the administration's family separations policy.

During the shooting, shocked shoppers slid under tables, others ran for their lives, one mother shielded her infant from the spray of bullets while another ran away with her 7-year-old daughter.

As El Paso Police Chief Greg Allen walked into the shooting's aftermath, the scene was "horrific," he said.

"When I first got to this job," he said, "I never knew there was an odor to blood, but there is ... It will leave an impression that you'll never forget."

Authorities are investigating a racist, anti-immigrant document they believe was posted online by the suspect. That document states it took less than a month to plan the shooting.

The four-page document, titled "The Inconvenient Truth," was published on the online message board 8chan about 20 minutes before the shooting. The writing is filled with white supremacist language and racist hatred aimed at immigrants and Latinos, and the author says he opposes "race mixing" and encourages immigrants to return to their home countries.

The 2,300-word "manifesto," as police called it, was attached to a post that read: "I'm probably going to die today."

Some of the language of the manifesto reflects ideas from President Trump, Fox News and the modern Republican party. For example, the document warns of a "Hispanic invasion" and says Democrats are using "open borders" and "free healthcare for illegals" to attract new voters.

The writer cited a fear that an influential Hispanic population in Texas would make the state a "Democratic stronghold" and said "the Republican Party is also terrible" because the GOP is in his mind pro-corporation, which could lead to more immigration.

The writer said he held these beliefs before Donald Trump became President.

He could face the death penalty

Federal authorities are treating the shooting as a case of domestic terrorism, the US Attorney for the Western District of Texas said Sunday, as it seems to fit the statutory domestic terrorism definition. It "appears to be designed to intimidate a civilian population, to say the least," US Attorney John Bash said.

"We're going to do what we do to terrorists in this country, which is to deliver swift and certain justice," US Attorney John Bash said.

The agency also said it's concerned that these and other attacks may inspire US-based domestic violent extremists to "engage in similar acts of violence."

The FBI already established a "fusion cell" this past spring to focus on white supremacists and hate crimes and help coordinate information and investigative efforts across divisions.

Mexico explores legal action against US

On Sunday, Mexican Secretary of Foreign Affairs Marcelo Ebrard called the shooting an act of terrorism against Mexicans in the US and said in a press conference that the Mexican government will look into whether there is enough evidence to solicit the extradition of the gunman to face charges in Mexico.

In a video posted on his Twitter, Ebrard said what happened in the Texas city was "unacceptable" and that "the first judicial actions" the government will take will be in accordance with international law.

"Mexico would like to express its utmost profound condemnation and rejection of this barbaric act where innocent Mexican men and women were killed," Ebrard said. "We are outraged. We do not support the culture of hate."

Among the victims was a mother shielding her baby

Police are still in the process of notifying the families of victims in the El Paso shooting, Sgt. Robert Gomez said. Police have said only that the victims are different ages and genders.

Some families have begun sharing their loved ones' stories.

Jordan and Andre Anchondo were shopping for school supplies in Walmart Saturday after dropping off their 5-year-old daughter at cheerleading practice.

The couple was killed in the massacre, but their 2-month-old son survived after his mom shielded him from the gunfire.

"The baby still had her blood on him. You watch these things and see these things and you never think this is going to happen to your family," Elizabeth Terry, Jordan Anchondo's aunt, told CNN.

Her son, Will Englisbee, told CNN his brother spoke with Angie Englisbee at 10:31 a.m. when she was in Walmart's check-out line. The first reports of an active shooter went out at 10:39 a.m. local time, the police chief said.

"He was an absolutely caring and strong-willed man," Jacklin Luna said. "He was the person that would give any dime and shirt off his back, a meal and a home to anyone."

He loved telling stories of his Army days as a staff sergeant and life with his family.

"He deserves nothing less than the world to know everything he did and the love he had left to share," Luna said. "My nino didn't deserve this, neither did any of the beautiful people that were taken from us."

Leo Campos and Maribel Hernandez were also among those killed, according to CNN affiliate KFOX/KDBC.

They had dropped off their dog at the groomer before heading to Walmart, Hernandez's brother, Al Hernandez, told the affiliate. The family didn't know anything was wrong until the groomer called them and said the dog hadn't been picked up.