The main sticking point in negotiations is over the size of annual teacher raises. 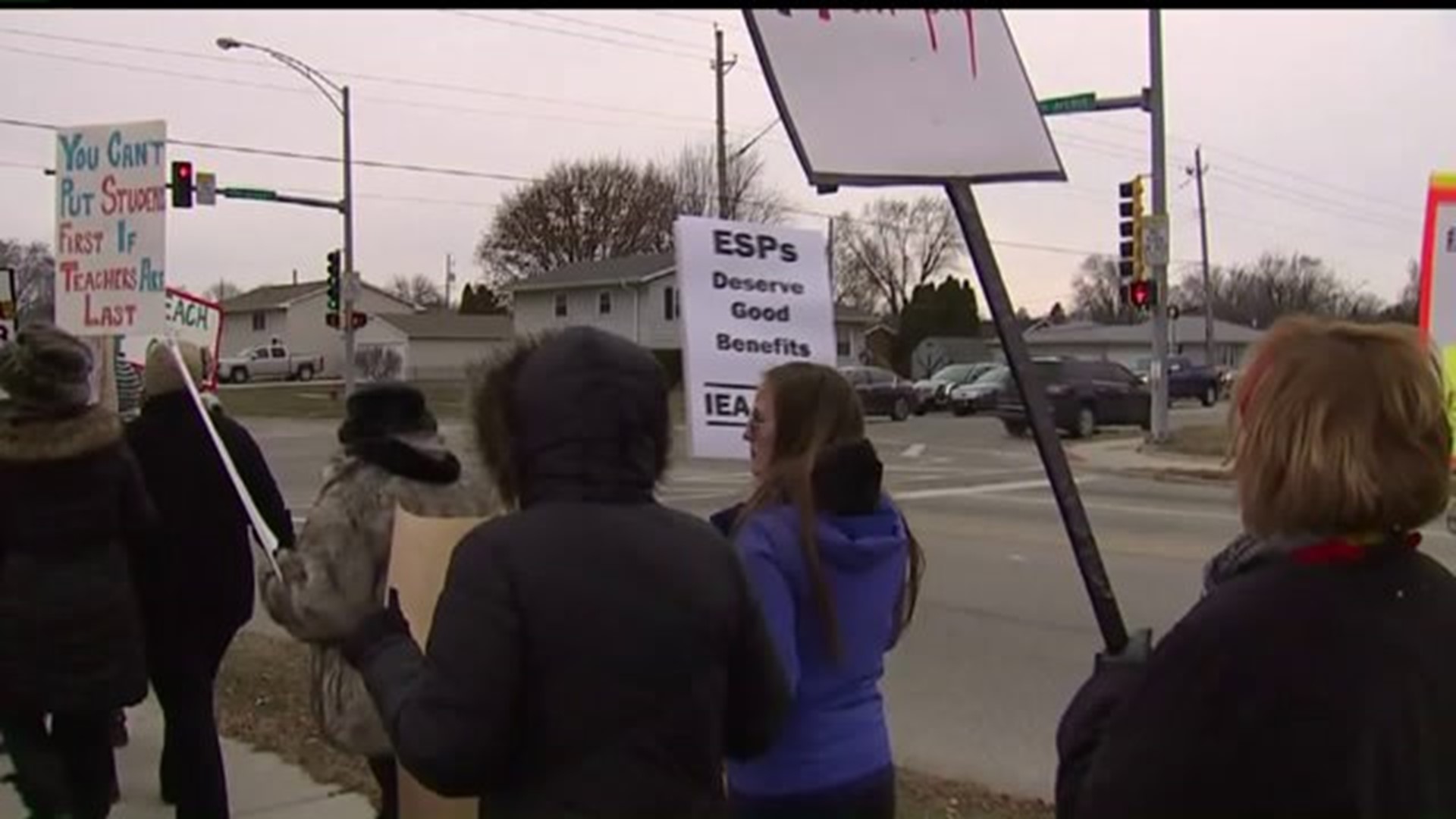 The vote came following negotiations Friday, Jan. 20 between the EMEA and the district. During the Friday meeting, the union lowered its demand of an added 2.5 percent raise to a 1.7 percent raise on top of the yearly raises teachers already see. The board position was to add no more than 1 percent to the raise.

Rich Palmer, spokesman for the EMEA, said teachers have not had an actual raise since 2009. The school board says salaried teachers already get a 2.6 percent raise.

"It's a tough situation for us right now," Palmer said of the impasse with the board. "We felt like we were pushed into a corner and this was our only response. This has been going on for nine months."

Under Illinois law, there is a 10 day waiting period before a strike can take place. Then, a second vote has to approve the official strike. Palmer said he's hopeful an agreement can be reached before a strike begins.

"Let's get back to work and get something done so we can avoid such action for the students of East Moline," says Palmer.

East Moline School Board Superintendent, Kristin Humphries tells News 8 no future negotiations have been scheduled with the education association but says the board is "always willing to meet and negotiate." Humphries says negotiations between the parties are getting closer. "Right now we are $190,000 apart, where a few months ago we were at a million dollar difference. That difference isn't enough to impact the kids," added Humphries.

A timeline for when the education association will strike has not yet been decided. The earliest a strike date could be set is in February in order to meet state regulations.