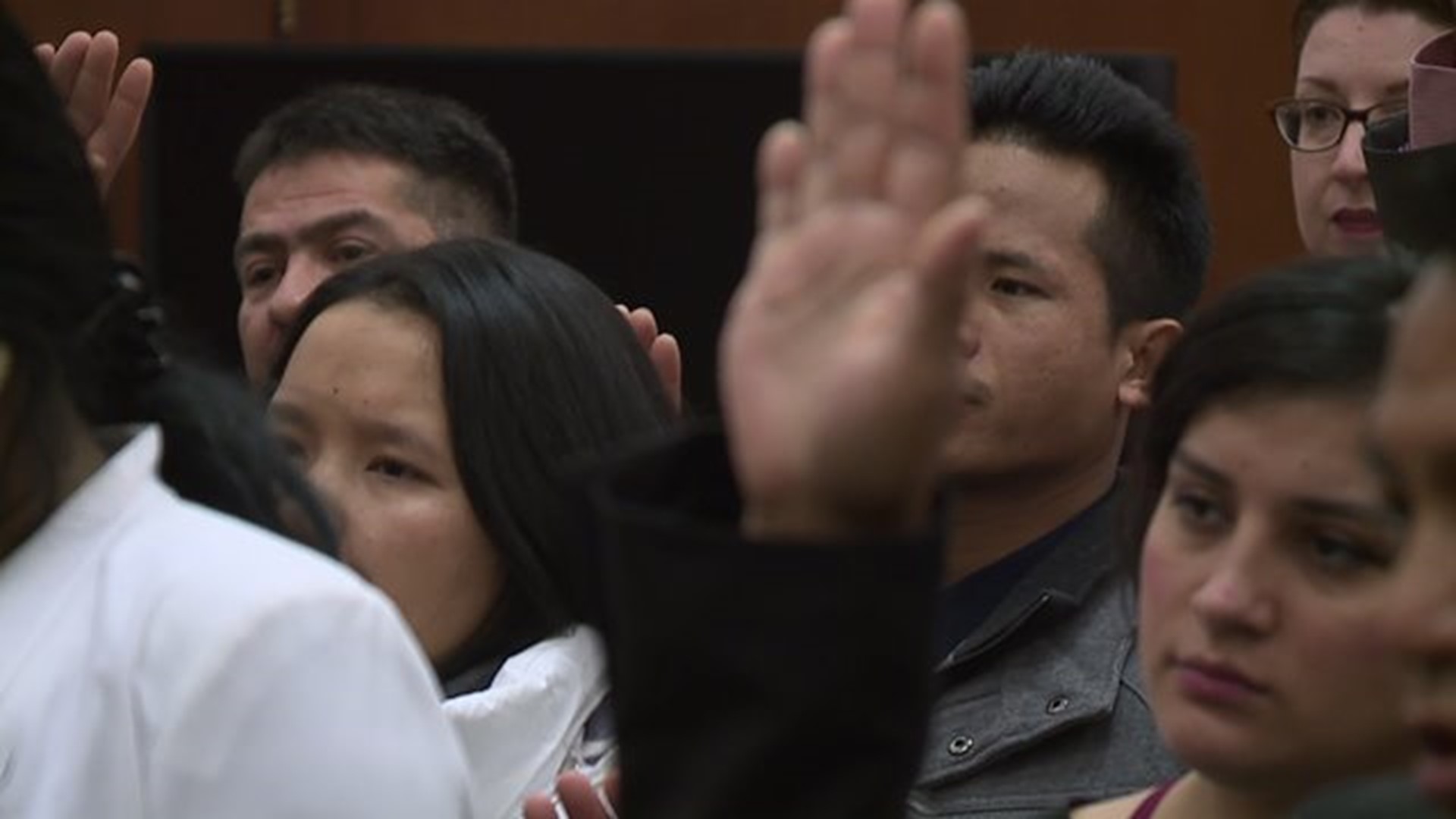 During the ceremony, 53 people from 24 different countries pledged their allegiance to the United States of America and officially became U.S. citizens.

For the country's newest citizens, Trump's inauguration added even more significance to the day.

"It does," said Catherine Denial, who originally came from the United Kingdom. "My politics do not match the new president's politics, but I'm proud to be part of the same American experiment that he is."

Many also expressed their excitement for the new administration.

"It's a day I can't even forget. I'm a Donald Trump supporter, and then today's my day, I'm a citizen, so I'm so happy that everything's going great again," said Freddy Nsunz, who came from the Democratic Republic of Congo.

The majority of the new citizens came from Burma, but countries including Mexico, India, Nepal, and Sudan were also represented.