The dusty and gravel roads can cause bikers to lose control of the motorcycles. 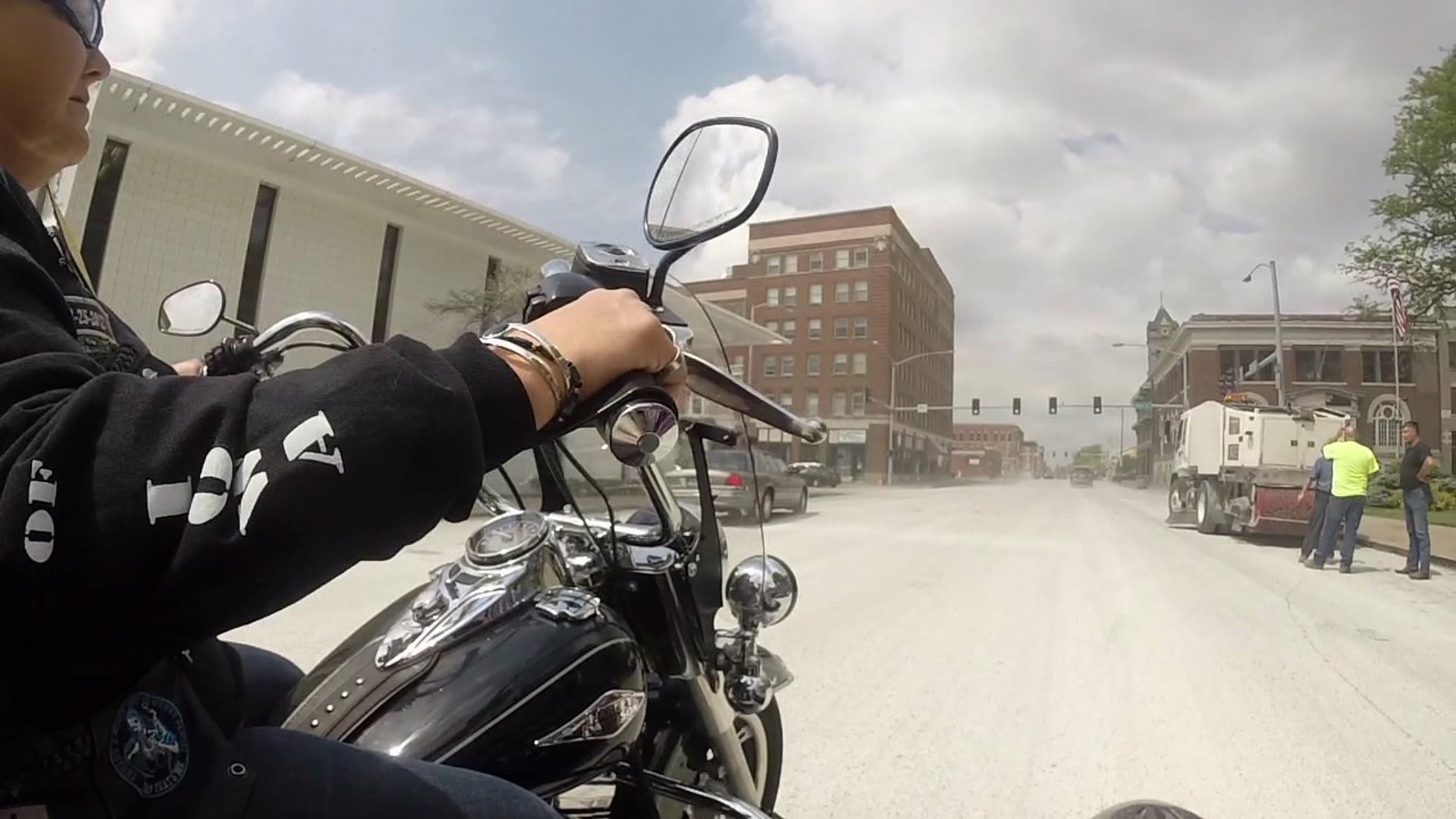 The city recently started repairing the roads. The process is known as "cape sealing" to help extend road life.

But the process is causing trouble for riders like motorcyclist Penny West.

"It's a dangerous situation the obvious is the loose gravel on main street where they put it down," says West.

Unexpected loose gravel could cause riders to lose control of their bikes on the road. The affected areas are on 4th Street from River Drive to Harrison, 2nd Street from Harrison to Western as well as six other areas.

The city put out a statement advising drivers to slow down and allow for more stopping distance but West says there needs to be more awareness.

As an Illinois rider she says those outside of Davenport may not be aware of what's going on especially since it covers a large portion of the area.

"If you think about downtown where are you going to avoid it?[...] There are hazards all over the place so you could come across it really quickly and not be able to have an alternative plan," says West.

West is also vice president of a motorcyclist group A.B.A.T.E of Illinois, a non-profit organization that works to speak out on motorcycling rights.

She says through education and awareness can motorists prevent accidents and injuries on the road.

One thing she wants the city to be aware of is making sure the signs can be seen clearly by riders.

"I get we got to have road repair.[I] have no problem with that," says West,"but in all honesty a closed safe road because we're concern about hazards with an alternative safe route it might be better because people can see those markings."

The city states the roads are to remain open because driving on the gravel helps pack down the limestone and oil.

So West advises riders both experienced and new to avoid the area if possible.

"I’ve seen the best riders at times have an issue with unexpected gravel," says West, "and a new rider isn’t going to know on this gravel their bike might slide when they come to a stop."

When bikers lose control on the gravel they need extra space to adjust their motorcycles accordingly, but not many drivers are aware of that.

But West says ultimately the responsibility falls onto the motorcyclist.

"You got to judge it on your own skill level, 'Do I want to take on gravel at noon when it’s busy and run the risk of having an issue?', you gotta decide that," says West.

And it all comes down to being prepared.

"Be aware that it is a hazard. Plan appropriately, be safe and we’ve always got to be on the look out because simply put if we don’t we pay the price," says West.