If approved, the wasps could be introduced in June 2020, provided at no cost to the city. 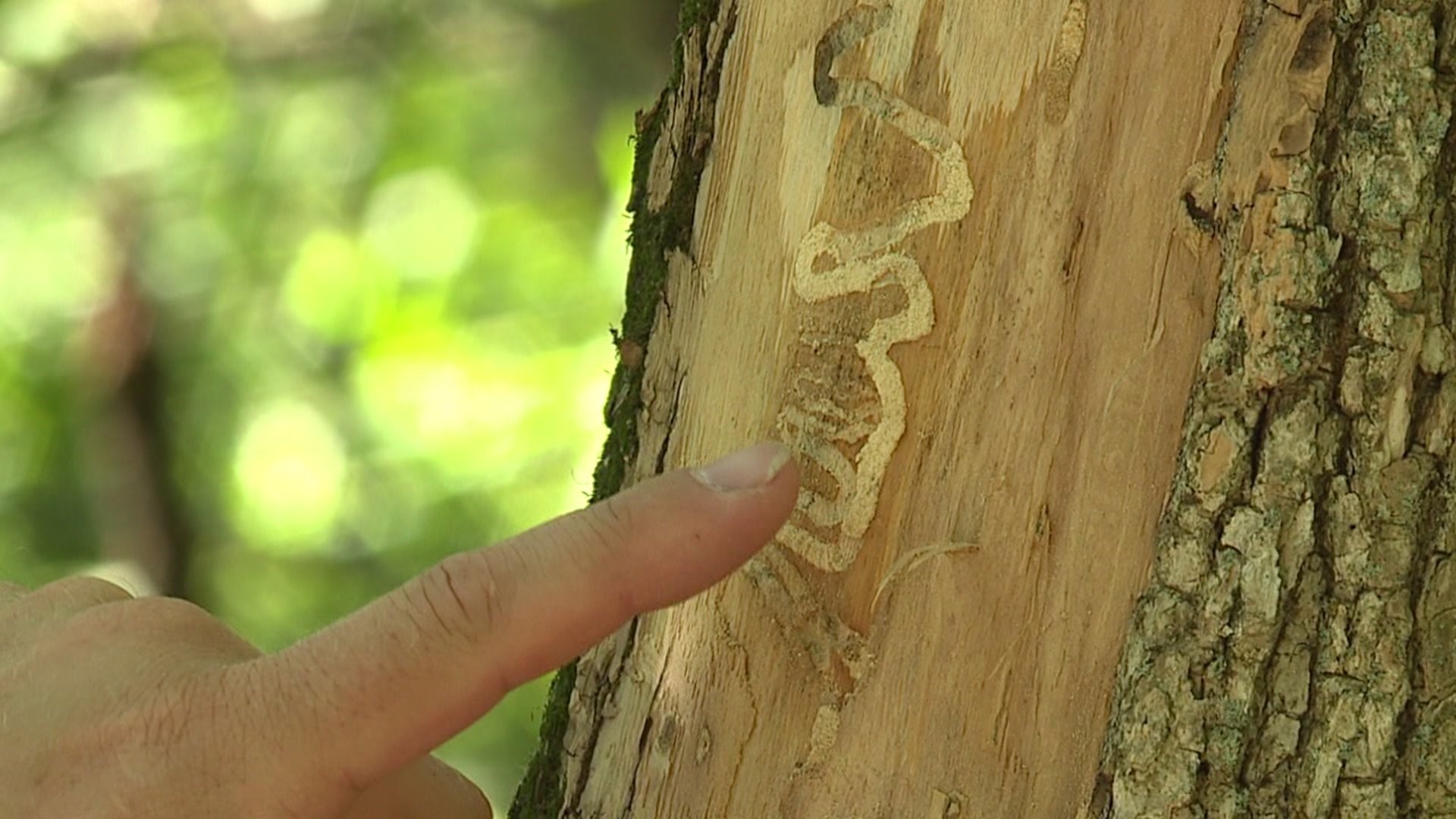 DEWITT, Iowa-- The emerald ash borer has wreaked havoc on ash trees in the United States of more than two decades, spreading to more than 30 states. But now another insect could be the key to stopping it.

"It's like a predator that goes and just seeks out one particular thing," says Kevin Lake, the DeWitt Parks and Recreation director.

Lake has been working with the Iowa Department of Agriculture and Land Stewardship to introduce a new wasp to Westbrook Park.

"There's a lot of ash trees in this park," Lake says. "So when you start to eliminate big parts of trees in the park, you'll start to change the way it looks. So obviously we want to keep the trees up to keep the habitat the way that it is."

"The parasitoids (wasps) have been vetted and closely monitored, and it's been determined that they're safe," says Mike Kintner, an entomologist with the Iowa Department of Ag.

Kintner says the wasps have been introduced in two other Iowa counties already to fight the spread of emerald ash borers. They are sting-less and haven't had a negative impact on the environment.

Kintner says emerald ash borer was first found in the U.S. in 2002 but had likely already been damaging ash trees since the early 90s. He says the insect's larvae damage ash trees by burrowing through the parts that transport nutrients and water, typically killing trees from the top down.

"They make these sort of serpentine galleries, these s-shaped tunnels we call them," he says.

The Asian wasp Kintner hopes to introduce in Westbrook Park wouldn't get rid of all the ash borers.

"It's all really about the future wave of ash trees," he says.

By controlling the number of ash borers in the forest, he says it gives future and young ash trees a fighting chance.

"It's really a shame this insect's having a huge impact," he says.

Kintner says the City of DeWitt can apply in the spring to receive wasps from the U.S. Department of Agriculture. If approved, the wasps could be introduced in June 2020, provided at no cost to the city.

There are lots of criteria to be part of the program, Kintner says, and private property isn't eligible for the project yet.