Judy Hertig was sitting at home when a contractor knocked on her door saying he saw hail damage on her roof and siding. She signed on the dotted line for $40,0... 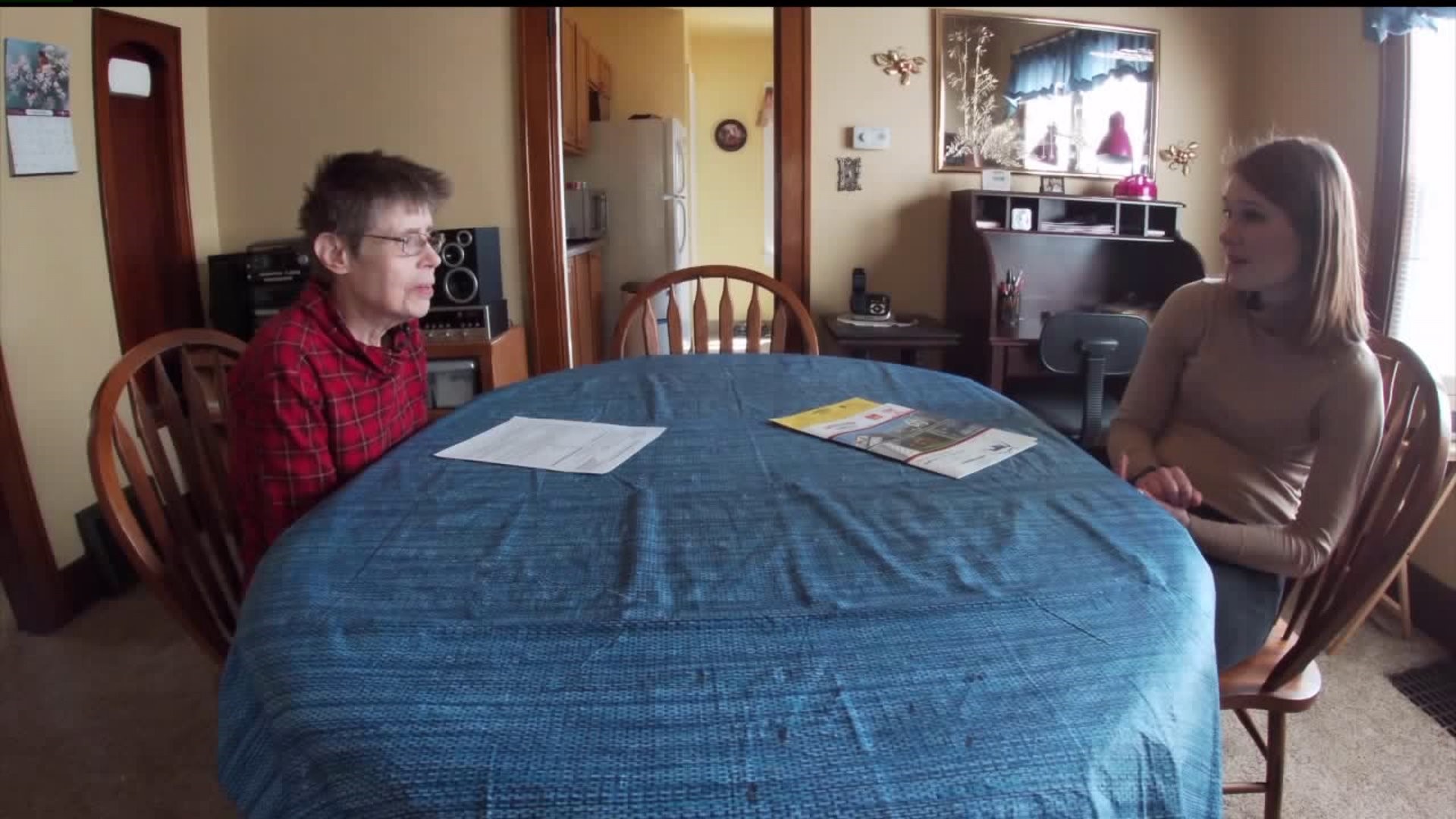 DAVENPORT, Iowa – A Davenport woman is now trying to get out of a $40,000 contract she signed after a local roofing contractor came to her doorstep an talked her into the agreement.

Finding someone to trust can be difficult, which is why Judy Hertig confides in very few.  Last week she was caught in a situation when a roofing contractor, called American Dream Home Improvement, knocked on her front door.  The contractor told Hertig she had hail damage and needed to get her roof and siding replaced.

Hertig let the contractors into her home and ended up signing on the dotted line.

A quote that high could frighten anyone, which is why Hertig called her insurance agent, Larry Thein, who was at her front steps in a moment’s notice.

“I said who do you trust, do you trust me or these guys?” Thein remembers. “And she said, ‘I trust you’.”

Thein has been on Hertig’s side for six years, and when he recognized she was being taken advantage of he decided to get involved.

We at News 8 decided to call the contractor ourselves to hear if that $40,000 was the price he quoted.  He told us to contact his boss and would not answer the question.  He later hung up the call.

“After Larry said they have a bad reputation, I decided I wanted to cancel,” Hertig says.

Now, Hertig is focused on canceling her contract and questioning who she can count on.  She says she’s afraid of the contractors coming back to her front door.

Hertig had another contractor come out and quoted her $7,800 for a repair on her roof and siding.

These scams from American Dream Home Improvement have been happening all across the Quad City area after reading reviews. They try to make a sale to customers by going door-to-door.

Later, American Dream Home Improvement reached out to News 8 with the below message:

“At ADHI, we pride ourselves on ensuring complete consumer control and transparency from the first point of contact with homeowners. Our sales team is required to follow our mandatory two-step process specifically designed to provide homeowners an added level of protection. We put these checks and balances in place so that no work and no purchasing of materials can begin until both the homeowner and the insurance company approve the proposal.” - American Dream Home Improvement