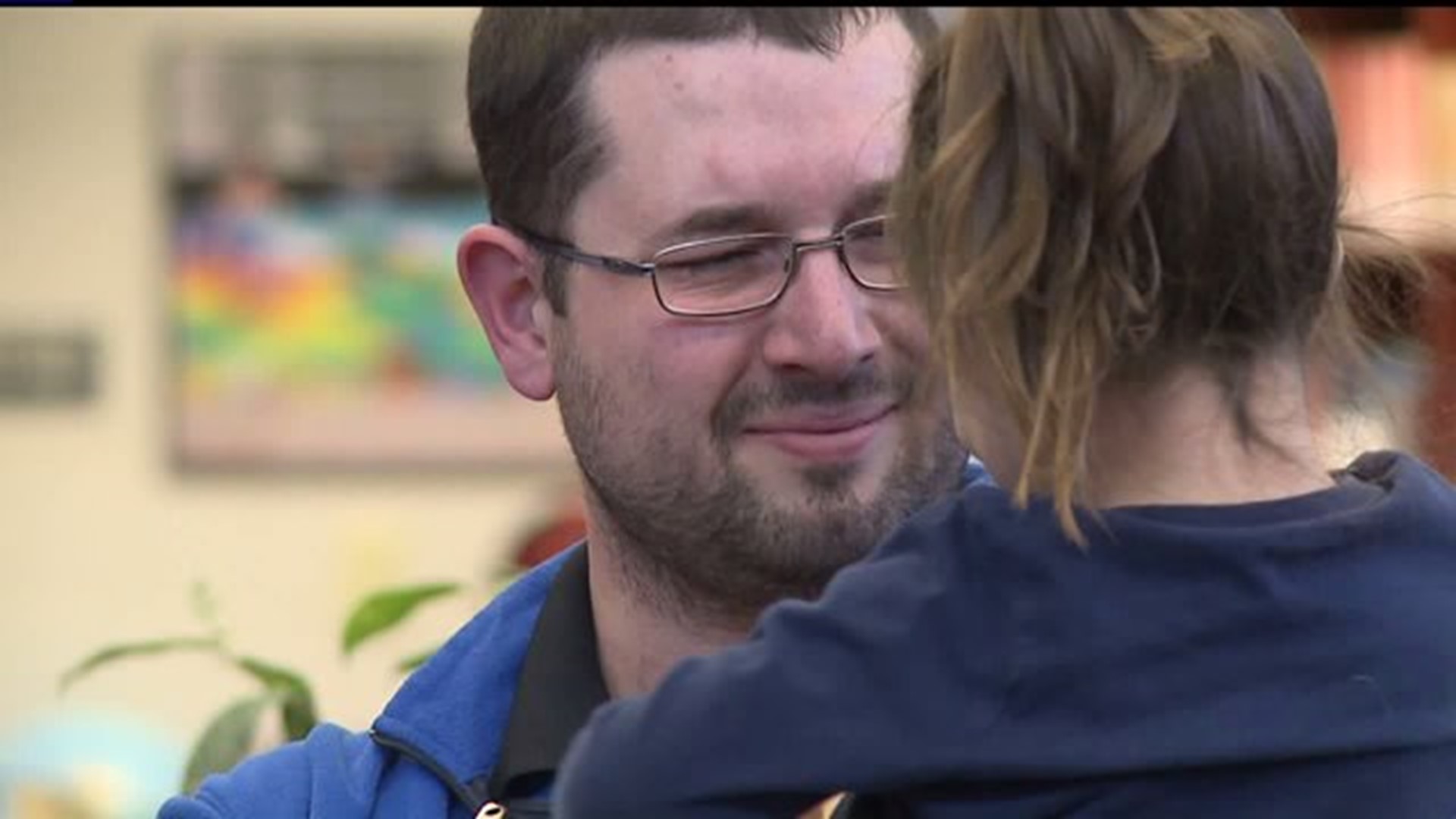 An emotional Smith accepted the award, as students and faculty clapped at a surprise presentation in the library at Davenport West High School on Friday, February 3, 2017.

"I saw something on Twitter yesterday that another teacher had been awarded in a different region and I was like, 'oh I wonder when they’re going to award our area?' So yes, I was a little surprised," said Smith after his acceptance.

Smith's young daughters ran into his arms when he accepted the check. One of them overheard saying, "Daddy, we're so proud of you!".

"I’m not often speechless like that, it was pretty emotional to see my family here," said Smith, adding, "My mother and father in law were here as well. My parents drove about 6 hours to get here - that was nice to see that they could be here for that."

Smith works with students at the INSPIRE Academy who are working on taking their robots to the next level. He's been teaching at Davenport West High School for five years. Prior to being a Falcon, Smith was a teacher in Geneseo, Illinois for seven years.

According to the Governor's STEM Advisory Council, the I.O.W.A. STEM Teacher award was created in 2014 to celebrate STEM (Science, Technology, Engineering, Math) teachers who are 'Innovative' in their methods, 'Outstanding' in their passion for education, 'Worldly' in how their students see that STEM is all around them, and 'Academic' in engaging students both in and out of the classroom.

Smith plans to use the $1,500 for his classroom on a couple parts for the high school's CNC machine that was purchased a couple years ago.

It's technology like the CNC machine that offers Smith's students a unique learning tool.

"I had a couple female students in my class and I had them start pressing buttons. They were like, 'oh, we really don’t want to do this,' and about five minutes later, I couldn’t get them away from the machine - they were really excited about what they were doing," recalled Smith.

He brings relevant technology inside the classroom so students can get excited about learning.

"Now I’ve got them excited about doing something other than reading out of textbook," said Smith, "It's working with their hands - they can see that I can make something on the computer then I can have the machine make it for me."