Please be reminded not to drink floodwater or to play, wade, walk, bike, or drive through floodwater. Floodwater can carry unseen hazards such as debris and bac...

DAVENPORT, Iowa- The city has issued a new statement on there flood plans, and there are several changes of note.

The Mississippi River is forecast to crest at 17.1 feet on Saturday. At predicted river levels with rain in the forecast, it is possible portions of River Drive will be closed due to water over the road. The HESCO barriers ARE NOT being installed at this level. Drivers may want to avoid River Drive. A detour will be in place if closures are required. Many riverfront locations will be accessible using north/south streets. A detour route map is available at https://cityofdavenportiowa.com/UserFiles/Servers/Server_6481372/File/Departments/Public%20Works/Flood%20Detour%20Oct3.pdf

In a press release the city says that after cresting on Saturday, the river is currently forecast to hover around 17 feet. The river may recede a little further and re-rise late next week or early the week of Oct. 14. The next flood update is expected on Monday.

Following is a summary of flood-related actions taken by the City:

Sandbags are available to those affected by predicted river levels. Call public works at 563.326.7923 or submit a request online at https://yourgov.cartegraph.com/ to receive information on the location where sandbags can be picked up.

Please be reminded not to drink floodwater or to play, wade, walk, bike, or drive through floodwater. Floodwater can carry unseen hazards such as debris and bacteria. 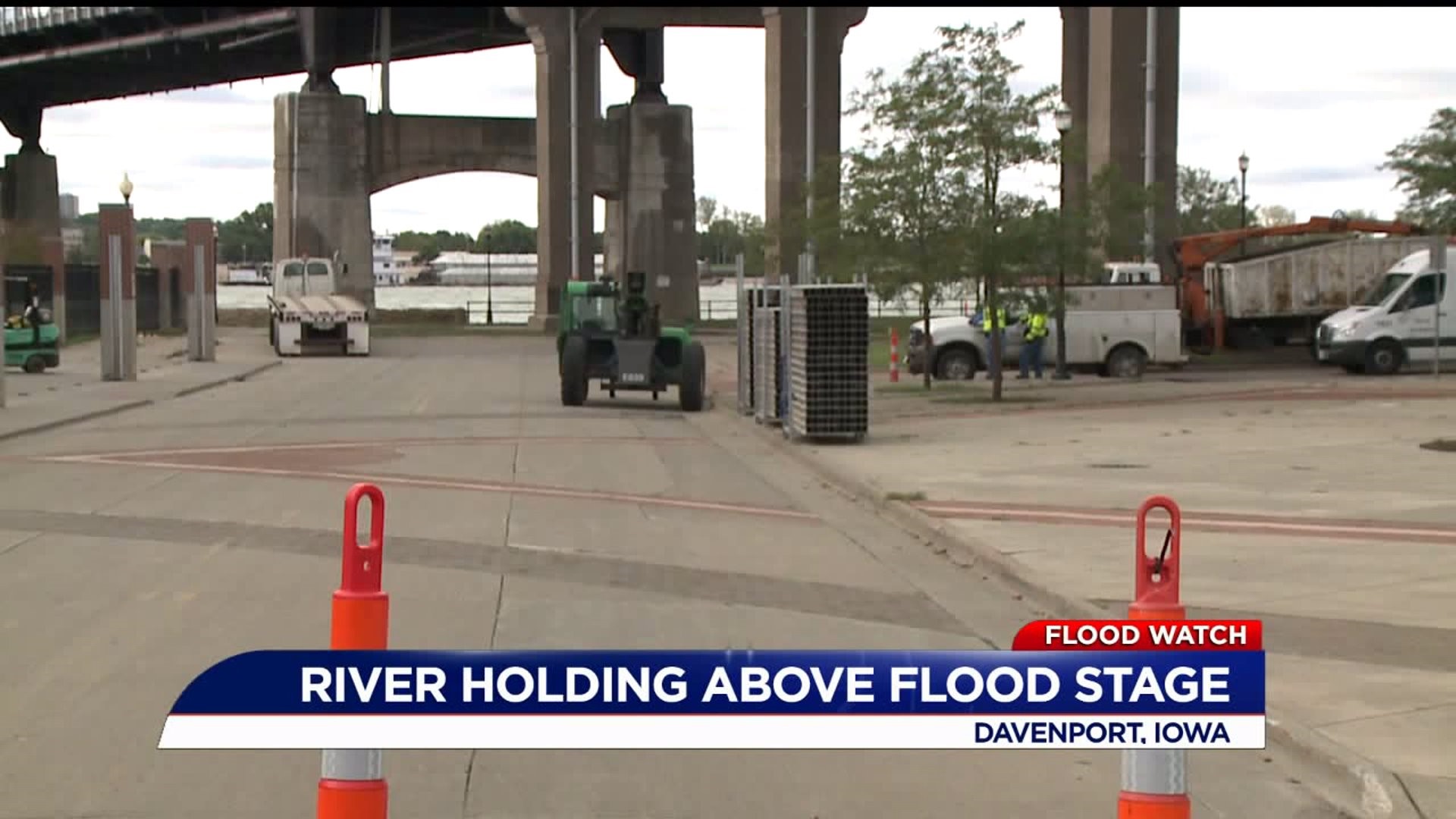