The response laid out eight areas it says show that Washburn’s “bad decisions and poor judgement” led to her termination. 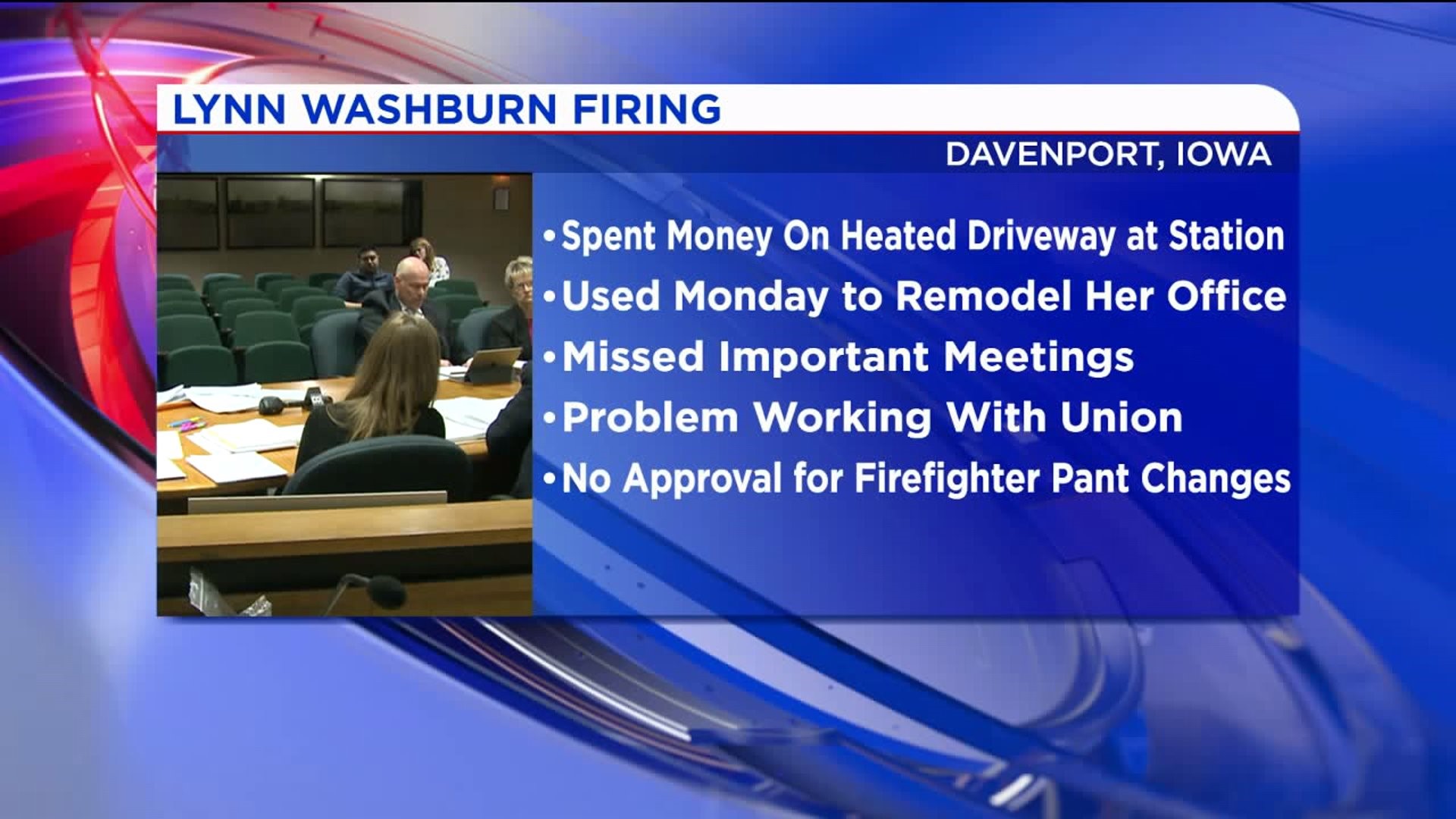 In an e-mail to News 8, attorney Michael Carroll writes that Washburn will "not litigate it in the manner the City is choosing to pursue".

In a memorandum released earlier in the day, City Administrator Corri Spiegel criticized Washburn for detailing her allegations to the media, creating the necessity for her to "respond to the false and misleading accusations and implications it contained in a public fashion."

The response laid out eight areas it says show that Washburn's "bad decisions and poor judgement" led to her termination.

You can read the details of the allegations in this PDF document that accompanied Spiegel's memo.

Hours later, Washburn's attorney challenged those allegations saying Chief Washburn "is glad to have the benefit of seeing, for the very first time, all of the purported reasons the City of Davenport terminated her contract—reasons the City refused to share with her until posting them on its website many months after terminating her contract".

Attorney Carroll also writes in his e-mail that "it should come as no surprise that the City’s story is not consistent with the Chief’s experience."