Flood preparations are underway in Davenport for the fourth time this year, and the rising river could mean changes to your Fourth of July plans. 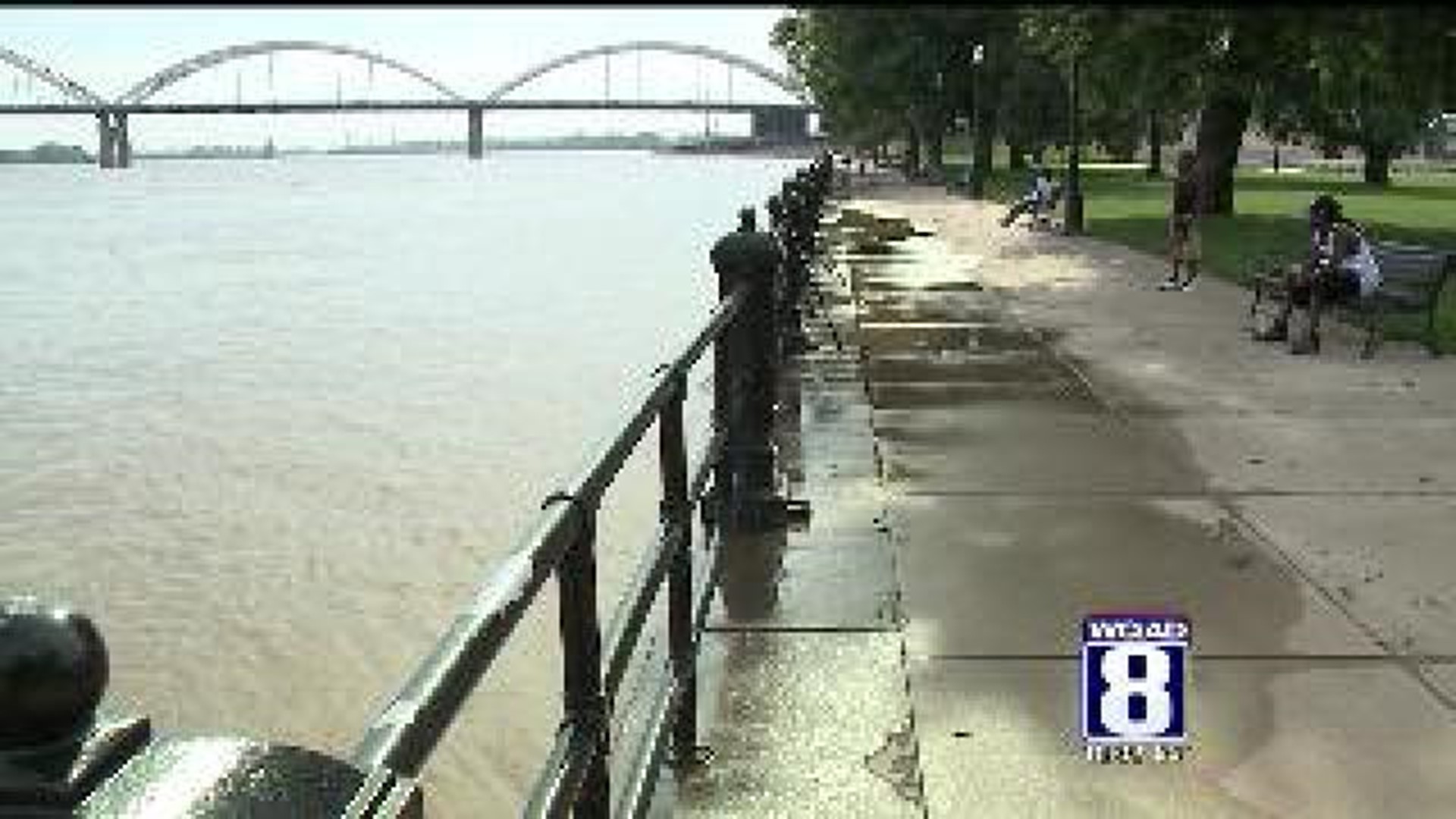 Flood preparations are underway in Davenport for the fourth time this year, and the rising river could mean changes to your Fourth of July plans.

Beginning Wednesday morning, River Drive will be essentially closed from Brady Street to Third Street as crews start to put Hesco barriers in place once again. Credit Island remains closed, and Concord is closed between Wapello and Miller. Crews are also installing the floodwall at Modern Woodman Park.

All of those flood preparations have been well-tested this season.

“I have not met anybody that’s told me they remember four floods in one season, so I’m guessing this might be a unique situation," said Davenport Public Works Director Mike Clarke.

On Sunday, June 30, the Mississippi River is expected to crest at 19.1 feet, roughly four feet above flood stage. The water will likely stay up for several days, making LeClaire Park inaccessible for this year's Fourth of July festivities.

The park is usually the site for Davenport's vendors and activities during the annual "Red, White and Boom!" fireworks show. Due to the expected flooding, the festivities have been moved downtown to 2nd Street, between Main and Ripley.

"They will simply be relocated a few hundred feet inland to ensure that we are all safe and sound, and well above water," said committee chairman Ken Croken.

Tuesday, city officials echoed Croken's remarks, insisting that the show will go on regardless of river levels.

"All of the parties that are planned, "Red, White and Boom," and everything else that you want to go downtown to see, do and enjoy... that is all still there. Nothing has been cancelled, you just may have to be a little bit creative about how you get around the detours," said Clarke.