Davenport city leaders continue to look at the best way to overhaul Citibus routes, which will go live July 1, 2016. 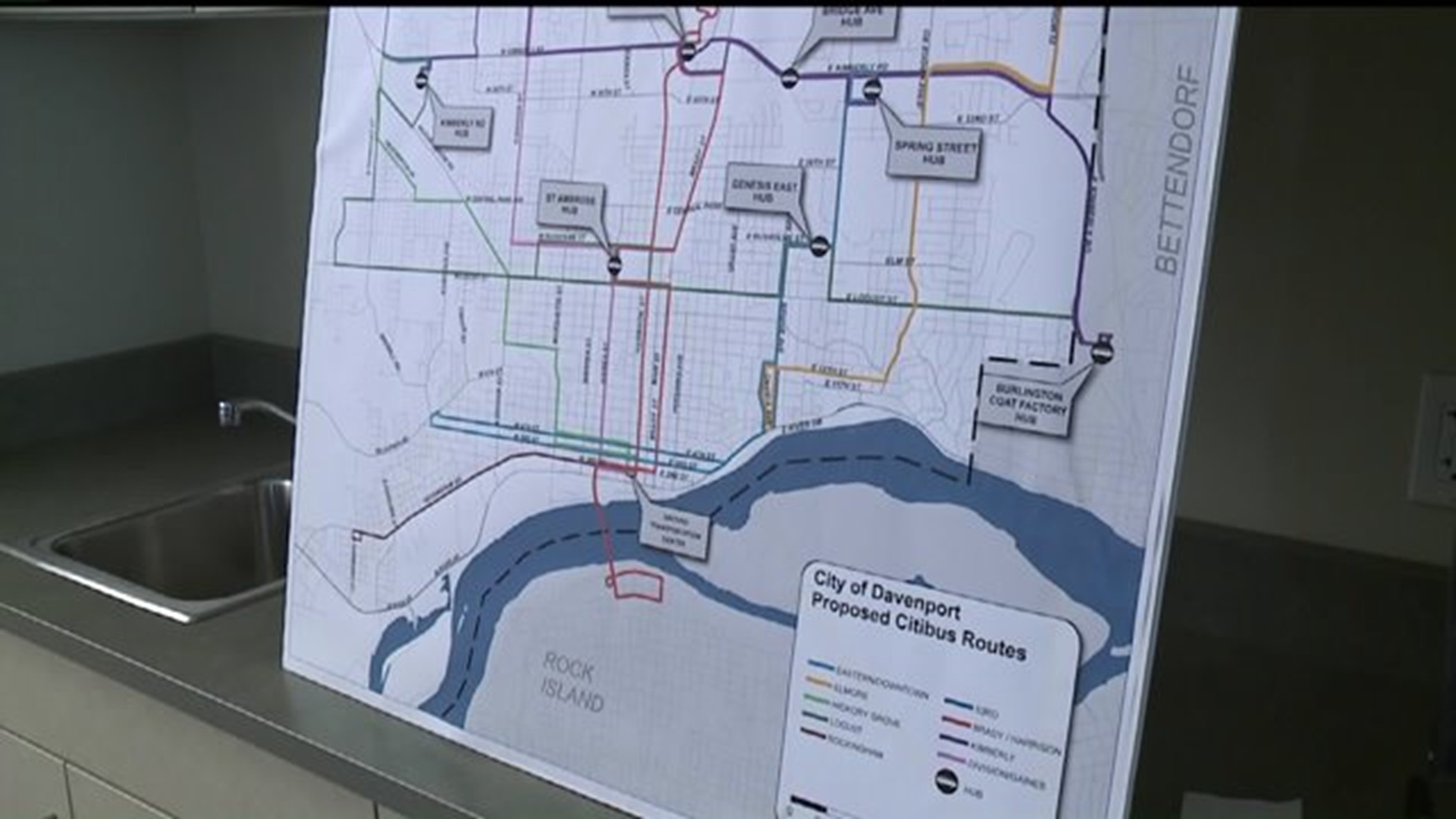 Safety concerns with the current system are being address with new hubs and sidewalks being built. Right now, funding is also a concern with CitiBus running at a $500,000 deficit.

Riders talked about their concerns with the future of CitiBus today with city leaders.

"We certainly understand the level of passion that goes along with it. For a lot of people this is how they get around town, its how the go to the store to buy their food and things like that, so it really is something we take very seriously when we talk about changing the routes. We want to hear from them, and we want them to be included in that conversation," said Brandon Wright, Davenport's finance director.

Bus stop locations are still being pinned down with the help of rider input.

Timing of the new bus schedule is the next step. The new system is set to go live July 1, 2016.