A young Davenport woman is being called a hero for saving a woman’s life. The two met this weekend. 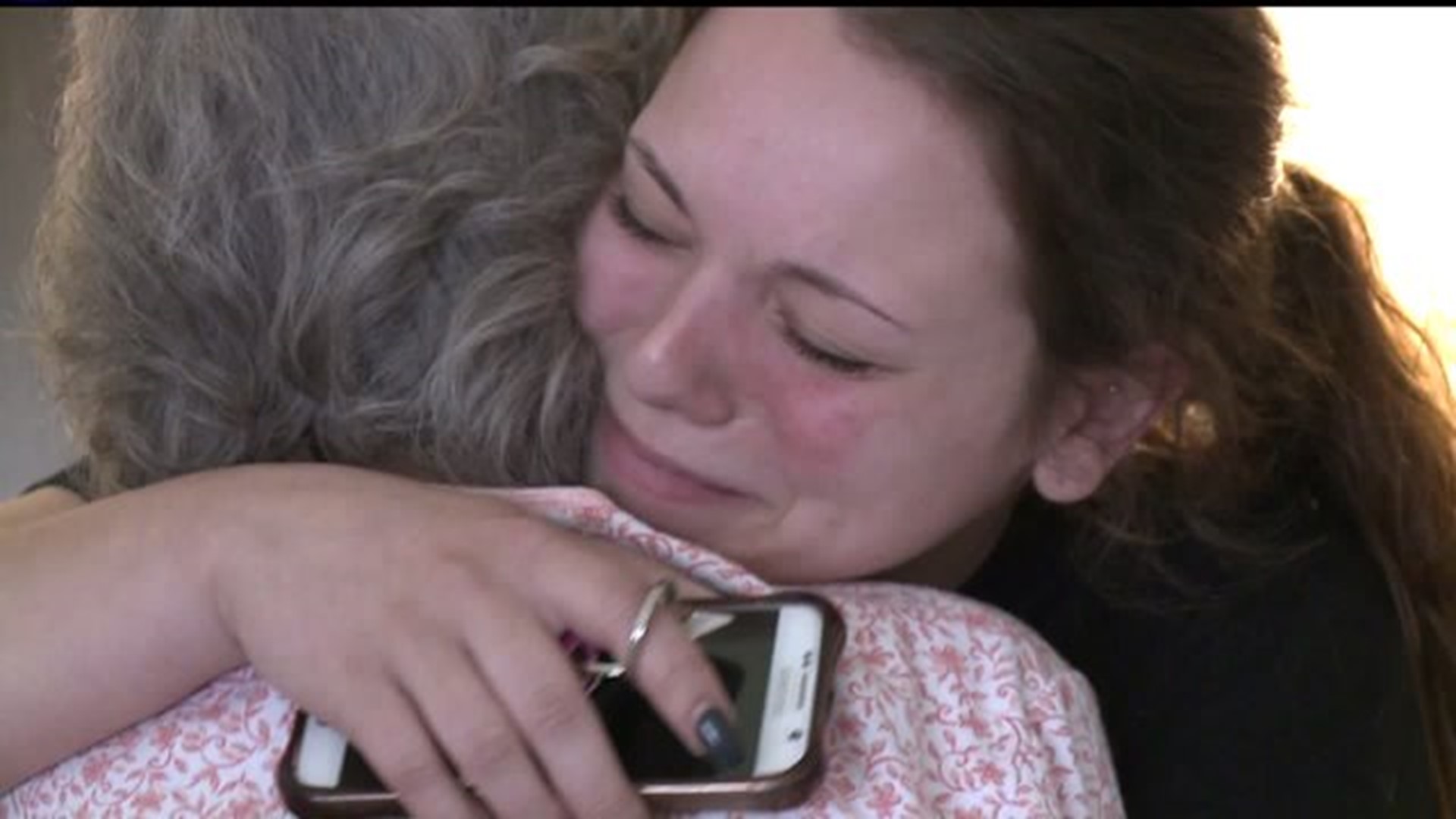 "She's really the core right now that keeps us all together. We are just a really close family all the time," says Mary's daughter BethAne Longner.

But back when Mary had a massive heart attack in the Walgreen's parking lot at 1525 E. Kimberly Rd., Davenport, it wasn't her family who was with her. It was 20-year-old Cassie Rogers, a stranger at the time.

Cassie was at Walgreens to buy dog food, she hadn't even brushed her teeth yet. When she arrived, she saw Mary slouched over in the driver's seat unconscious. She was revving her engine while the car was in park.

"We really feel that she saved our mother's life," says Longner.

On Saturday Mary finally met the 20-year-old girl who saved her life face to face.

Through a lot of tears and warm embraces, the two caught up and got to know each other in Mary's living room surrounded by dozens of family members.

Cassie hasn't stopped thinking about the near fatal event. She says she's not a hero. She just happened to be in the right place at the right time.

"If you see something that's not right and you know it's not right, go help. Don't be one of those people who walks by saying, I don't care, I don't know them, Go help. Maybe someone's going to help you," says Rogers.

The family considers Cassie their guardian angel and now  a permanent part of their family.

"She's just an extension of us now. She won't realize how much she'll be a part of our lives. I don't think any of us will let her go of her now that we found her," says Longner.

The family says doctors told them out of all the people who have the type of massive heart attack Mary experienced, less than 25-percent survive.