Smith was booked into the Scott County Jail on Tuesday, Sept. 12. 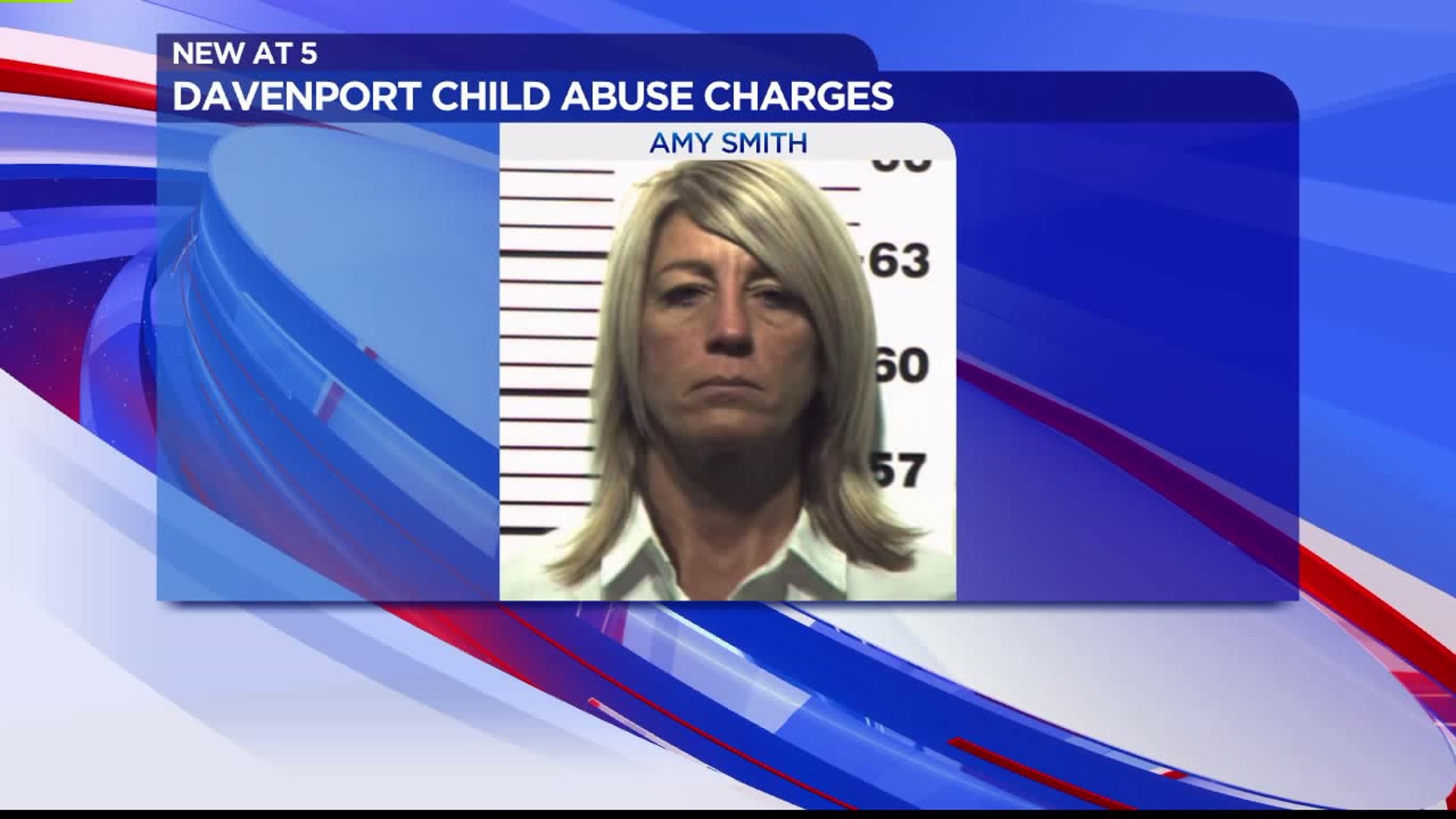 DAVENPORT -- A home daycare provider has been arrested and charged with four counts of child endangerment causing serious injury to two infants.

Amy E. Smith, 44, who operates a daycare out of her home on Jersey Ridge Road, was arrested on Tuesday, Sept. 12 after a five-month long investigation.

Davenport police have released arrest affidavits related to the case, but are not divulging much additional information.

According to the affidavits, officers were dispatched to an area hospital on April 27 in reference to reports of suspected child abuse. An infant at the hospital had numerous acute injuries, including fractures to the left leg and left arm, a fractured right wrist and a rib fracture "consistent with being squeezed."

The investigation indicated those injuries occurred on April 26, while the infant was in the direct care of Smith.

During the course of that investigation, it was also learned that a second infant had been injured while in the care of Smith on Nov. 16, 2015. That child received multiple bruises on the face and head, lacerations under her eye, on her mouth and on her wrists. The affidavit states that Smith said the child was injured when a milk crate she was pushing fell on top of her. However, a doctor at the hospital said the injuries were not consistent with an accidental injury and that abuse was suspected.

Police did not say whether Smith herself is suspected of causing the injury. The charge of child endangerment causing serious injury states "being a person having custody or control over a child, knowingly act in a manner that creates a substantial risk to the child, physical safety, resulting in serious injury to the child."