Dozens of business owners downtown Davenport are banding together, urging city leaders to help them recover from the flood breach. 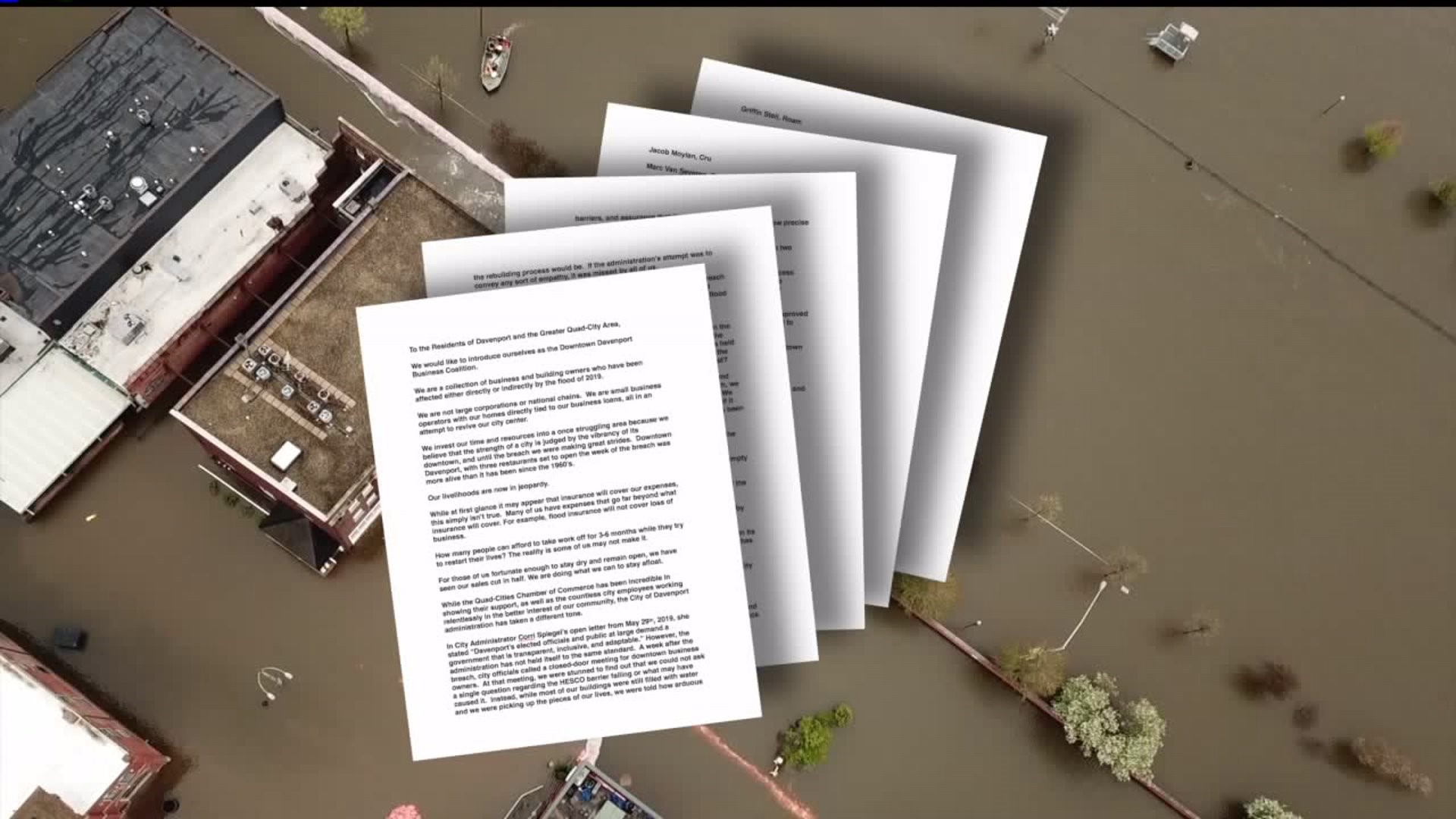 DAVENPORT-- Davenport business owners, directly or indirectly affected by 2019 flooding, are coming together to urge city administrators to help them recover. It's called the Downtown Davenport Business Coalition made up of 36 business and building owners demanding action.

In a letter addressed to residents of Davenport and the greater Quad-City area, the coalition wants four things from Davenport city administrators.

Dan Bush, one of the organizers of the coalition, says the city needs to step up.

"Ultimately, we need a plan in place so we know how to move forward," he tells News 8. "Without the city saying, 'Here's our exact plan for moving forward,' who's going to want to invest further or at all into downtown."

"We are not large corporations or national chains. We are small business operators with our homes directly tied to our business loans, all in an attempt to revive our city center" ~ Downtown Davenport Business Coalition

The coalition says after the flood, now their livelihoods are in jeopardy, and that because of the city's inaction, some will not be opening downtown again. They write that many expenses go far beyond insurance coverage.

"I think time is of the essence," Bush says, "especially because these people who have been flooded are out of work. They're losing money every day by not being open."

The group also cites City Administrator Corri Spiegel's open letter since May 29, 2019 saying city administrators have not been transparent, and they have shut down communication with business owners. They say in a meeting a week after the breach, the city called a closed-door meeting for businesses and would not allow any questions to be asked. Instead, they say administrators told them how difficult the rebuilding process would be with no empathy.

"We want to know that our businesses are important to the city and that it's not just that we're appreciated, but should we continue to invest our money here," says Mary Talbert, the owner of Crafted QC who signed the open letter.

The letter goes on to call out city leaders for not following the original HESCO specifications for the predicted water level. They want to know why the flood plan was not followed.

The letter is signed by 36 business and building owners in Downtown Davenport.