A billboard aimed at uncovering the truth in an unsolved homicide has stood on 11th street in Rock Island since December 2018 and leaders with Crime Stoppers of... 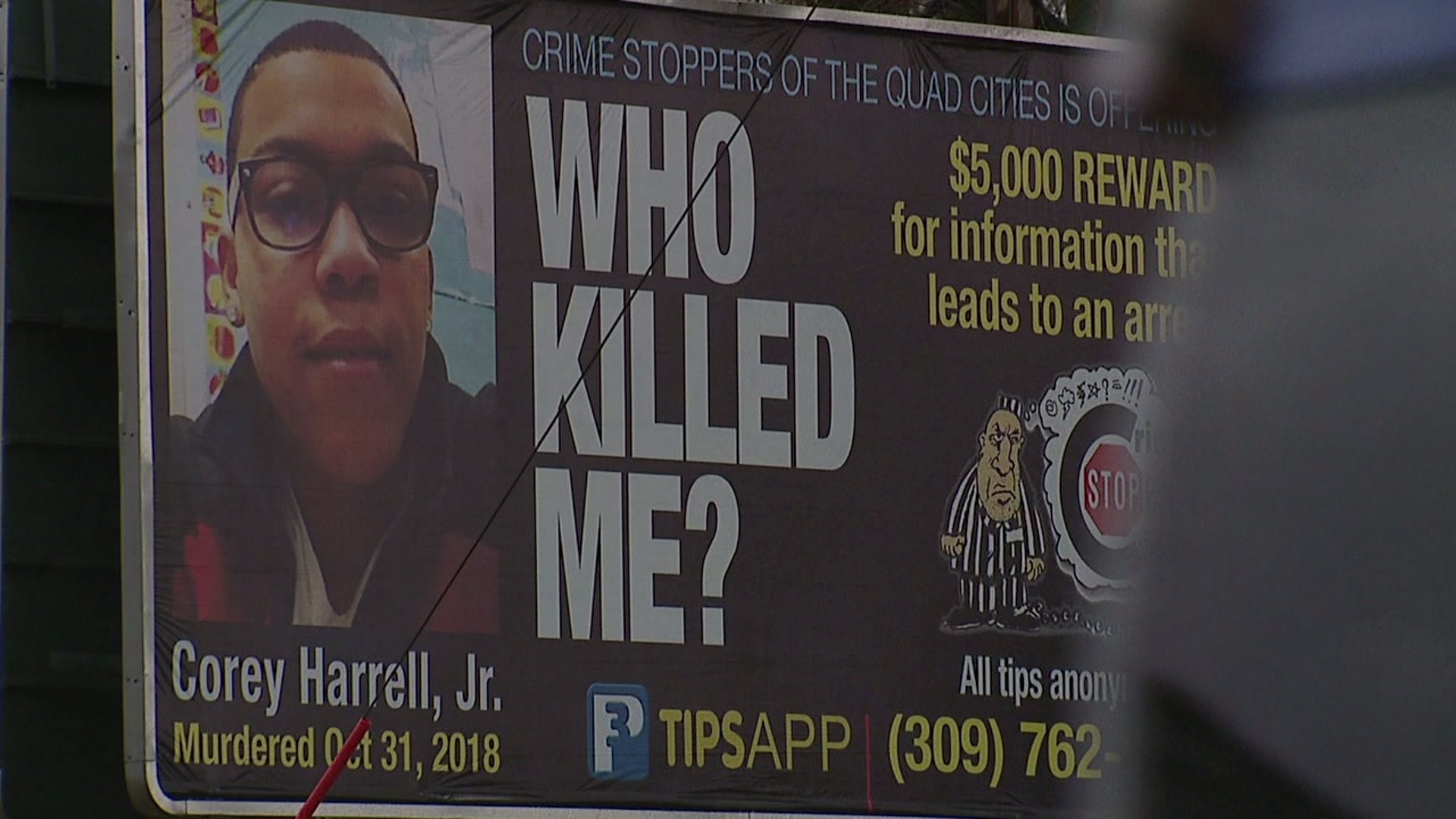 ROCK ISLAND, Illinois  --   A billboard aimed at uncovering the truth in an unsolved homicide has stood on 11th street in Rock Island since December 2018 and leaders with Crime Stoppers of the Quad Cities says it's bringing in more news tips than normal for a case with no arrests.

"To date, we have 24 tips on the Corey Harrell Jr. homicide," said Detective Jon Leach with Crime Stoppers Quad Cities. "I would say 24 tips on a homicide is very good, especially one where we don't have any suspects in custody."

The billboard shows a photo of Corey Harrell Jr. who was shot and killed on Halloween outside Moline City Hall.

"I don't believe in this quote on quote snitching," Harrell's cousin Reverend Tyson Parks III said. " I believe in justice. That's all we're wanting. If someone knows something, we're just asking for help."

Police have not made any arrests and the billboard will be coming down in late January, but Leach says the search for answers won't stop.

"It brings the fact that the police are not giving up," Leach said. "The community is not giving up. It shows the family there is no sign of giving up. We are going to keep pressing on this until we have people in custody."

The billboard offers a $5,000 reward for tips that lead to arrests. The reward will still be offered once the billboard comes down.

Anyone with information about the murder is asked to contact Crime Stoppers of the Quad Cities at 309-762-9500 or the Moline Police Department Criminal Investigations Division at 309-524-2140.