A Davenport business owner says the community has stepped up in replacing hundreds of dollars in stolen donations. 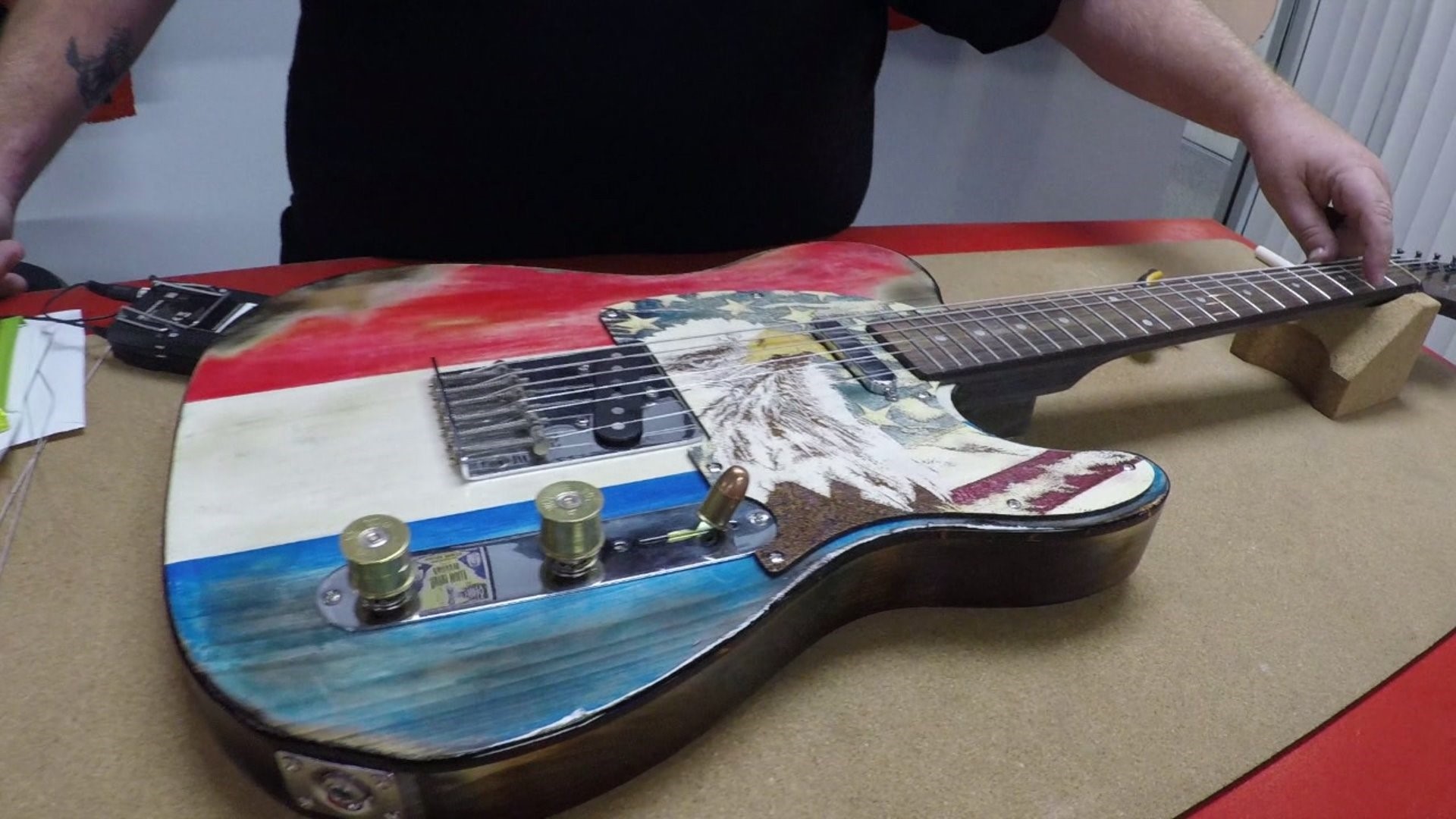 DAVENPORT, Iowa -- A Davenport business owner says the community has stepped up in replacing hundreds of dollars in stolen donations.

Last week, two suspects smashed through the glass doors of Shumaker's Guitar Works in Davenport, stealing an estimated $700 worth of cash. Among the large amount of money, said owner Thad Shumaker, was more than $100 to Frets For Vets, a nonprofit that helps veterans cope with PTSD through music.

"Whether you play some blues, or some country, or some metal or whatever," Shumaker said. "It will help boost your spirits."

Shumaker said Frets for Vets is an organization he has wanted to support since his shop opened nearly five months ago in May.

"Without our vets, we would not have our freedom," Shumaker said. "That being said, I have nothing but respect for vets. (Raising money) was something that I wanted to do personally to support them."

Still, after the burglaries last week completely depleted what took Shumaker months to raise, he said he is trying to concentrate on the silver lining.

"I've had an outpouring (of support) from the community. As far as people reaching out to me saying ‘hey we heard about the situation'," Shumaker said. He said a veteran came in, having heard his story and admitted to having no musical knowledge, and still wrote him a $150 check.

A gesture inspiring him to take it one step further and offering up a $1,200 custom-made guitar Shumaker made himself.

"I wanted to do something that would represent America and our troops and maybe some of the pain that they’ve gone through," Shumaker said showing off the piece.

The guitar is painted a faded red, white and blue with "burned" design on the edges -- a tribute to veterans in every detail.

"The nobs are made from 12 gauge shotgun shells and the switch tip is actually a 45 bullet," Shumaker said.

Shumaker said the custom guitar will be sold at a silent auction in the coming weeks where all proceeds will go towards Frets for Vets. The latest grand total of donations will also be sent to organization today.