Two cars were stolen and 12 broken into. 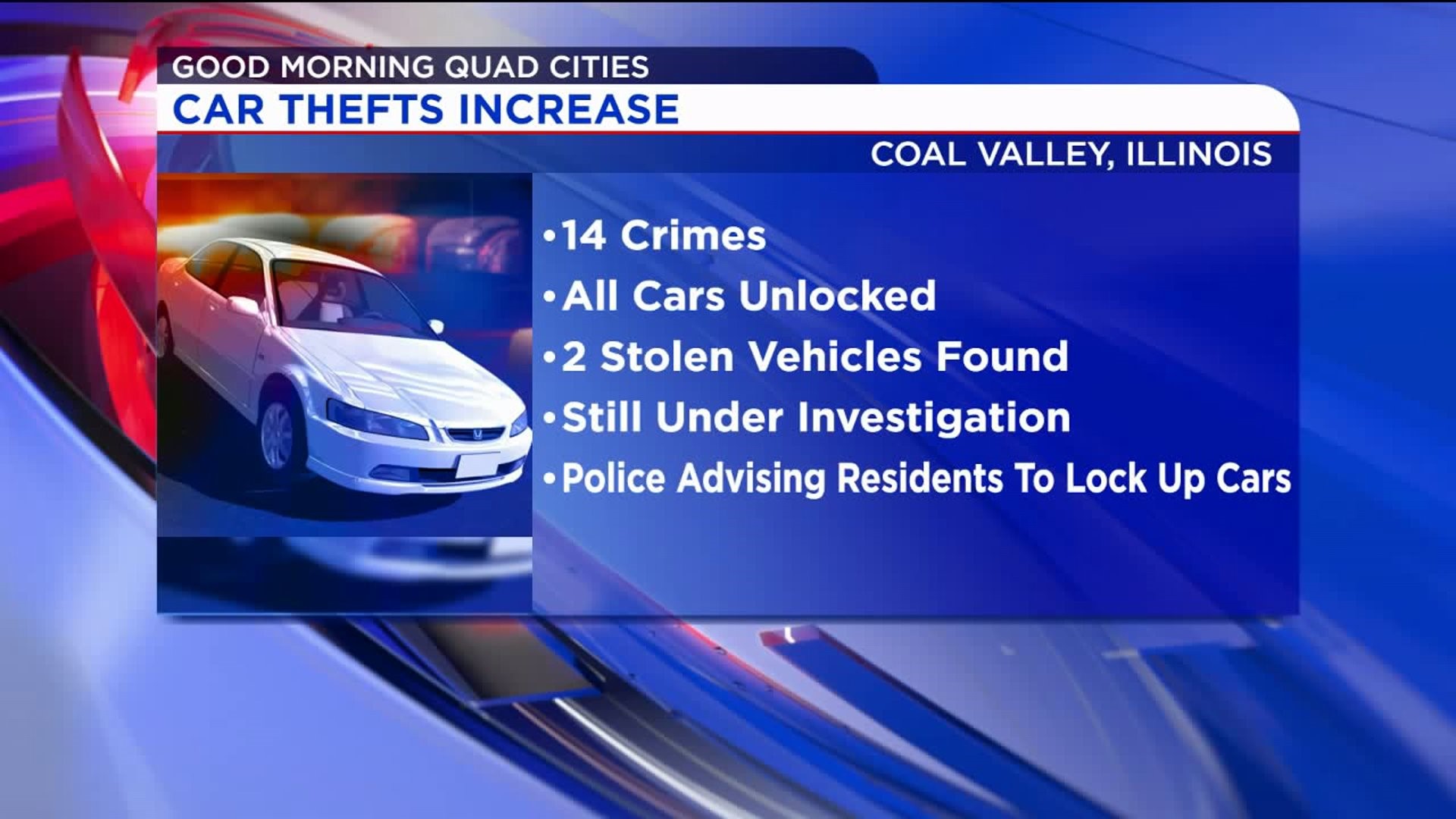 COAL VALLEY, Illinois -- More than a dozen vehicles were broken into and two cars stolen in Coal Valley over the past weekend, according to Police Chief Jack Chick.

"This has been going on all around us, and now Coal Valley finally got hit," Chick said Monday, April 30.

In all 14 crimes, the vehicles were unlocked, the chief noted. The two stolen cars were recovered, he added.

"Enough is enough," he said. "Lock your vehicles. Take your keys out of them. Shut and lock your garage doors."

Police believe the cars broken into were targets for vehicle theft as well. In several, the would-be thieves left cash and other valuables, presumably while looking for ignition keys. There was one purse recovered, Chick said, but no victim has yet come forward to claim it.

Another aspect of the crimes in Coal Valley - and in other small towns around the periphery of the Quad Cities, including Long Grove which also had a rash of car burglaries over the past couple weeks - is all types of neighborhoods being targeted. Police say upscale and poorer neighborhoods alike are susceptible, adding that these are "crimes of opportunity."

No suspects have been identified in the Coal Valley burglaries yet and the break ins remain under investigation.