CLINTON, Iowa – The fight to save lives is why people in Clinton gathered tonight for a vigil to spread awareness about the growing problem of addiction. ... 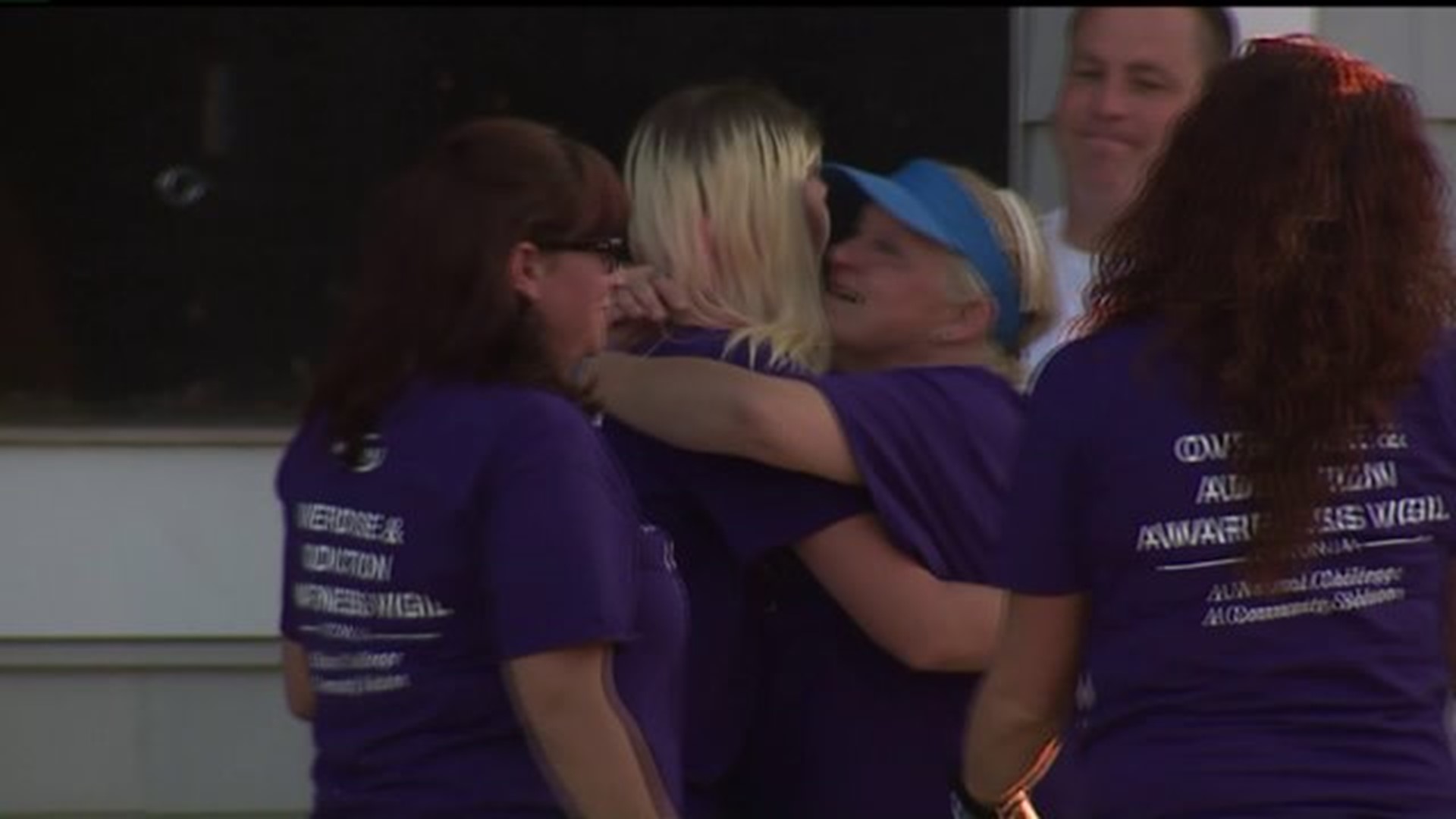 CLINTON, Iowa - The fight to save lives is why people in Clinton gathered tonight for a vigil to spread awareness about the growing problem of addiction.

It was a night to have a real conversation about a growing problem.

"Tonight its going to be emotional and we hope that emotion spur people into action," said Amy Berentes from Mercy Clinic.

"I`m a recovering drug addict. I will be clean for one year next week," said Megan Specht, who's lucky enough to be alive to tell her story. "Thank God one day I got arrested and I do thank God for that because my parents got a call from jail instead of the morgue."

Overdose deaths have doubled in the U.S for the past decade and Clinton Iowa plays into those statistics.

"Our overdoses at Mercy that I can speak to specifically have doubled in the last year," said Berentes.

38 shoes lined the stage, representing just the patients so far this year that were treated with Narcan, a drug that reverses an overdose.

It's stories from recovering addicts like Specht that organizers hope will inspire users to get the help they need and encourage a community to come together to fight back against a disease that's taking the lives of many.

"Now is the time to get help, now is the time for letting one of us hold your hand and support you and be there for you because its not a battle you can do alone," said Specht.