Thousands of people spent Sunday, December 7, 2014 at Windmont Park in Kewanee, Illinois for the annual Christmas light display that features more than one mill... 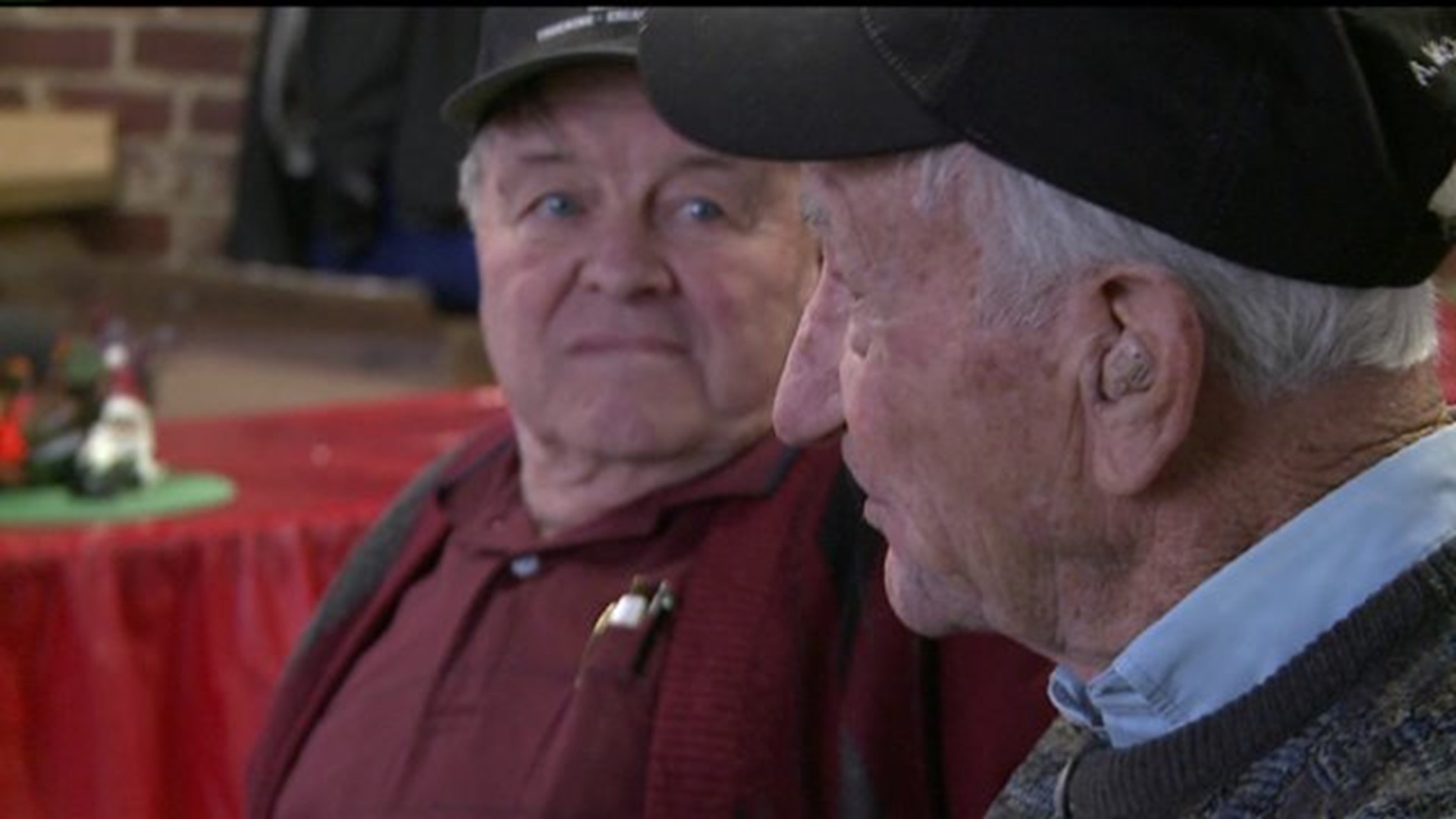 26 years ago, Bob Neirynck and Marvin Vandevelde, were among three families that started decorating Windmont Park for Christmas.

"So the first thing we did was just decorate the bridge. And Marvin was here and we just wrapped lights around the railing and that was the decorations," said Neirynck. Now at age 77 and 90, they--along with 50 or so volunteers--spend hundreds of hours putting together 26 years worth of light displays starting the day after Halloween.

"It's hard to figure out something new every year," said Vandevelde.

All of the displays are personally welded by Bob, who creates a new one ever year.

"One of the older things we got is them dolphins going up and over and splashing into the water, and if I took it down there would be a riot cause so many people like it," said Neirynck.

In all, there are more than one million lights.

"It started out as something really simple, but it's grown into something really great. And I know, I haven't met anybody that don't like it, I mean how you gonna say you hate Christmas, you're not the Grinch or whatever," said Neirynck.

"A lot of people that has come to see this from a lot of the bigger cities around Illinois said they could not realize that a town that size of Kewanee could put on a Christmas display like we have here," said Vandevelde.

Sunday's opening night of the display included a parade through town, a fireworks display, and several performances. After that, twelve different switches were used to turn on all of the displays.

"We're lit up in pretty good shape, everything came on," said Neirynck.
"It is just an enjoyment to be out here to make something look perty," said Vandevelde.

"Iit's really impressive, it just makes me shiver to know that you put this whole thing together and it worked," said Neirynck.

But Bob and Marvin and the other volunteers aren't getting any younger.

"I'm looking for help to take over. We need volunteers all the time cause some come, some go, some die and a lot of them are getting older," said Neirynck, "There's a lot of people around like Marvin that got time on their hands and their packing in McDonalds and Burger King and all these places and they could come here, get the same thing here for free, we don't charge for coffee or rolls."

The Windmont Park Lighting crew has created a Facebook page with information about the display.