The owner of the Animal Playground says there is extensive damage to its building after a car ran into the facility. 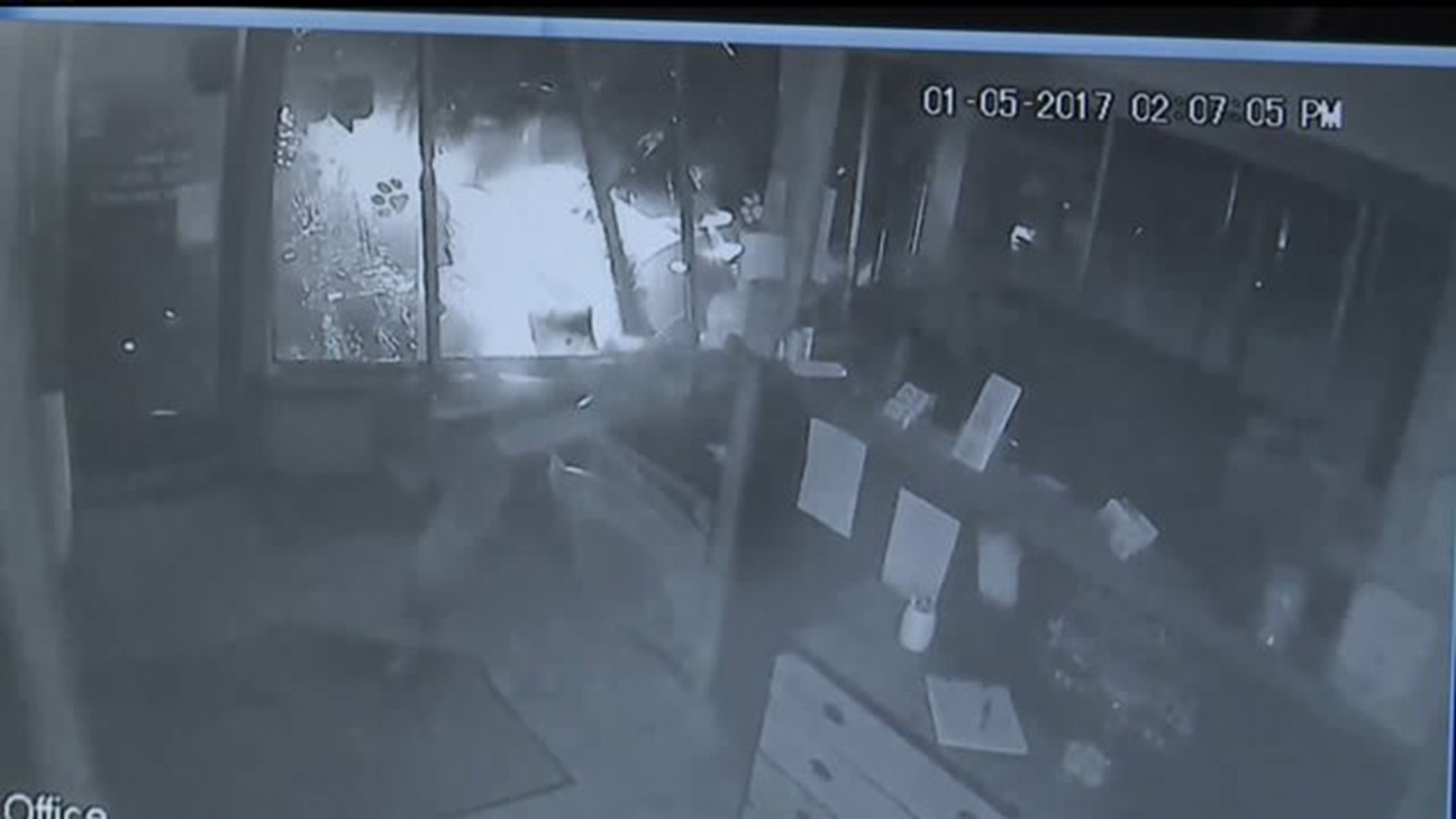 DAVENPORT, Iowa - Surveillance video from the Animal Playground in Davenport shows a driver crashing into the building just after 2 a.m. Thursday, January 5, 2017.

The Animal Playground  is located on Eastern Avenue, north of Kimberly Road.

According to the owner Robert Burns, the driver of the vehicle headed south on Eastern Avenue and hit the side of the building first before finally crashing into the front office area.

All of the windows in that area were shattered leaving bricks and other debris in and outside the building.

"I'm sure a lot of people will be wanting to know what happened and asses the damage themselves, but it's a little bit of a minor set back for 2017 but we'll get it going," says Burns.

There were no pets inside the building at the time of the crash. The facility offers boarding, "doggie daycare" and grooming services.

The driver of the vehicle was taken to the hospital. No word on their condition.

Animal Playground will remain open during their regular business hours from 6:30 a.m. until 7 p.m. Monday through Friday.