Downtown business owners got their first look at the damage Thursday after a natural gas explosion in downtown Canton, Illinois. 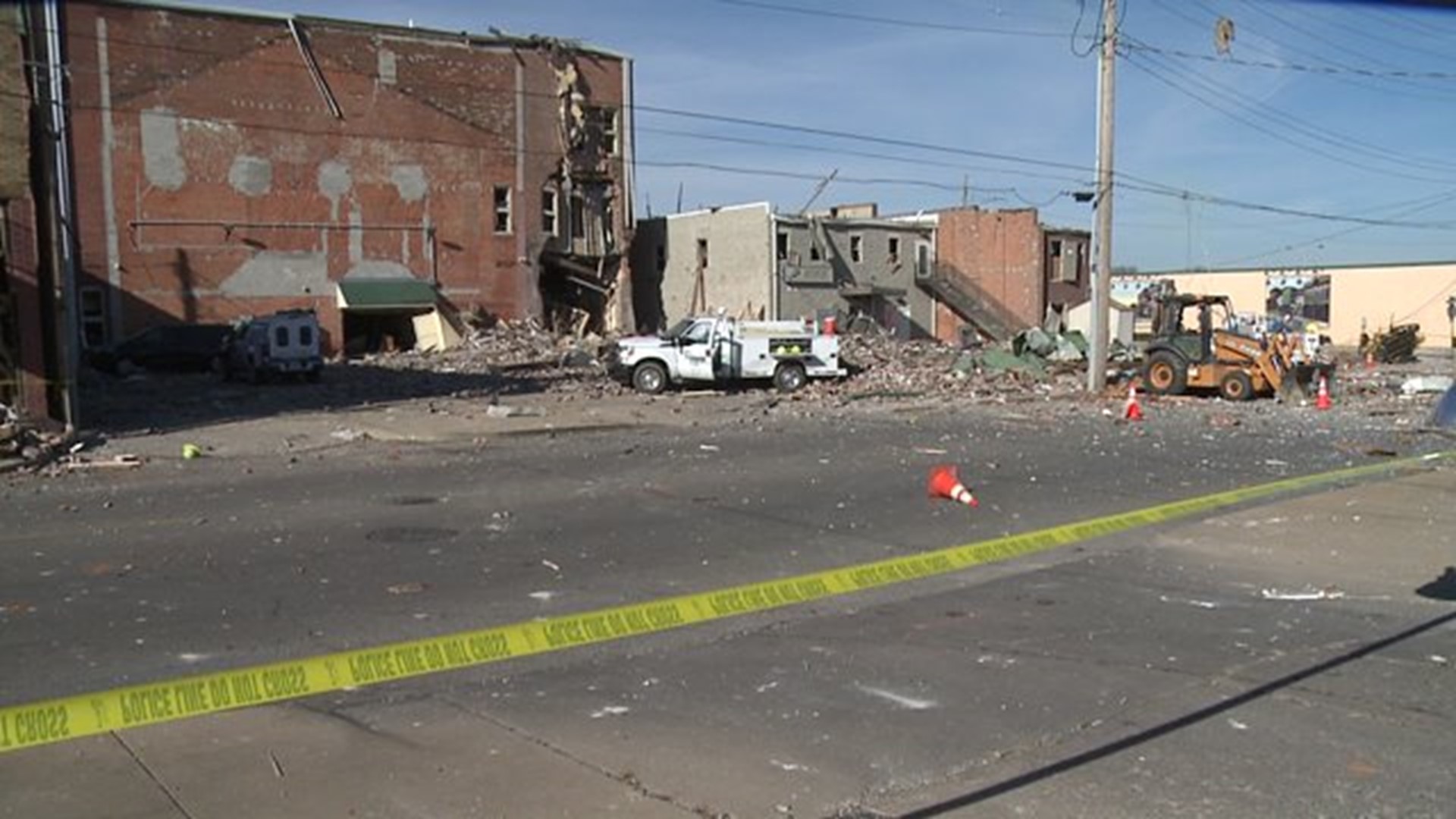 CANTON, Illinois — Downtown business owners got their first look at the damage Thursday, Nov. 17, after a natural gas explosion in downtown Canton, Illinois.

A utilities worker was killed, and 12 other people were hurt when a contractor ruptured an underground gas line around 5:30 p.m. on Wednesday. A crew from Ameren Illinois responded, and employees were working on repairs when the gas line exploded.

Billy Jump was working at his sports bar, Official Time Out, about a block away from the blast.

"I thought our town had been bombed. You know, you hear of these things away from here, not at home. I've never witnessed anything like it," said Jump.

Jump was inside during the explosion, and says he and his patrons were lucky to come out unscathed.

"We had a lot of pictures fall off the wall, ceiling came down, blew one of our doors off. No one was hurt, that was the main thing. Everything else we can put back together," said Jump.

On Thursday, much of downtown Canton remained closed to the public. An empty Ameren truck and lone construction hat sat near the site of the blast on First Avenue.

"The idea that we lost someone already and others were hurt, that hurts me. One of the workers was one of my former students, Jordan, and to hear that he was hurt... I just praise God it's as good as it was," said Sandra Powell, a lifelong resident who came to take a look at the damage.

Nearby, fire crews went building to building in the downtown area, checking for structural damage.

Many business owners say they're anxious to get back inside.

"We all know each other up here, and we're just worried about each other," said Todd Fletcher, owner of the downtown Shelter Insurance office.

The Salvation Army was offering housing and assistance to any downtown residents displaced by the explosion.

Volunteers are not needed at this time.

"Canton's a good city, and they will come back. They've proven that over and over. Everyone will work together," said Powell.

The Canton Police Department is also posting regular updates on its Facebook page. You can find the latest information here.