Pete the Purple Bull is taking his message a step further this month at one Davenport school. 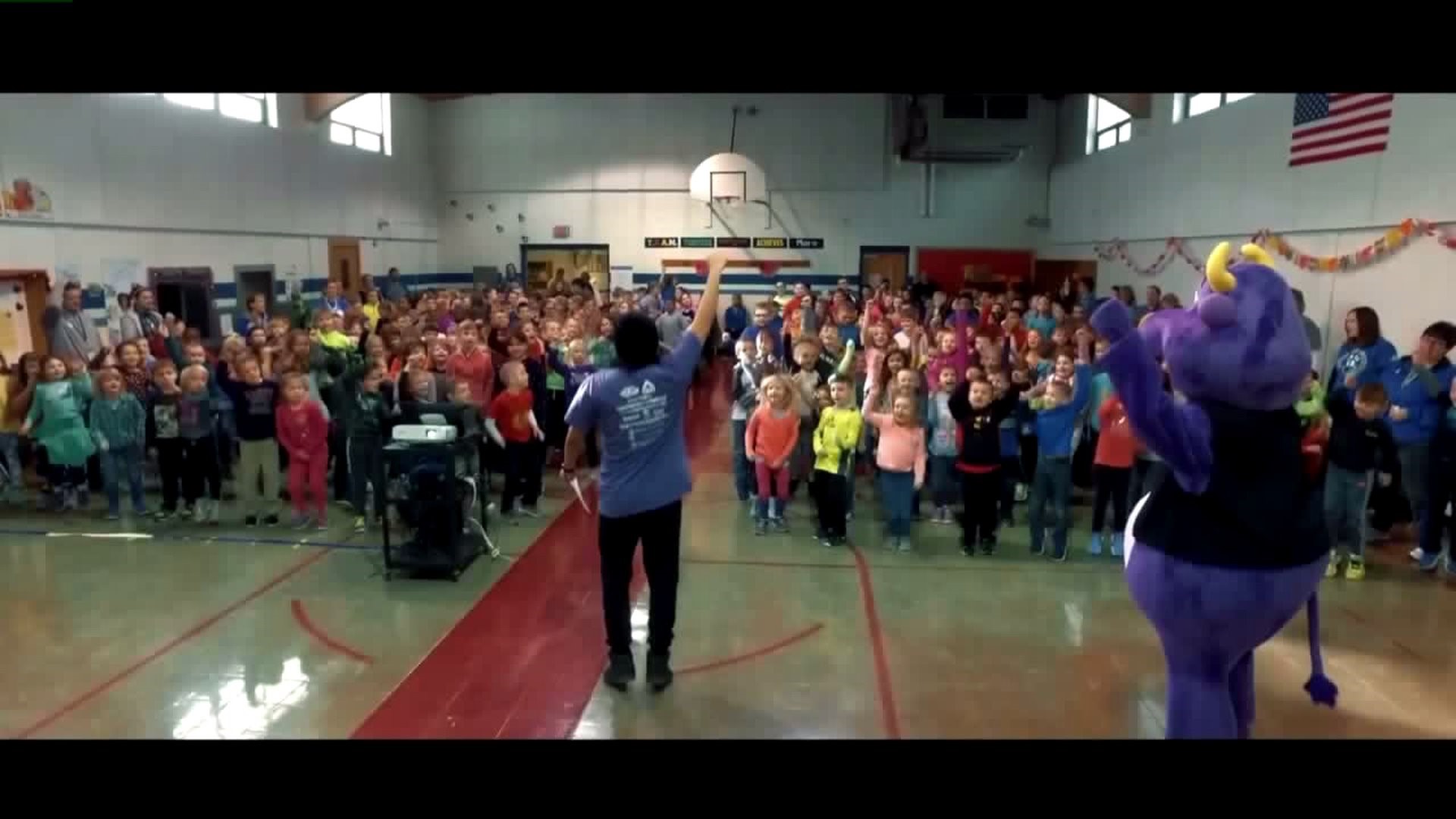 "It's very damaging to children when they don't feel accepted or connected, when they think that someone's picking on them and no one cares," says Kim Riley-Quinn, program director for Pete the Purple Bull. "And we never want that to happen. and we're going to do everything we can to make sure that doesn't happen."

You may have seen Pete the Purple Bull around the Quad Cities. He's been the Quad Cities anti-bullying mascot for five years. His message for kids: be respectful and kind to yourself, others and the world around you.

Pete performs at school throughout the year. But Riley-Quinn says this month is a chance for families and children to take a step back and remember how prominent bullying is. She says they can focus on how to stop and prevent it.

"Kids can become depressed, more anxious," Riley-Quinn says. "It just kind of depends on the individual and how they respond to situations. Obviously, those can be symptoms of other things also. But it's important to investigate and try to understand where it's coming from."

Riley-Quinn says the best way to stop bullying is also the hardest for kids. She says being an "upstander" instead of a bystander shuts bullying down. Kids need to learn when to stand-up and do the right thing.

"Basically means you don't watch it happen and ignore it. You find a way to do something about it," she says.

Pete the Purple Bull is taking his message a step further this month. The non-profit is piloting a new program at Fillmore Elementary School in Davenport. They're implementing lesson plans that focus on anti-bullying while fulfilling reading and writing requirements.

There are also two big events this month for Pete. First, the Run with the Bull 5K and Youth Relays on Oct. 12. And Pete's Awesome CommUNITY Party on Oct. 20.