The Rock Island County Clerk’s office says it won’t complete the count of a large number of write-in ballots until Wednesday morning, March 1, 2017,... 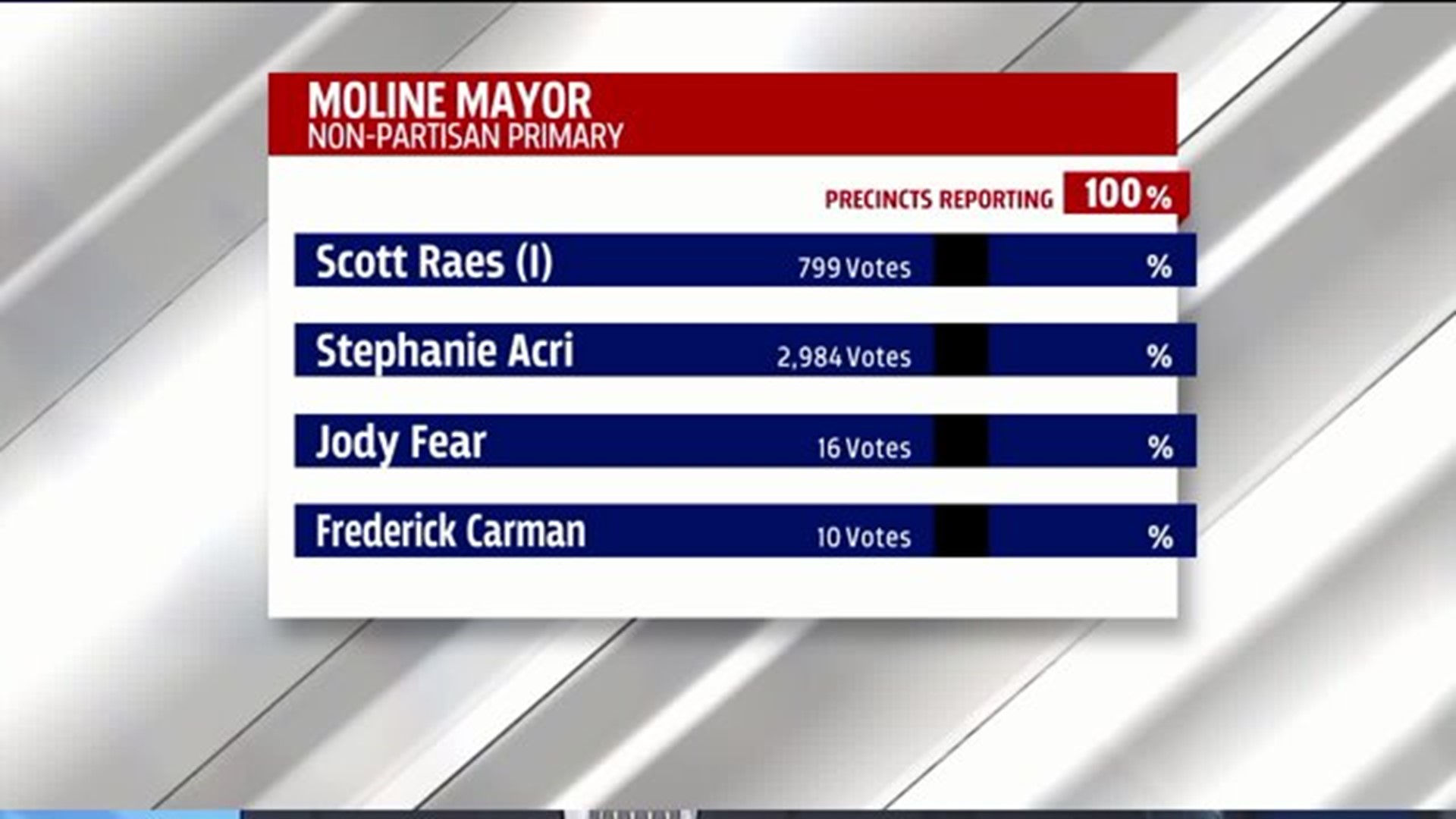 The only candidate on the Tuesday, February 28 primary ballot in Moline was Raes, but voters could write-in the names of five other candidates for Moline mayor.  The Clerk's Office said those write-in ballots had to be counted by hand, and that work did not start until Wednesday morning.

A candidate needed to have at least 10% of the top vote getter's total to advance to the April election. Therefore, Raes and Acri will be the only candidates on the ballot in April, according to Kinney.

In a different race, another write-in candidate has also won the right to advance to the April ballot.