A man’s body was discovered with multiple explosives nearby at the scene of a Massachusetts apartment fire. 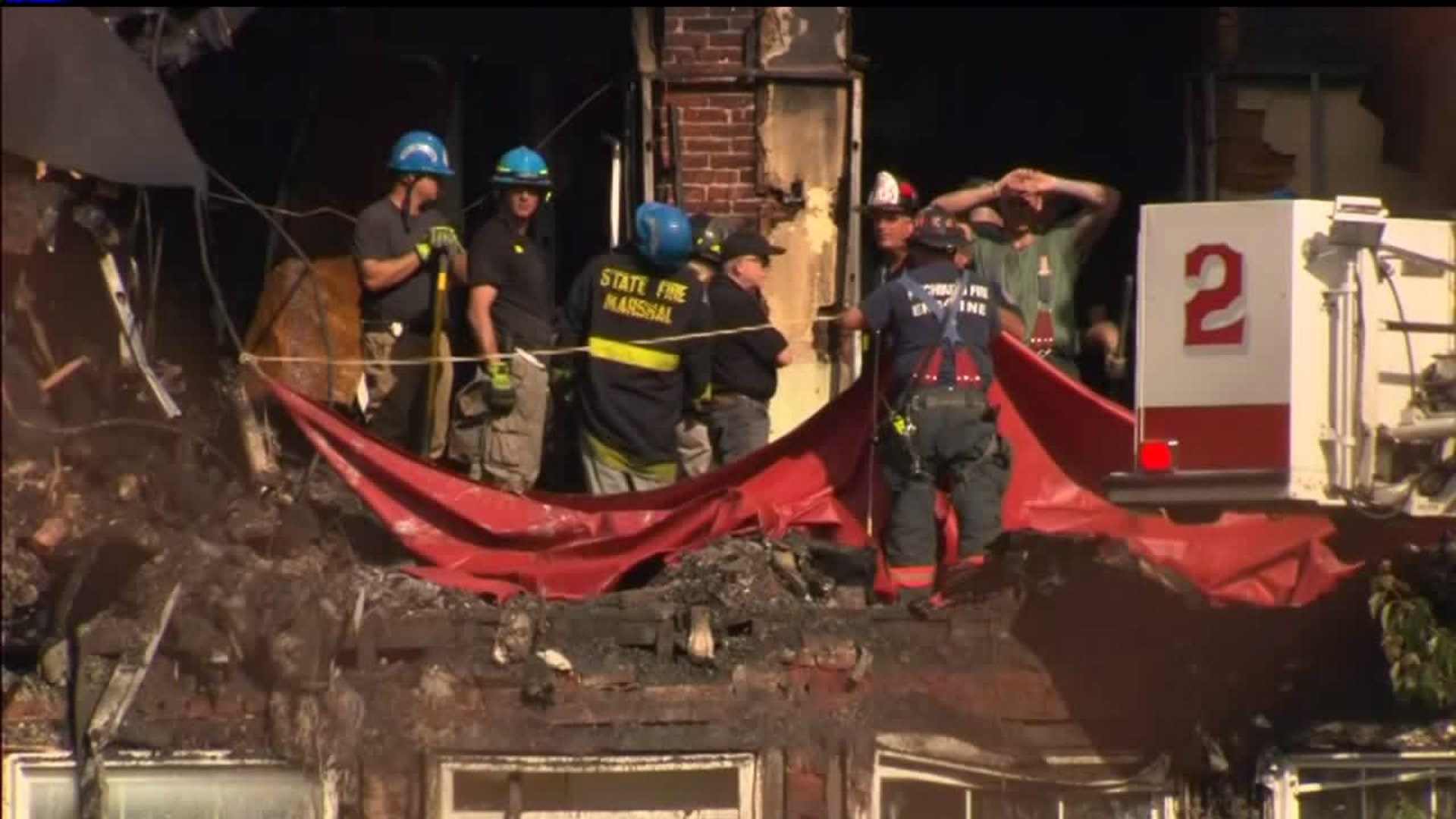 (CNN) -- A man's body was discovered Monday with multiple explosives nearby at the scene of a Massachusetts apartment fire, authorities said.

The body was recovered a day after a series of explosions were reported in the building in Fitchburg, Worcester County District Attorney Joe Early Jr. said at a news conference.

The man was found in an apartment with "improvised explosive devices" that were "located within close proximity" to propane tanks that were also found inside, Early said. It appeared that "whoever put these together knew what they were doing," he said.

The man's body was found on the third floor under collapsed roofing, according to Early. Authorities haven't determined how the fire got started.

Early said authorities are looking at the fire as an intentional act but would not call it arson yet, citing the ongoing investigation. The district attorney did not identify the man, saying they are waiting for the autopsy to be completed.

Twenty people were displaced because of the fire, Early said.

"It could have been much worse than it was," Fitchburg Mayor Stephen DiNatale said, adding that he was happy "there wasn't a greater loss of life."

The mayor said Monday that he had not been in contact with the man's family.

Early said there is no threat to the public and this seems to be an isolated incident.