Boaters united again to attempt a world record at Floatzilla 2019

The Mississippi River near Rock Island featured a colorful gathering of boats shooting for a world record. 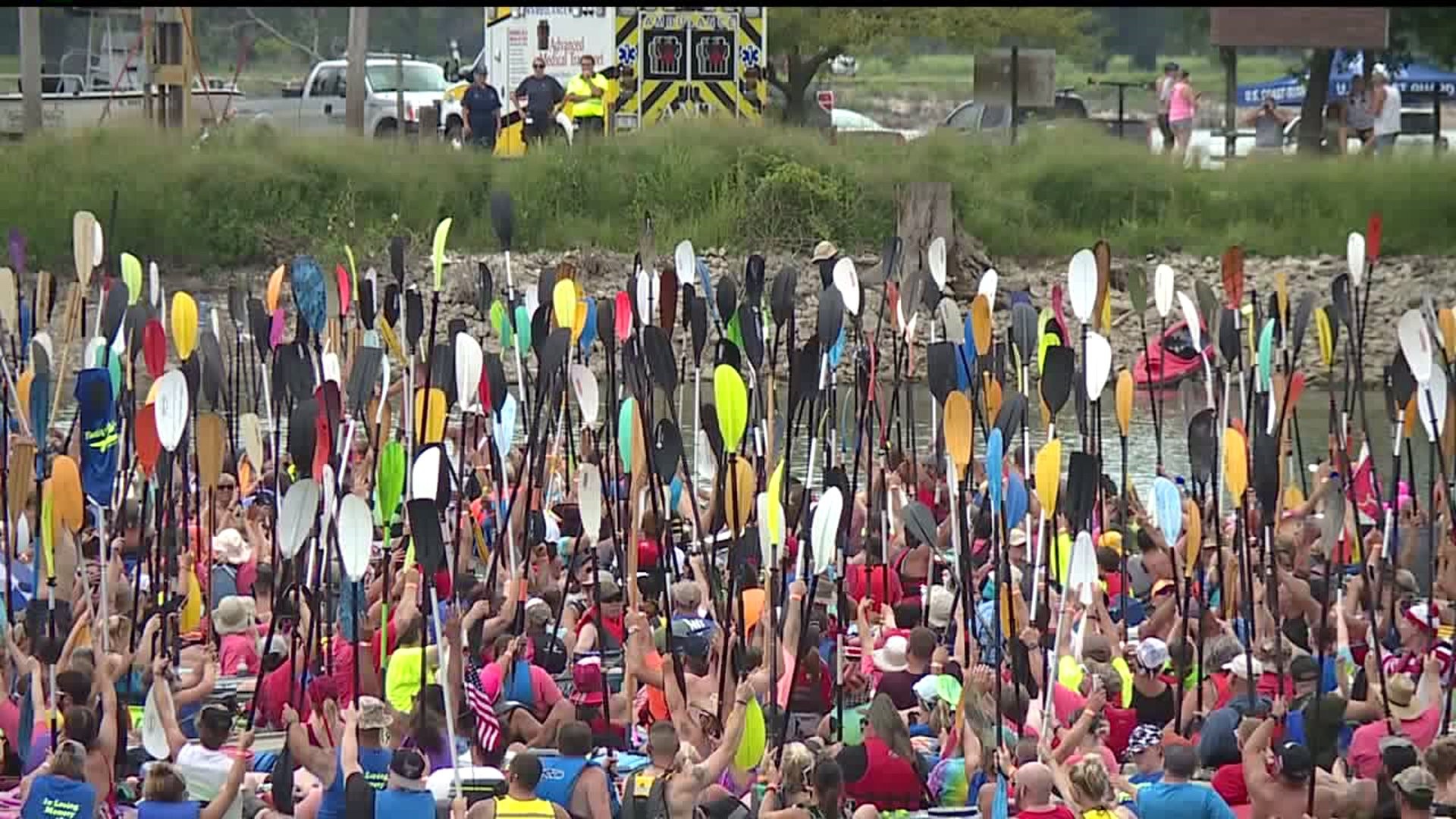 ROCK ISLAND, Illinois -- A colorful amalgamation of kayaks and paddle boats floated on the Mississippi Saturday afternoon while their riders took another shot at breaking a world record.

The tenth annual Floatzilla event saw boaters getting on the water attempting to break the Guinness World Record for the largest raft made of up multiple kayaks and canoes, which currently stands at more than 3000 boats. At exactly 2 p.m. at Sunset Marina in Rock Island, a photographer snapped the picture that would be deciding whether or not the record would be broken.

Noah Truesdell, of the event's sponsoring organization, River Action, estimated an attendance of around 2000 people around the time of the event, with weekend registrants not accounted for. Whether or not the record was broken, Floatzilla is still the largest paddling event on the Mississippi River, and the organizers say that as long as more and more people get out onto the Mississippi, then their goal is achieved.