Boaters at Sunset Marina ready to launch despite flood, rain, lack of electricity

ROCK ISLAND, Illinois — Sunset Marina in Rock Island has been without electricity since April 29, but boaters took advantage of the sunny weather breaks t... 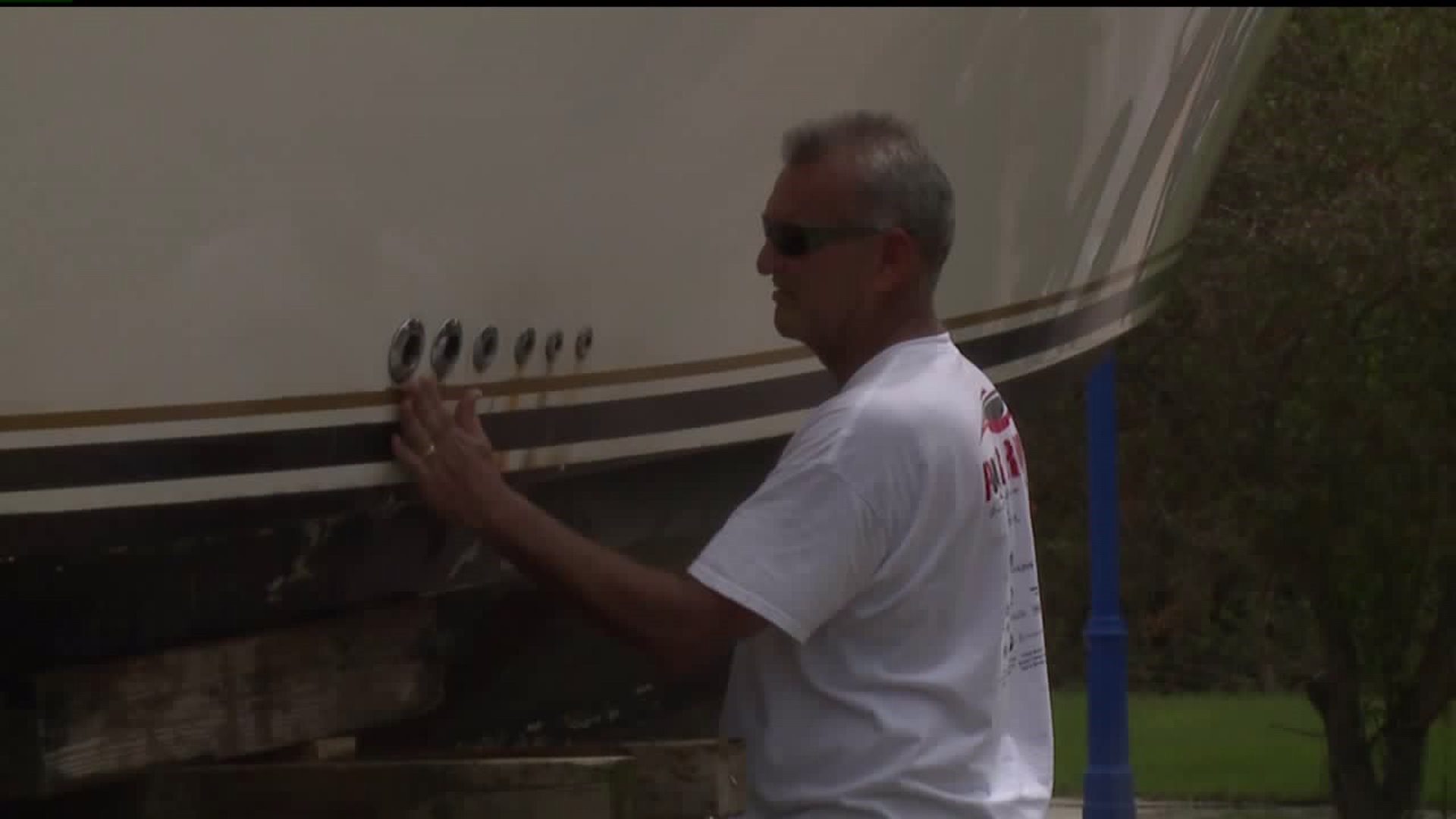 ROCK ISLAND, Illinois -- Sunset Marina in Rock Island has been without electricity since April 29, but boaters took advantage of the sunny weather breaks this Memorial Day weekend to get their boats dusted and cleaned for the season.

"Our die-hards are definitely here (this weekend). The ones that are kind of fair-weather boaters haven't come out yet," said General Manager Denise Browning.

Boat owners Gary and Gail Melton, along with their daughter Jennifer, had come out for the first time on Saturday to give their Precious Cargo II a complete hose-down and spring cleaning.

"It’s pretty dirty. It was covered up all winter, dusty," Gary Melton said.

Boaters like Melton have been waiting for skies to clear and flood waters to recede but for now, it looks like the water is going higher first.

"We came out of record flooding, got everything cleaned up. Then on Friday, the flood predictor came out and said we’re gonna be at 20 feet. So going into a holiday weekend, we had to schedule staff into here," said Browning, explaining that boaters who hadn't launched and gotten into the water yet would try to schedule time before the Mississippi River rises again.

The travel lift that launches the boats into the marina cannot be safely operated once the flood level hits 19 feet and submerges the deck of the launch well.

Melton had already launched his boat and he said he was itching to get out there.

"We usually throw an anchor out and stay overnight, cook out.  It's just beautiful. Or we’ll take a trip to Clinton or Dubuque and stay for a week."

But for now, he said he would stick to cleaning.

"There’s a lot of stuff on the water right now, so you have to be careful. You can damage your boat really easy," he said. And, he said, "tonight it’s gonna rain again."

Sunset Marina staff are working with the city of Rock Island MidAmerican Energy to get power restored but elevated flood levels would impact their progress, Browing said.