A local mom says she moved to Denver so her three-year-old daughter could have her lymphoma treated with medical marijuana. 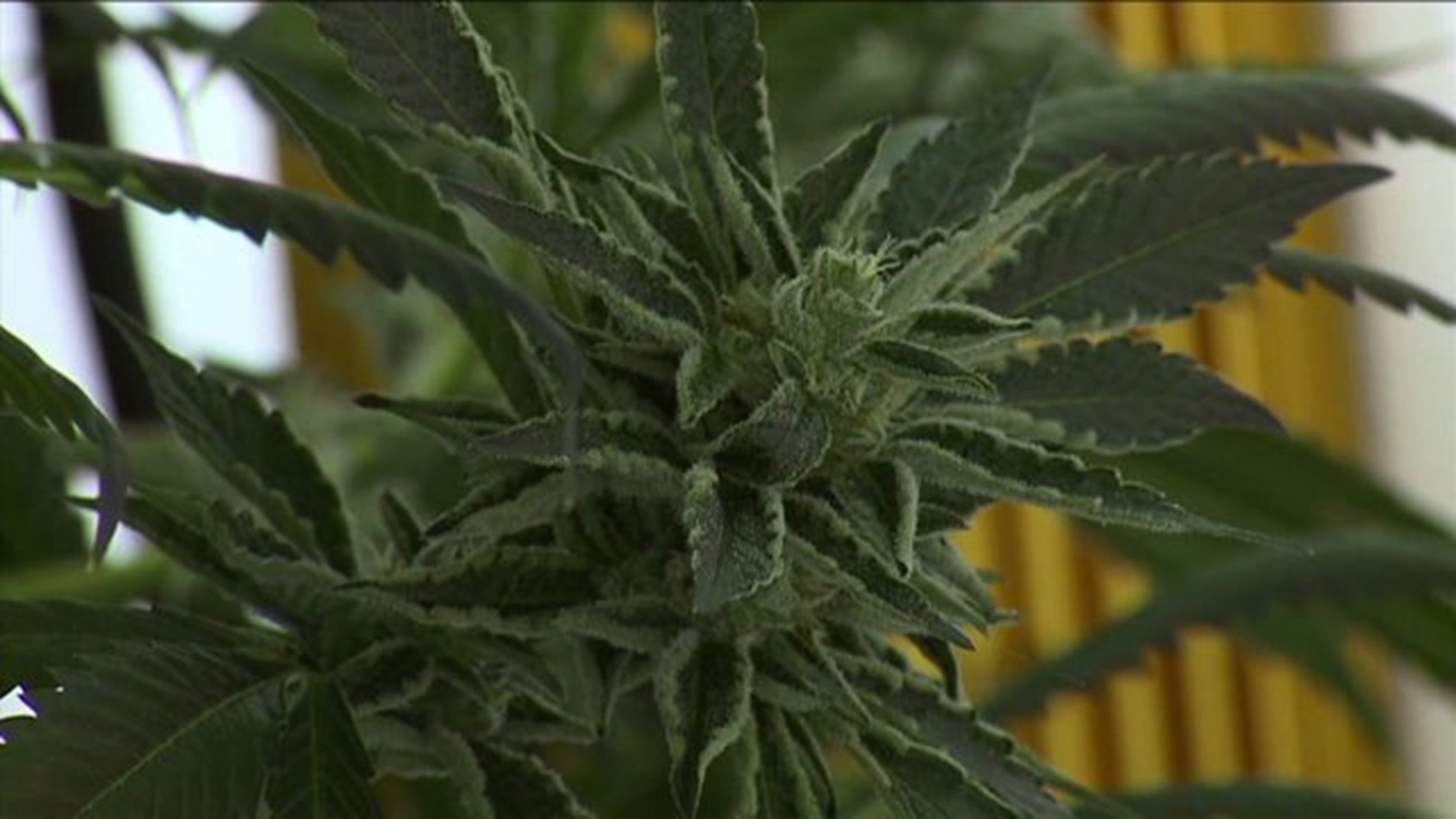 Twenty three states plus Washington D.C. have comprehensive medical marijuana programs. Iowa is not one of them.

In 2014, Iowa passed a law that allows for patients with severe forms of epilepsy to use cannabis oil, but they can't purchase it in Iowa. Some families say they will have to break federal laws to obtain the cannabis oil by crossing state lines, others are choosing to move to states where medical marijuana is legal.

It was a plane that took her, and her 3-year-old daughter Hannah, from Iowa City to Denver Colorado.

What she needed was something she could not get at home.

"We opted to come here for the legal access of the oil, the doctor that would allow us to do so, and a much,  much,  much less intensive and invasive chemotherapy protocol," said

In December 2014, Hannah was diagnosed with stage four Anaplastic Large Cell Lymphoma. By January, she had moved to Denver.

Every morning and night she takes a small chocolate made with cannabis oil. It is one part THC, the psychoactive part of marijuana and one part CBD, a non-psychoactive oil made from the plant.

It has helped her sleep during her 18 weeks of chemotherapy.

Iowa Senator Joe Bolkcom is trying to change that.

"I've heard from constituents who suffer from diseases and chronic conditions that simply haven't had their healthcare adequately addressed by all the powerful drugs they've been prescribed and they would like the opportunity to relieve pain and treat themselves with medical cannabis," he said.

In April, the Iowa Senate passed a bill that allows for production and distribution in the state, expands on the type of medical marijuana a patient can use, and adds a number of conditions that would qualify for use including cancer, multiple sclerosis, epilepsy, AIDS or HIV, glaucoma, Hepatitis C, Crohn's Disease or Ulcerative colitis, ALS, Ehlers-Danlos Syndrome, and Post-traumatic stress disorder.

However, the House does not anticipate running the bill.

"There's no real consensus within the caucus about which direction to go. It's very difficult to move any bills and so when you have the federal government saying one thing, not having it FDA approved, it means that you have to really craft the legislation carefully so that you don't counteract federal laws and we just haven't figured out a way around it yet," said Representative Linda Miller.

And in April, another poll from Quinnipiac University found 87% of Iowa voters in support of legalizing marijuana for medical uses.

She also has an issue with data.

"When you have a lack of empirical data and when all you have is personal stories about 'I like to smoke pot,' it doesn't work very well." -- Iowa Rep Linda Miller

"When you have a lack of empirical data and when all you have is personal stories about 'I like to smoke pot,' it doesn't work very well," said Miller.

However, others in the medical community are pushing to expand medical marijuana to more patients.

"As a pharmacist, I see a lot of issues with the medication that people are using now with these different diseased conditions. Many times, the medications cause more problems than the disease has at the time. So this is one tool in the toolbox that doctors can often prescribe or as I like to say recommend to patients, when the other conventional medications aren't working the way they should be," said Representative John Forbes, who has been a pharmacist for 35 years.

For Jessica Eberhart, the decision was clear.

"What if it was your child? What would you do? Could you honestly live your life knowing that there is something out there that could help them and not hurt them at the same time?" Eberhart said.

The issue is more about than about changing laws, it is real life.

"I feel like until you live it, you don't know. And I think maybe some of these lawmakers need to live it," she said.

Eberhart has kept Hannah on a GMO free diet throughout her treatment. She plans to keep Hannah on medical marijuana for the rest of her life to help with damage from chemotherapy.