The City of Moline carries out its plan to increase road safety for local bicyclists. 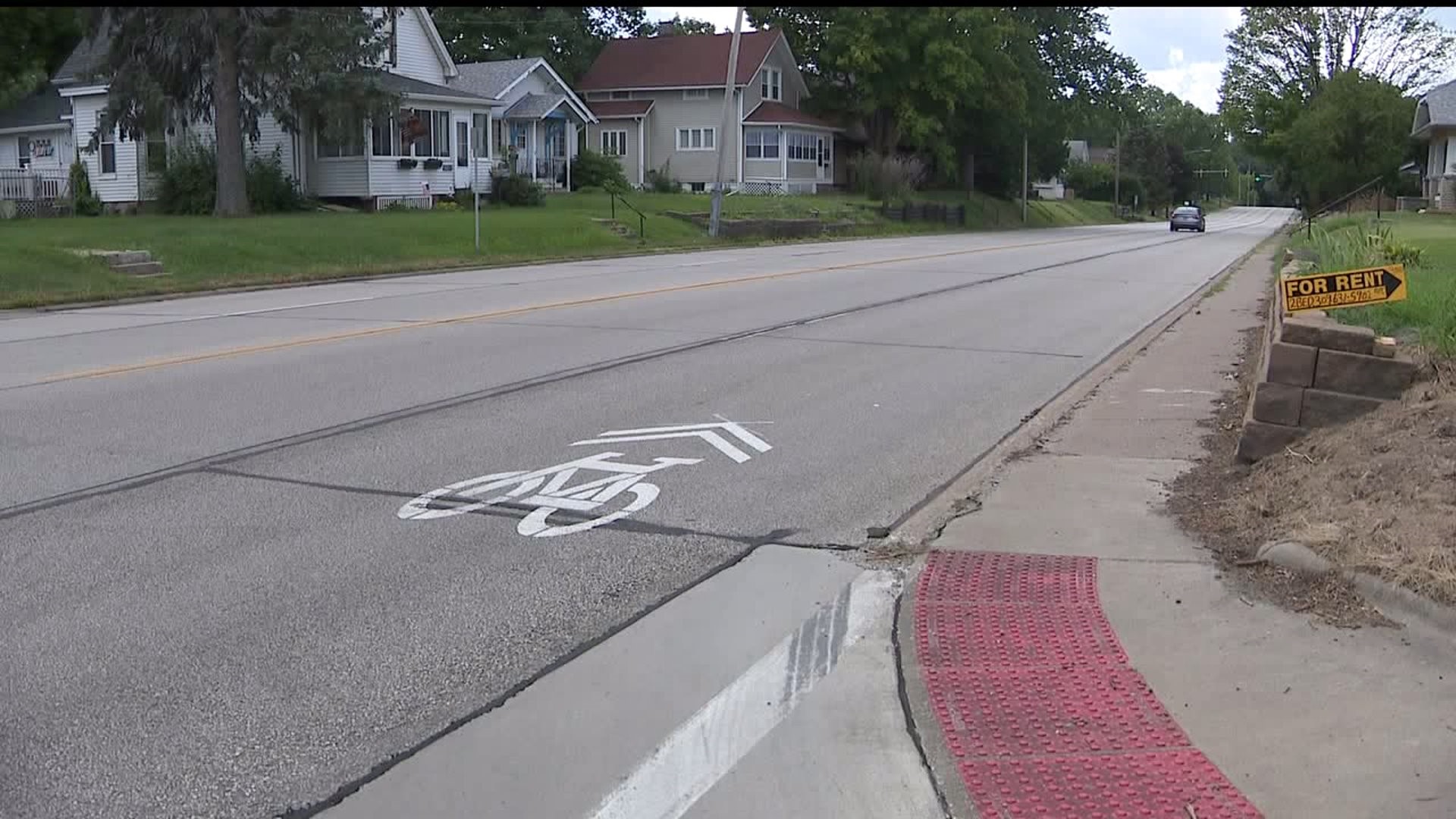 MOLINE, Illinois -- The City of Moline is continuing its effort to increase safety for cyclists on its roads.

Last spring, the city council made motions to begin marking safe paths for bicycles on many of Moline's most trafficked roads. Working with the cycling community, the city designated five routes where dedicated bicycle routes would be the most helpful for both drivers and bikers.

The current bicycle routes include two east/west paths on 12th Avenue and Coal Town Road, as well as three north/south routes on 60th Street, 41st Street, and 14th/16th Street.  Click here to see a map of these Moline bikeways.

Local residents may start seeing markings on these roads that resemble two chevrons above a bicycle. This marking is commonly called a "sharrow", which means that the road is shared by drivers and cyclists at the same time. As a driver, be aware that bicycles have the same rights as cars to driving lanes, per state law. As a cyclist, it is highly recommended to use these routes due to the specific safety markings.

More bicycle routes are planned for development as the city continues to expand its initiative to make its streets safer for those more vulnerable travelers.