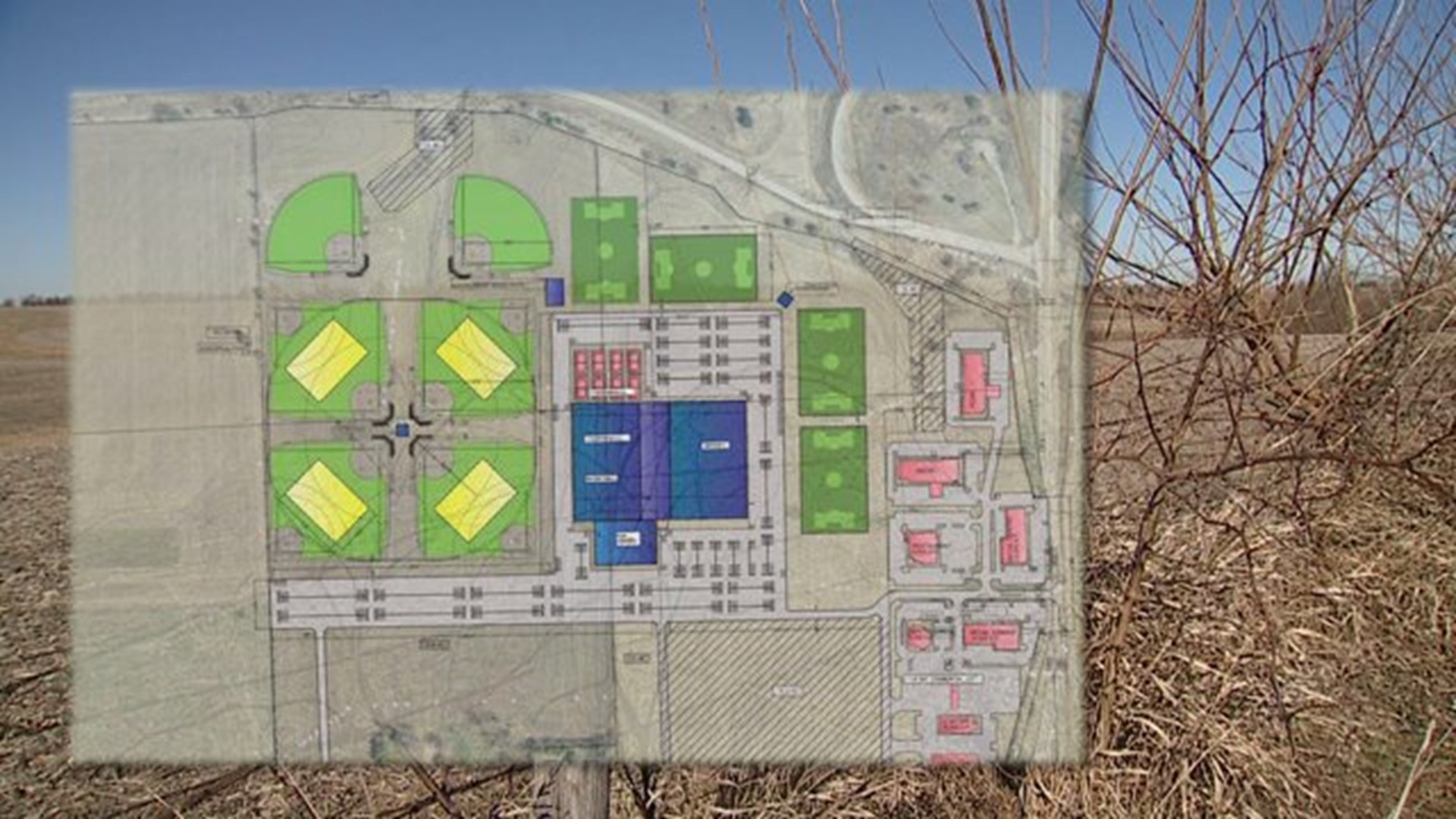 A Bettendorf developer is one step closer to building a long-awaited sports complex near Interstate 80 and Middle Road.

He shared sage advice after visiting and studying sports facilities all over the country.

The project is slated for a 78-acre site, transforming farm fields into another kind of cash cow.

It aims to become a new gateway to Bettendorf.

"We hope that this complex will be a catalyst for us to expand commercial development in the Quad Cities," he said.

Bettendorf is moving closer to getting a literal "Field of Dreams."

The project features everything from indoor baseball to sand volleyball.  It will enhance an entertainment complex with bowling and a restaurant.

"We'll have a great opportunity to serve folks for five or six hours away for weekend tournaments in the Quad Cities," said Bettendorf Mayor Bob Gallagher.

Kratz plans to invest more than $7 million of his own money, and Bettendorf will consider a $10-million incentive package in coming weeks.  But the developer needs more banks to make this dream a reality.

"It's not an easy deal," he said.  "Private investment is important.  The city is putting money in.  I think it's time for the banks to put the community ahead of its shareholders."

Kratz wants to break ground this Spring and start the games by 2018.

"When people see it off the interstate, they're going to be close enough to drive there," he said.

He hopes that a hotel, retail and office projects will follow in the corridor.

"It's the last interchange in Iowa, as I understand, that does not have commercial development," he said.

All of this could be a real game-changer in Bettendorf.

Mayor Gallagher said it will pump more than $10-million back into the local economy each year.

"Doug Kratz gets it, and that's awesome," Mayor Gallagher concluded.