High school can be a tough time for teens. But a new club at Rock Island High School is making it just a bit easier for those most often excluded from school life. 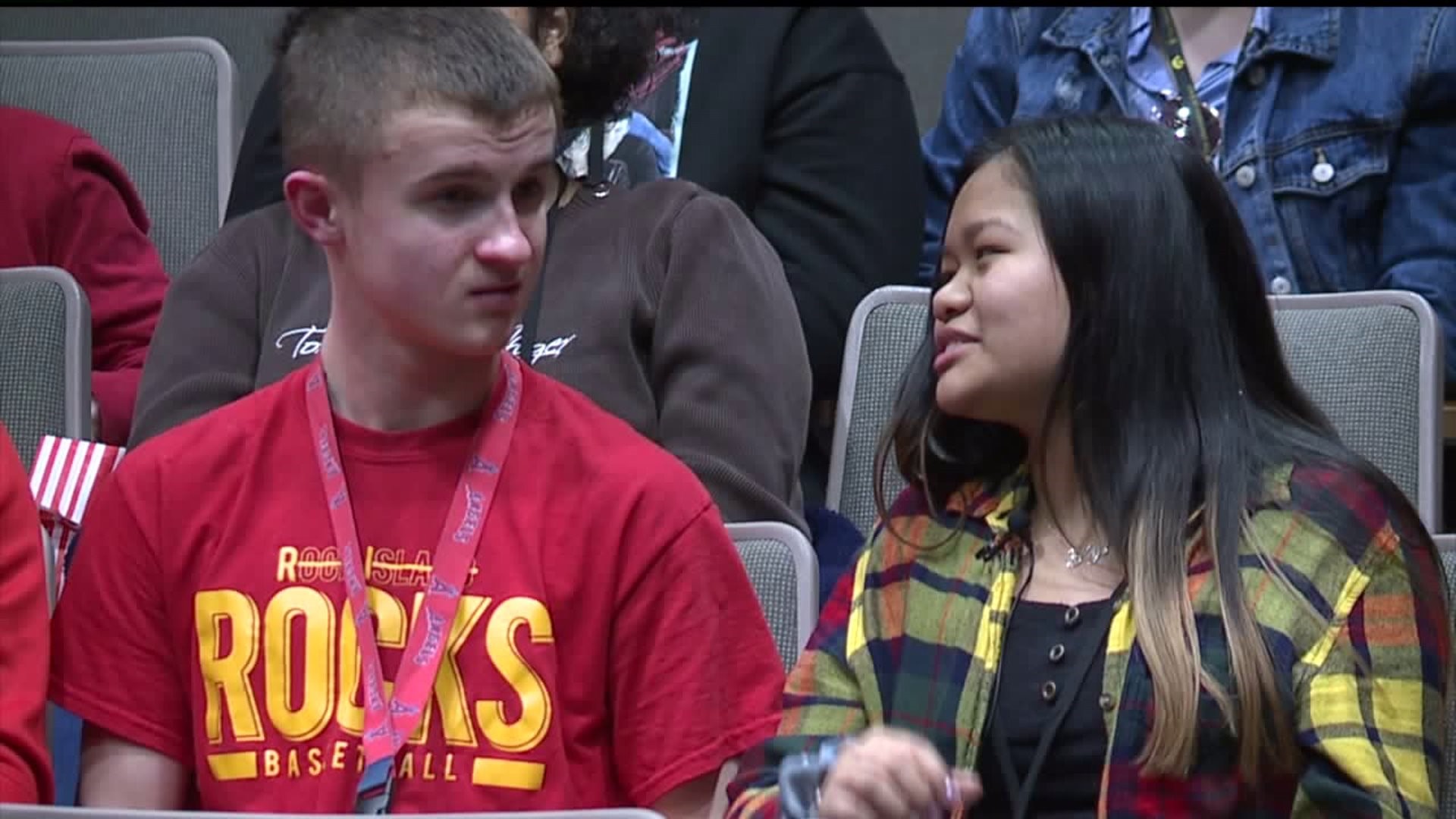 ROCK ISLAND, Illinois – High school can be a tough time for teens. But a new club at Rock Island High School is making it just a bit easier for those most often excluded from school life.

Liam Haskill, 17, started the Best Buddies Club at the beginning of the school year, to pair students with disabilities up with a peer buddy.

“I just want Rocky to have a more inclusive environment for our special ed program, so I’m so happy to see a lot of people already be interested and being a part of it,” the high school senior said.

Haskill’s mother is a speech pathologist who was a peer buddy at Augustana’s Best Buddies program during college.

“I was inspired to start it here because I looked around and saw that none of the local high schools have this program. And I thought we might as well get it here.”

On Friday, just after school let out, dozens of students and their buddies streamed into the school’s Little Theater room to catch the remake of Lion King.

Sophomore Drew Demarlie quickly found a seat among his buddies.

“I like being in the Best Buddies program... to be with my lovely buddies, sitting next to them and hugging them,” he said.

Lisa Martens, speech language pathologist for the Rock Island Junior High and High School, said its’ not always easy for students like Demarlie to make friends because students in special education programs are sometimes inadvertently separated from the general student population.

“We can be set in the corner, and this is where the kids with the special needs sit. Now when you’re including them into the general education population, it’s part of acceptance.”

Being part of the Best Buddies Club, she said, “it completely boosts their confidence.”

She said her students light up when their peers come to see them, seek them out during lunch or hang out after school. The relationships also teach them important social skills and lessons in independent living.

About 15 percent of Rocky's student population are in special education.

When Haskill started the club, a chapter of the national nonprofit organization, he had no idea classmates from the general student population would be so receptive.

28 students signed up to be peer buddies.

“It’s made them more outgoing,” Martens said. She said many students with a disability have even fewer social interactions after high school.

The club is seeking to partner with Augustana’s Best Buddies program to continue to support Rocky students after high school.

Haskill plans to go to art school but if his next destination does not have a Best Buddies Club, he may just set one up there too.