Bald eagle count slightly up from last season in the QC

ROCK ISLAND, Illinois– In most cases two sets of eyes are better than one. That’s especially true when it comes to keeping track of America’s ... 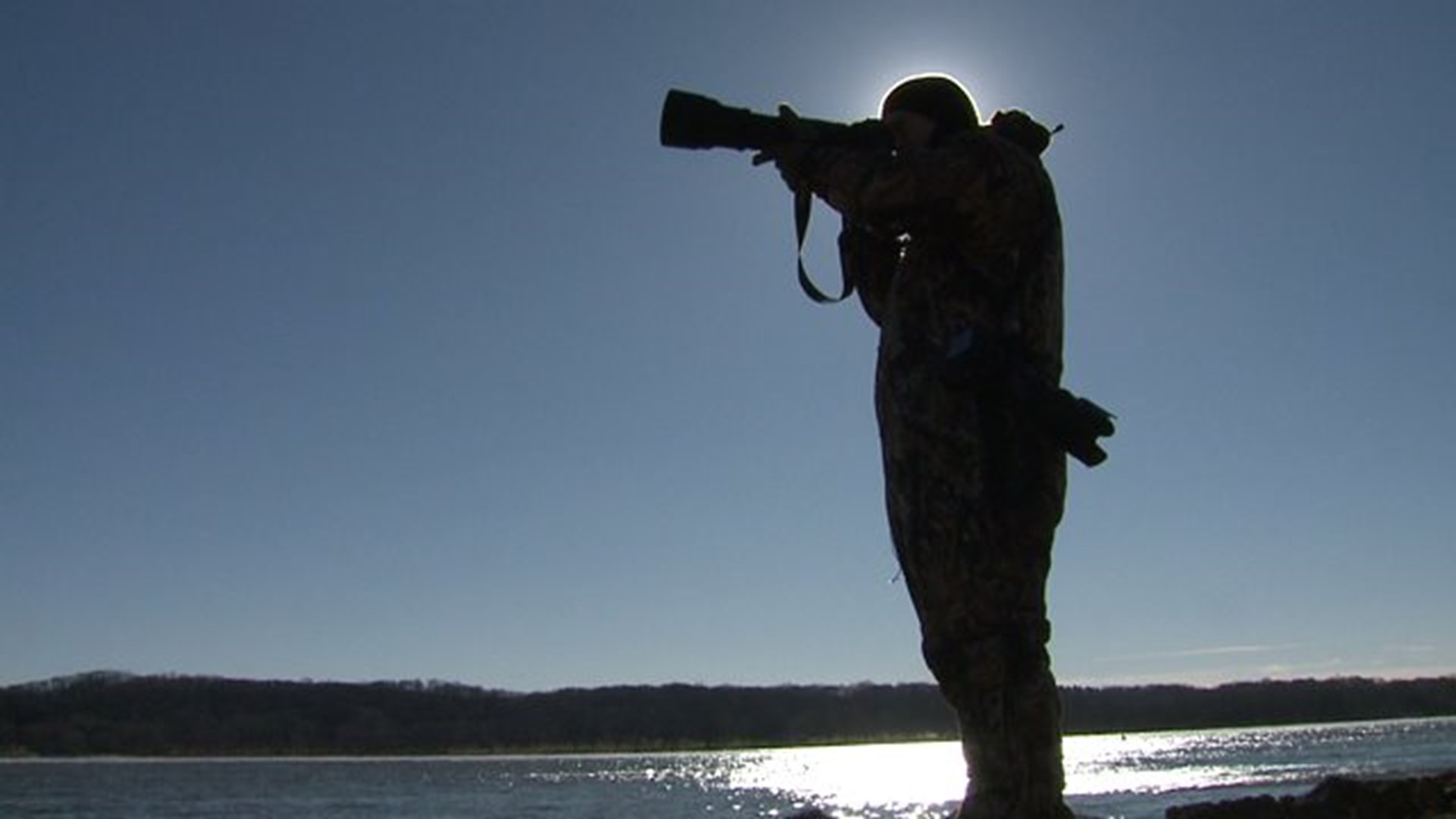 ROCK ISLAND, Illinois-- In most cases two sets of eyes are better than one. That's especially true when it comes to keeping track of America's symbol of freedom, the bald eagle.

"I think people like a comeback story, so they've been on the endangered species list for quite a while," says Army Corps of Engineers park ranger Mike Mckean.

The bird was removed from the list 10 years ago.

Park rangers help make sure that won't happen again. And that means counting them by the lock and dam every week.

They keep track of how many eagles come through and what they are doing, flying, perching, or fishing. They also note factors like temperature, ice thickness, and other animals in the area.

But others like Chris McDonald keep track of the birds for fun.

This eagle enthusiast drove two and a half hours all the way from Springfield, Illinois to sit and wait for that picture perfect moment.

Until about 20 years ago, he hadn't photographed anything like this.

"I grew up in Britain and we don't really have anything quite as impressive as this," says McDonald.

After snapping thousands of shots, he's only found one thing about the flying giants that he doesn't find impressive, their call.

"Given the impressiveness of the bird, it's not the world's most impressive call, is it?" says McDonald.

But that doesn't stop the birds from completely taking people's breath away.

"Actually when there's one like that I have to remind myself to breath," says McDonald.

"Now they're off the endangered species list, so that's something to celebrate," says McKean.

It's a celebration they will continue as long as it's on their count.