The Lexus RX was named Best Luxury SUV of 2016 by Consumer Reports. 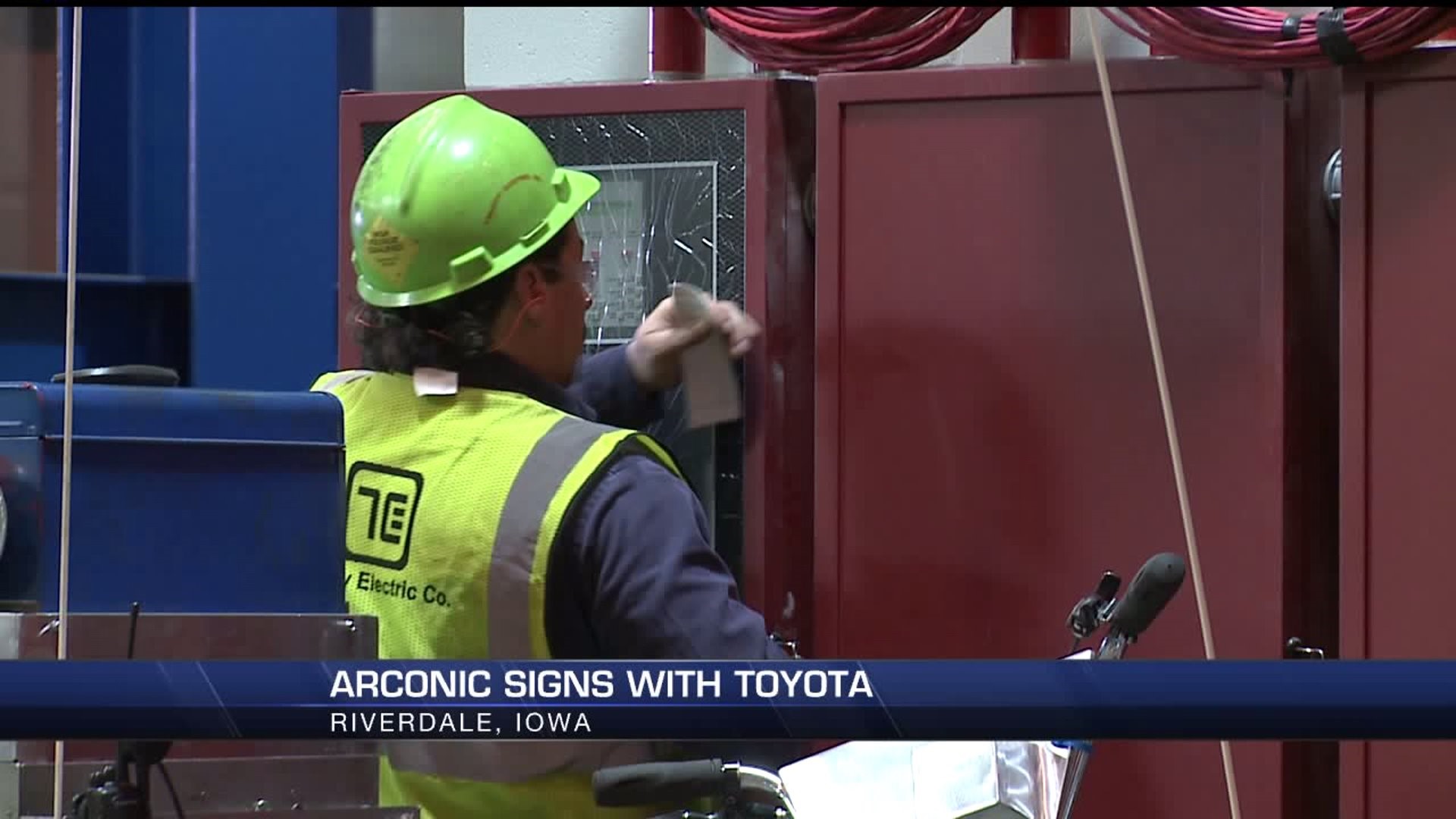 NEW YORK -- Arconic, one of the largest employers in the Quad Cities, announced Monday, March 20 a multi-year deal to be the exclusive supplier of aluminum for Toyota North America's all new Lexus RX line.

The new RX is Lexus/Toyota's first vehicle to prominently feature aluminum exterior panels. Arconic will be the sole aluminum sheet supplier for the Lexus RX.

In addition to the Davenport plant, Arconic will also supply Toyota from its Danville, Illinois plant.

The Toyota deal came on the heels of another massive exclusive contract the company made with Airbus last November.  That billion-dollar deal will put Arconic panels on every plane made by the aerospace giant.

The contract with Toyota is not expected to create news jobs.