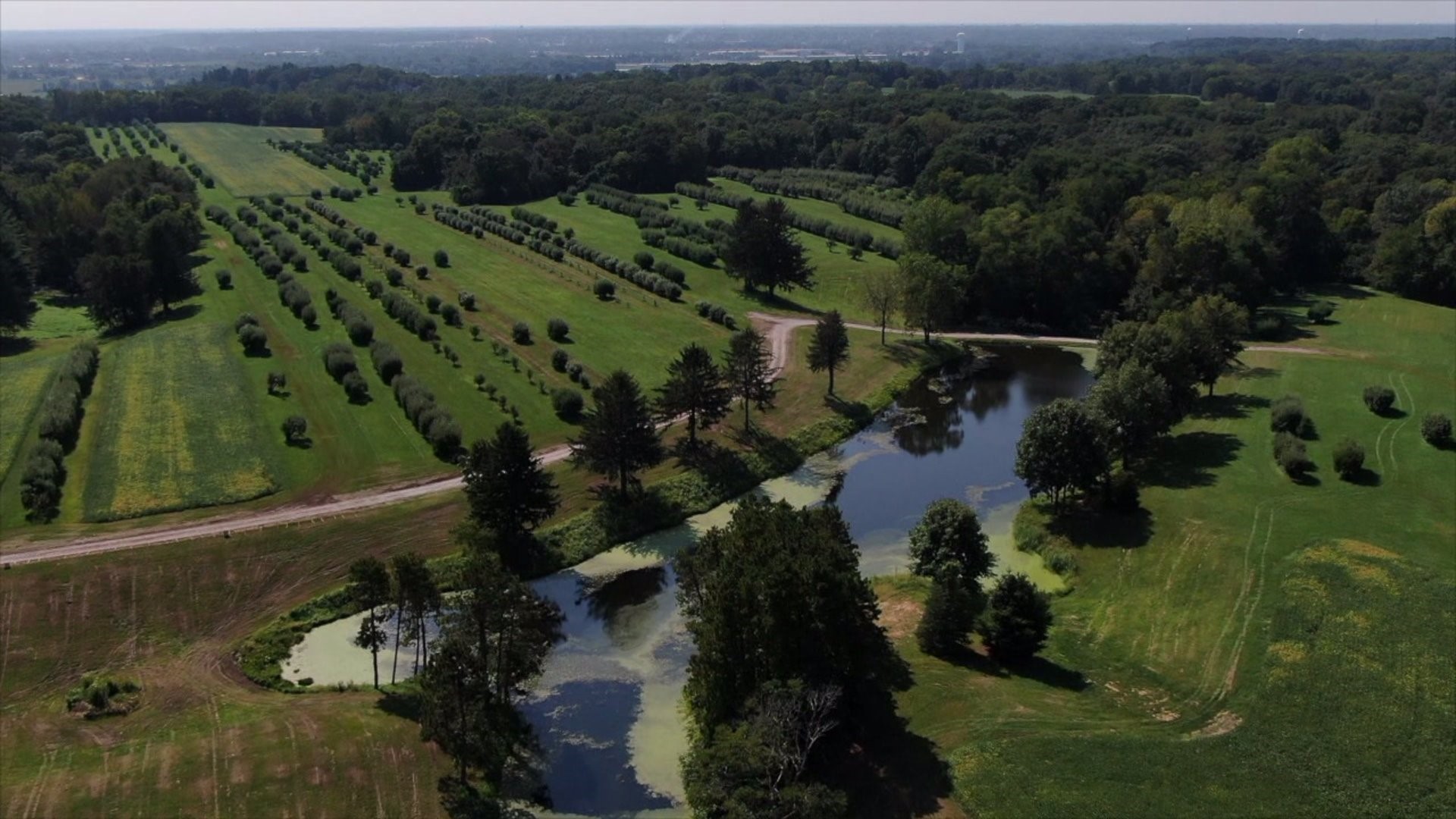 A brutally cold winter, combined with record-setting flooding in the spring and dry weather in the summer, means a smaller crop this fall for the apple orchard. The apples are also nearly three weeks behind schedule so the orchard decided to push back its opening day.

"The sugar content isn’t there yet, I could’ve opened it up and the people would’ve bit into it and they wouldn’t enjoy it," owner Vince Bull says "It was a tough call, and we're losing money every week to keep it closed, but our main objective is to make a top quality product for people to come and enjoy."

The orchard is also seeing about a 40 percent smaller crop this year.

To make matters worse, dozens of deer strike every night, feeding on an already-small crop.

"My dogs and I chase the deer out, and two nights ago, we chased 58 deer out," Bull says. "You figure, that's just what we’re seeing. If you're feeding 58 deer, and how many they’re eating, pulling off, rubbing, there's an awful lot of damage being done. You really notice it on a small crop year."

Once the apple barn opens this Friday, Bull is anticipating a busy, but short "pick your own" season.

The orchard is usually open every weekend for the public to pick their own apples for about eight to twelve weeks, but this year, Bull thinks they may have to close the weekend apple picking in about six to eight weeks.

"It's gonna be like locusts through Kansas," Bull says. "They're gonna strip everything in a hurry."

Their retail shop will stay open through Thanksgiving, seven days a week, with apples kept in cold storage for anyone to enjoy.

"We’ll adjust," Bull says. "We've got sections we can open up more if the public needs more fruit."

One thing staying consistent this season: the price of apples. Bull says they considered raising the prices based on the smaller crop, but they're choosing to keep prices the same as years past.

"We're gonna keep (the price) the way it's been for years, and we’ll discuss that, see how we come through," Bull says. "A shiny nickel makes me more than a dull dime."

Bull is hoping for the next weather year to be more normal, but after being on the orchard for more than 40 years, he knows that's a tall order.

"That's farming, you adjust to what's thrown at you, and adapt and make it work," Bull says.