Morrison Police were asking for help from the community to find an anvil stolen from the city’s Heritage Museum. 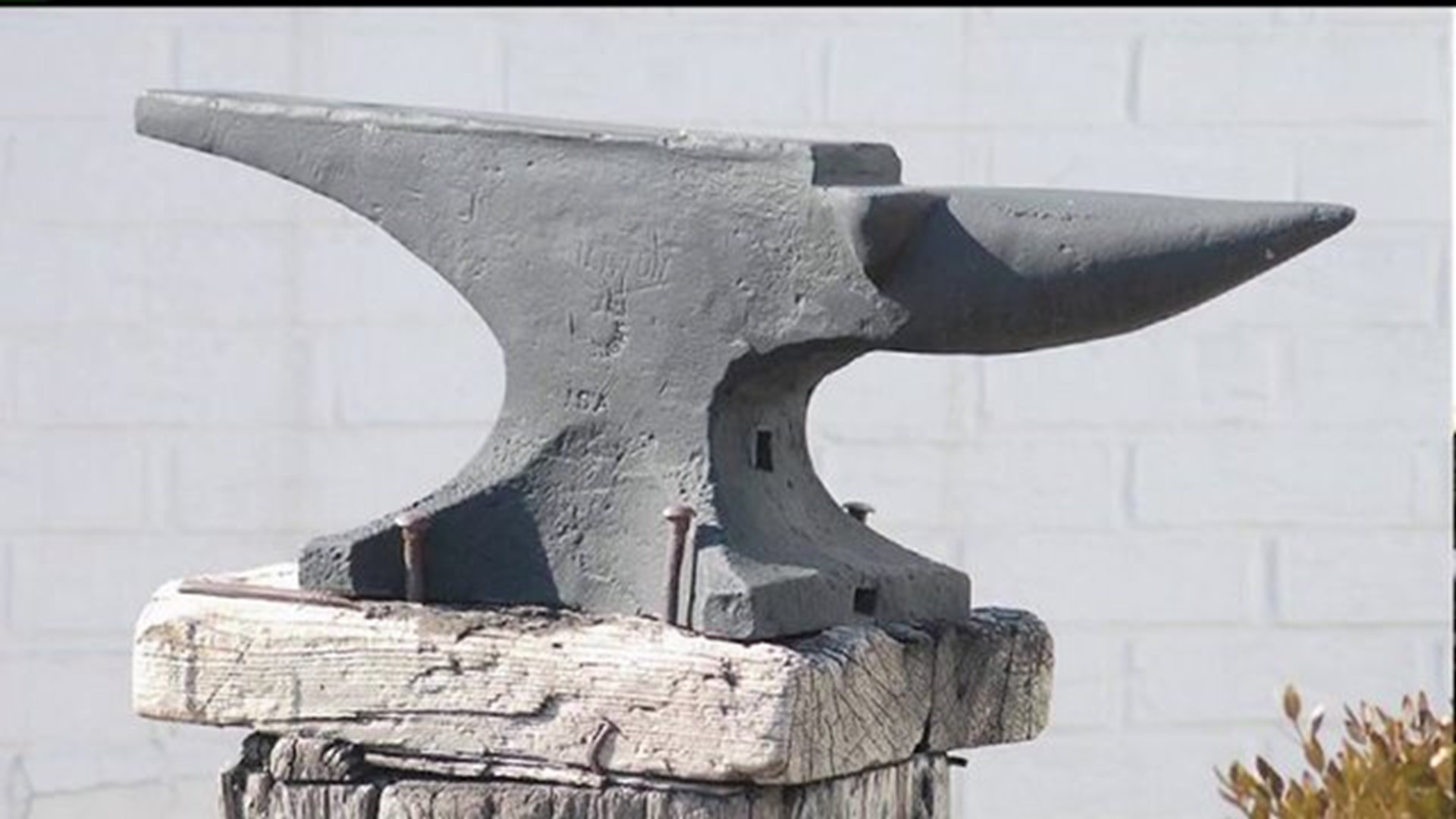 Morrison Police were asking for help from the community to find an anvil stolen from the city's Heritage Museum.

Police Chief Brian Melton said the anvil went missing sometime in late October 2014.  The theft was reported to police in November, but so far, investigators have only hit dead ends.

"We thought it would surface pretty quickly, because what are you going to do with an anvil?" said Melton.

The anvil was estimated to weigh between 200 and 300 pounds and would have taken at least two adults to move it, Melton said. He believes it would be worth around $400 to $600 if sold as scrap metal.

"I mean, it's a pretty neat artifact, but unless you're a blacksmith or something in that trade, it doesn't do you much good," said Melton.

Before it vanished, the anvil sat in front of the Morrison Heritage Museum at 202 East Lincolnway.

The anvil was used for decades in the Karl and Proctor Lind Blacksmith Shop, formerly located at 223 E. Lincolnway, according to a report from The Prairie Advocate.  The anvil was left to the Morrison Historical Society in 2012 by the estate of well-known quarter horse breeder and exhibitor Margaret “Margy” Haines, who was from Morrison, the report said.

"We took it here, and we put it out for display. And we did not tie it down good enough, sadly," said Harvey Zuidema, president of the Morrison Historical Society.

Zuidema said he remembers visiting the Lind Blacksmith Shop and believes the anvil has been in town for at least 100 years. To him, the anvil's value is more historical than monetary.

"If it's gone, it's gone. We will not be able to replace it," said Zuidema.

A reward of up to $1,000 was available from Whiteside County Crime Stoppers for information that leads to an arrest in the case, Melton said.  Anyone with information can call them anonymously at 877-625-7867, or call Morrison Police at 815-772-7659.