Fergie’s rendition checked in at more than two minutes long. 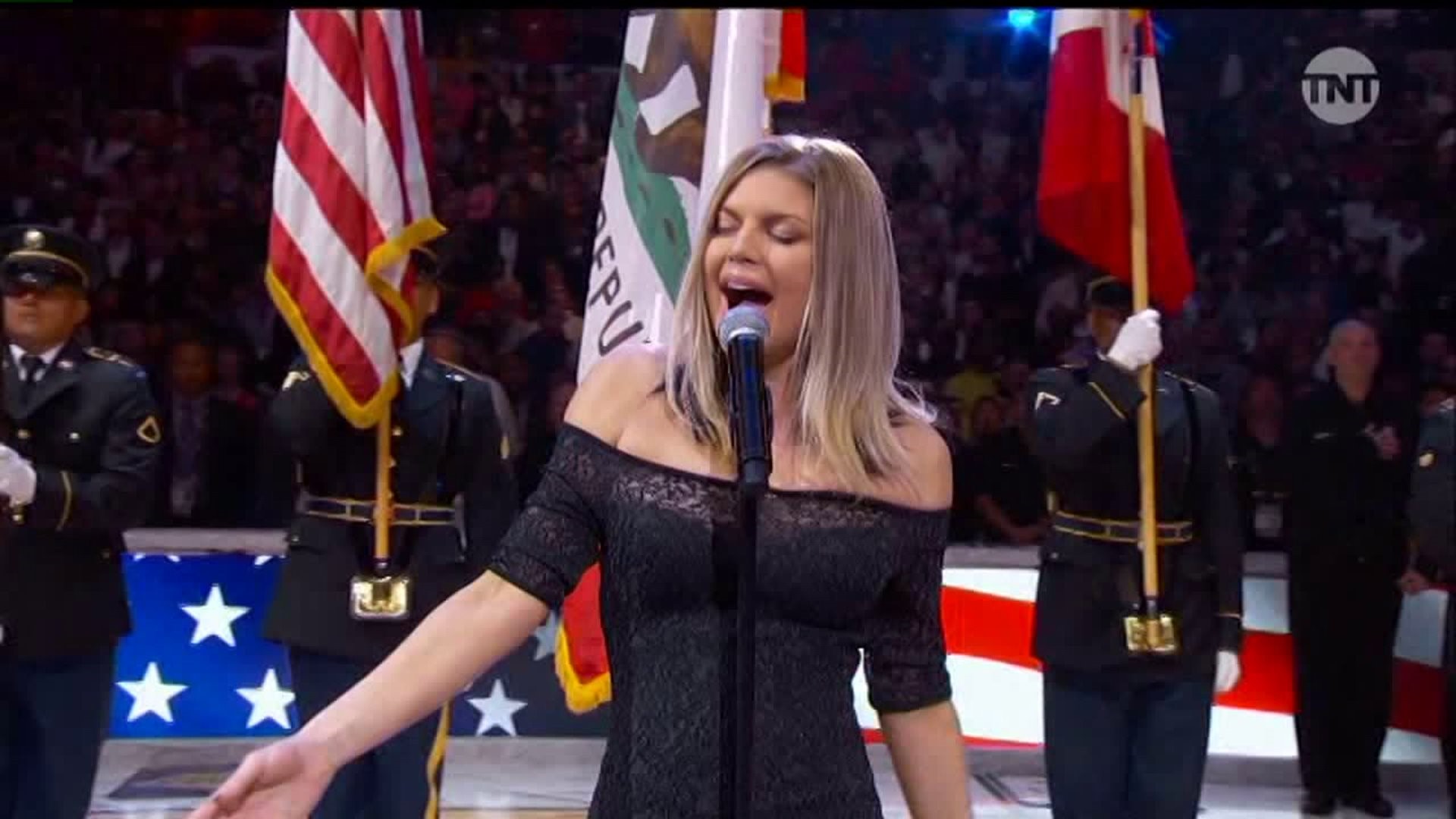 Fergie delivered a sultry performance of the National Anthem at the star-studded NBA All-Star Game, which took many by surprise.

The Black Eye Peas singer delivered a jazz inspired rendition of “The Star-Spangled Banner” before the 67th edition of the NBA All-Star Game at L.A.’s Staples Center Sunday night.

Cameras captured celebrities and players smiling or chuckling — instead of enjoying the country’s anthem.

The rendition took Fergie over two-minutes to sing.

Charles Barkley joked that he “needed a cigarette” after Fergie’s performance, while Shaquille O’Neal called her rendition “different” and “sexy.”

Here’s a look at some of the social media reaction:

Players faces during Fergie’s rendition of the National Anthem... pic.twitter.com/QQ3VXaBchT

Who saw Fergie's national anthem performance at the NBA All Star Game? I think mine was better lowkey

Fergie’s rendition of the National Anthem was originally written by Francis Scott Out of Key.

Get the last laugh. And, make it make sense.. pic.twitter.com/OAlAcbeVPy

Just watching all the players’ reactions to Fergie has me dying 💀 pic.twitter.com/1887xdKW2M