A family in Aledo is learning to take things one day at a time. It’s their family motto in the face of a terminal illness.

ALEDO, Illinois – A family in Aledo is learning to take things one day at a time. It’s their family motto in the face of a terminal illness. Shelby Lyon’s son Owen was diagnosed with a rare genetic disease that will one day take away his ability to walk and talk. But right now, he is making memories with some of his favorite people – his classmates and teachers at Apollo Elementary. 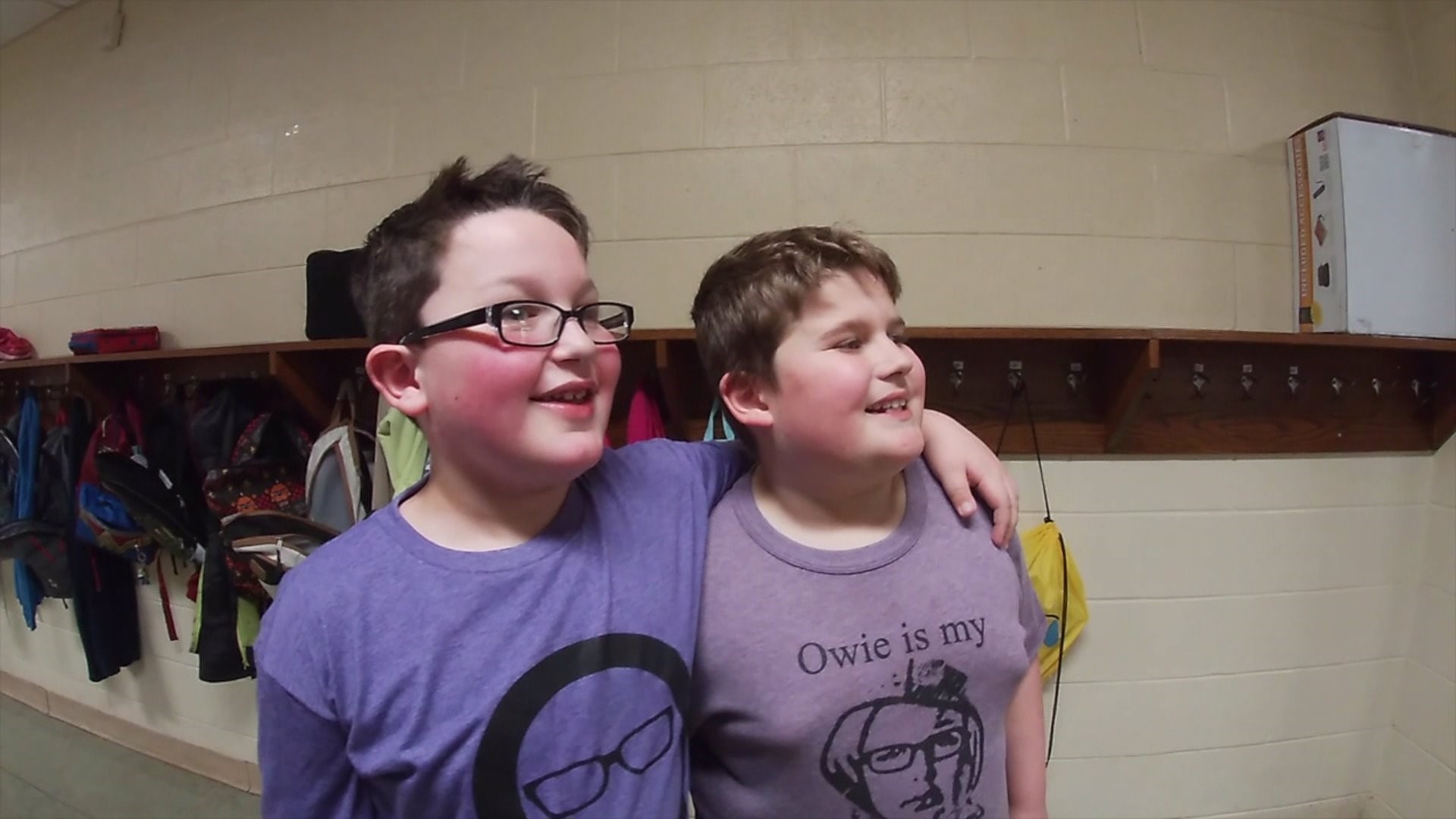 Owen is 8-years-old and in 2nd grade at Apollo, but Lyon explains that cognitively, he's at a 3-year-old level. She said she doesn't see him advance much beyond that. It's been a year since he was first diagnosed with MPS IIIa, also known as Sanfillipo Syndrome.

"Basically we were all born with the enzyme in our brain that clears all the trash cells out," Lyon explained. "Owen was born without that enzyme. So over time, the trash cells will build up and damage his brain permanently. It's a regressive, terminal illness."

Though Owen has attended Apollo Elementary since Kindergarten, Lyon feels the time is right to make a change. Next year, Owen will attend another school better suited to his skills. It will give him the time to be social that he loves, without the structure of sitting in a classroom. Leaving Apollo is just another step in the changes that will come because of MPS.

That's why Owen's family and friends are celebrating on May 15, 2019. They are marking National MPS Awareness Day with a class party. Everyone gets a slice of cake, a juice box and a special gift from Owen, a sign that says "You are special to me." He learned how to trace the letters. Everyone wears the color purple for MPS awareness. There are handwritten messages on the classroom dry erase board declaring, "We love you, Owen!".

"He definitely doesn't know what MPS Awareness Day is," his mom explained. "But when we tell him it's 'Owen's Day', he gives all the hugs. He's soaking it all in."

And that's an everyday thing for Owen. He lives only in the moment. It's taught his mom to do the same, not knowing how quickly his disease will progress over the next few weeks, months or years. There is no cure for MPS.

"We want to enjoy what's in front of us," she explained. "So we take a breath, and we take it one day at a time."

You can read more about Owen's story and learn how to help his family here.