Alcoa gets massive delivery that will enhance aluminum production

A piece of equipment so big it had to be delivered by barge. Alcoa Davenport Works received a new machine on Monday that will ultimately improve its aluminum pr... 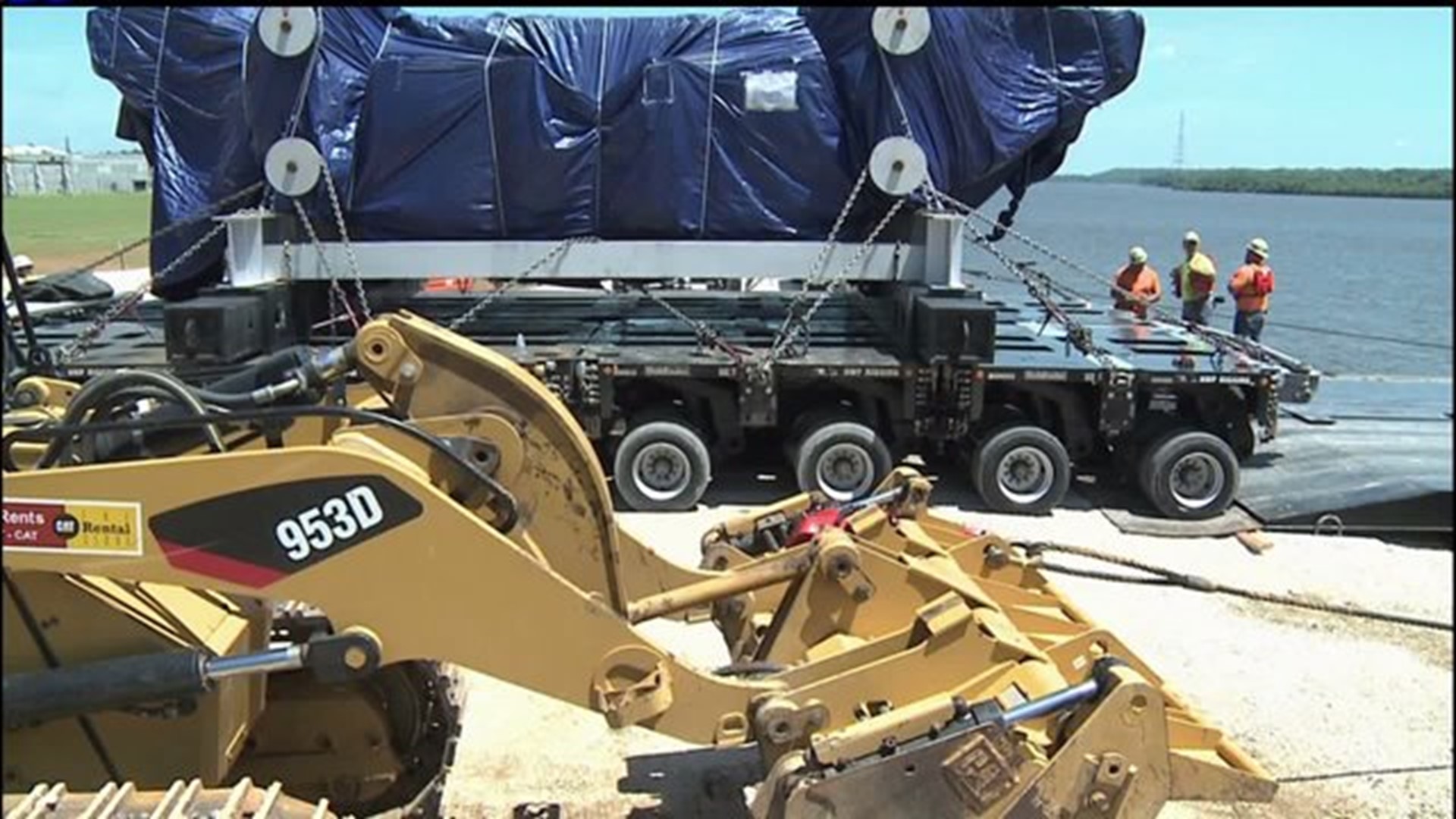 RIVERDALE, Iowa -- A piece of equipment so big it had to be delivered by barge. Alcoa Davenport Works received a new machine on Monday that will ultimately improve its aluminum production.

"These two big parts today are actually coming from South Korea so they came across the Pacific, went through the [Panama Canal], came up to New Orleans on an ocean-going ship, then they off loaded it onto a barge which you see here today," said John Riches, Spokeman for Alcoa.

It took a barge a week and a half to get the equipment from the ports of New Orleans up to an unloading spot at Alcoa on the shores of the Mississippi.

"It's just a huge piece of equipment and again it positions us to provide material competitors can't necessarily provide," said Riches, standing near a huge, slow-moving trailer hauling one of two so-called, 'pull heads'.

The new equipment will help produce some of the thickest aluminum in the world - used by plane manufacturing companies, like Boeing.

"They want to be able to machine parts out of bigger pieces of plate," said Riches, in reference to the 1-foot thick 'plates' of aluminum that Alcoa will now be able to process. That is an increase from the aluminum supplier's current 7-ince maximum.

"It's coming off the ship today; It's still going to take a number of of months to get installed and put together," said Riches.

The two 700-thousand pound 'pull heads' are the first of three large parts needed for the new operation. The third part will be delivered in September, it is said to be an even larger delivery than Monday's load. Alcoa expects the machinery to be working in the plant by the beginning of 2017.