A year after limo crash killed 20 in New York, memorial is unveiled

A memorial to the 20 people killed when a stretch limousine blew through an intersection at the bottom of a long hill and barreled into an embankment a year ago... 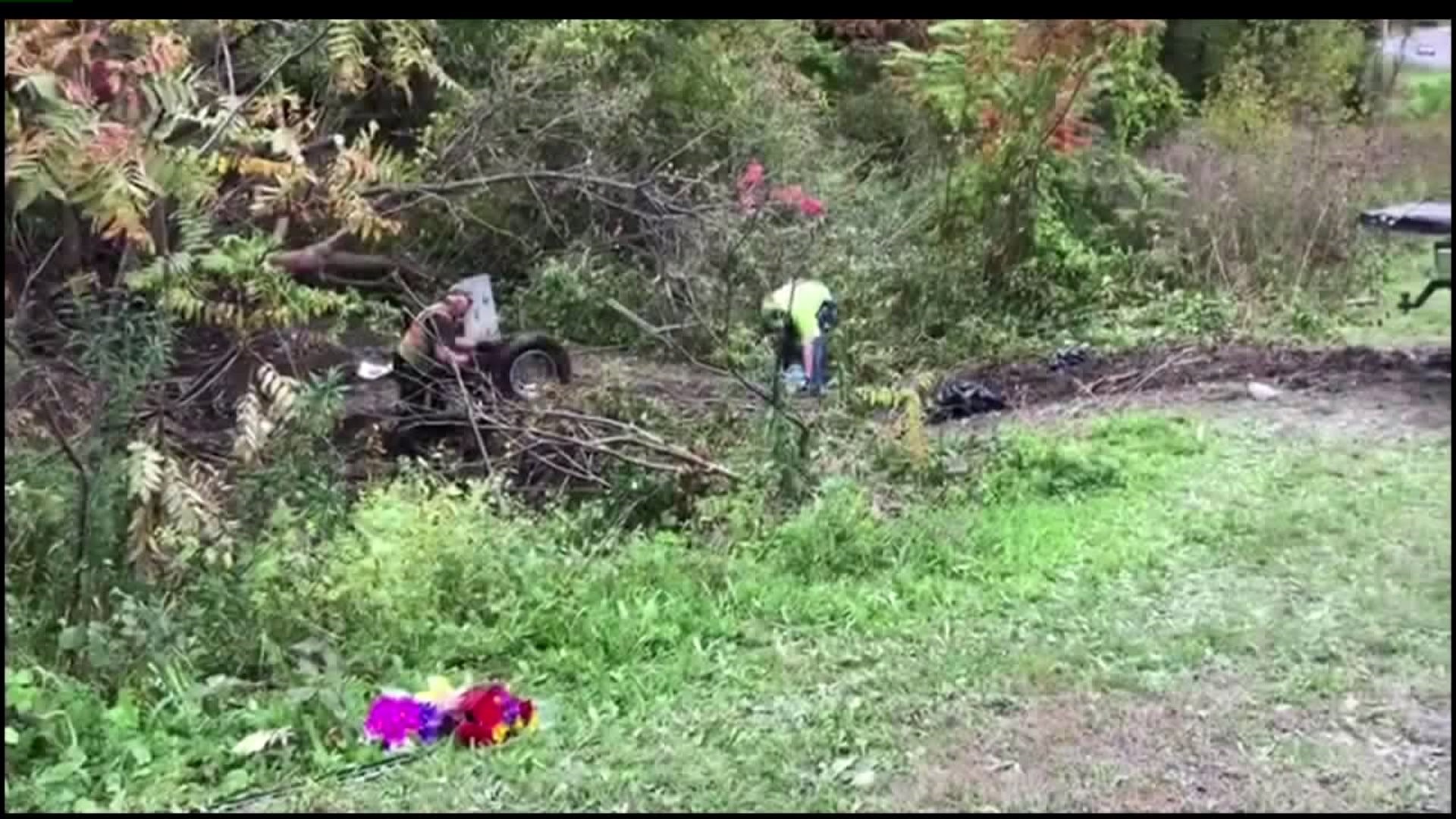 SCHOHARIE, N.Y. (AP) — A memorial to the 20 people killed when a stretch limousine blew through an intersection at the bottom of a long hill and barreled into an earthen embankment a year ago was unveiled Saturday at the crash site in upstate New York.

On a cold, foggy day, family members and first responders got a private first look at the memorial featuring 20 stones in a semicircle. The public is welcome Sunday.

They joined a gathering of about 100 people, including Christian clergy members, a rabbi and an imam, for the hourlong ceremony.

Each stone features a plaque bearing the name of a person killed in the Oct. 6, 2018, crash near a country store in Schoharie, New York. The 17 passengers, including four sisters, were on a birthday outing when the limo crashed. The driver and two pedestrians also were killed.

"It's important that they never be forgotten," said Jessica Kirby, president of Reflections Memorial Foundation. Kirby was working at her family's country store the day of the crash and called 911.

A unique shoe print on each stone symbolizes the lasting impressions of the victims. There also will be stones honoring the emergency responders.

"Hopefully, it reminds people on a daily basis of what's important in their lives: their family, their friends," Kirby said.

The not-for-profit foundation has raised more than $50,000 and hopes to raise $250,000 to fund continuous maintenance, she said.

The memorial is near the spot where crosses were mounted on a vertical plank shortly after the crash. That temporary memorial was donated to the New York State Museum.

The crash made renewed headlines in the week leading up to the year anniversary.

The operator of the limousine has pleaded not guilty to criminally negligent homicide and is scheduled to go on trial next year.