Patty’s pummel palace will even let you play your own music during your rage session. 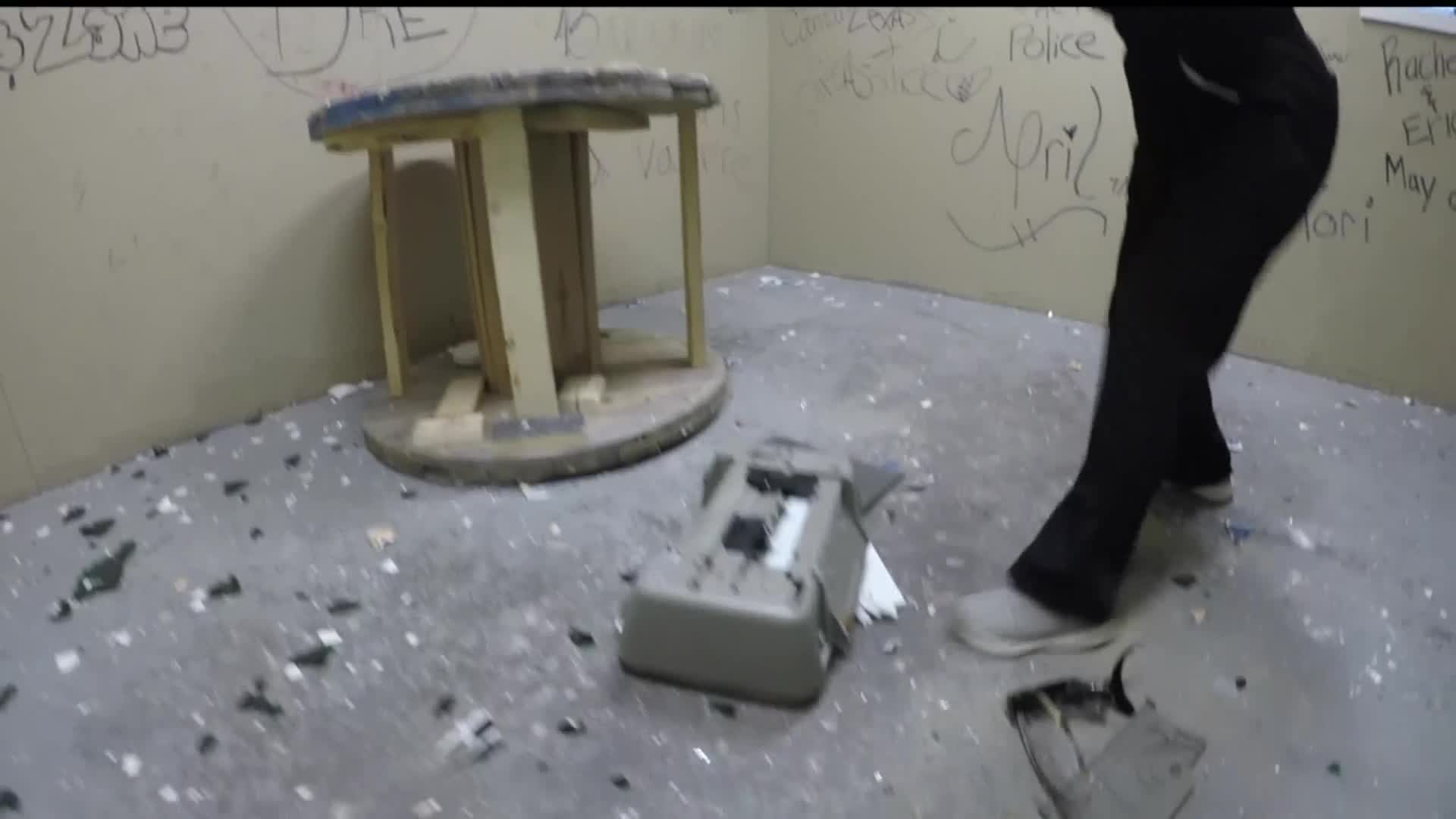 MOLINE, Illinois  -- At most stores, the rules say if you break it, you buy it. But, there is a new shop in Moline that has a different set of rules.

"It just kind of soothes the soul to smash stuff," Britt said.

A rage room is a place where you're allowed to crush, smash, and throw basically anything you want. They will provide you with donated glassware and old electronics. You can even bring in your own stuff.

"Computer monitors, some smaller TVs, larger TVs, and even larger TVs," Britt said. " A lot of people like printers. One girl asked if she could bring in her stuff that her ex boyfriend left at her place, so I told her most definitely."

You choose your weapon of choice out of their options. They will also provide you with safety gear.

"I like the baseball bat," rage room participant Tamlyn Tinker said. "I like the sledgehammer for sure."

Owner Lonnie Britt said the room is perfect for road rage, work frustrations, or just the everyday pressures of life.

"I work in the service industry," participant Tinker said. "There's a lot of built up rage in there somewhere."

The packages range from a "hissy fit" to a full blown "tantrum."

"It`s fun because it`s bad," Tinker said. "You`re not supposed to be breaking stuff, but you get to do it. The best part is you don`t even have to clean up the mess."

Britt says everyone he sees walk out seems to be in a much better mood. They will even let you play your own music during your rage session.

"When you walk out, you`re just like 'that was good. That was good,'" Tinker said.