80 year old Canoeist Floats through Quad Cities on a Mission

It’s being called a “source to sea” adventure to break a world record. It’s being done by a man who calls himself the Grey Beard Adventu... 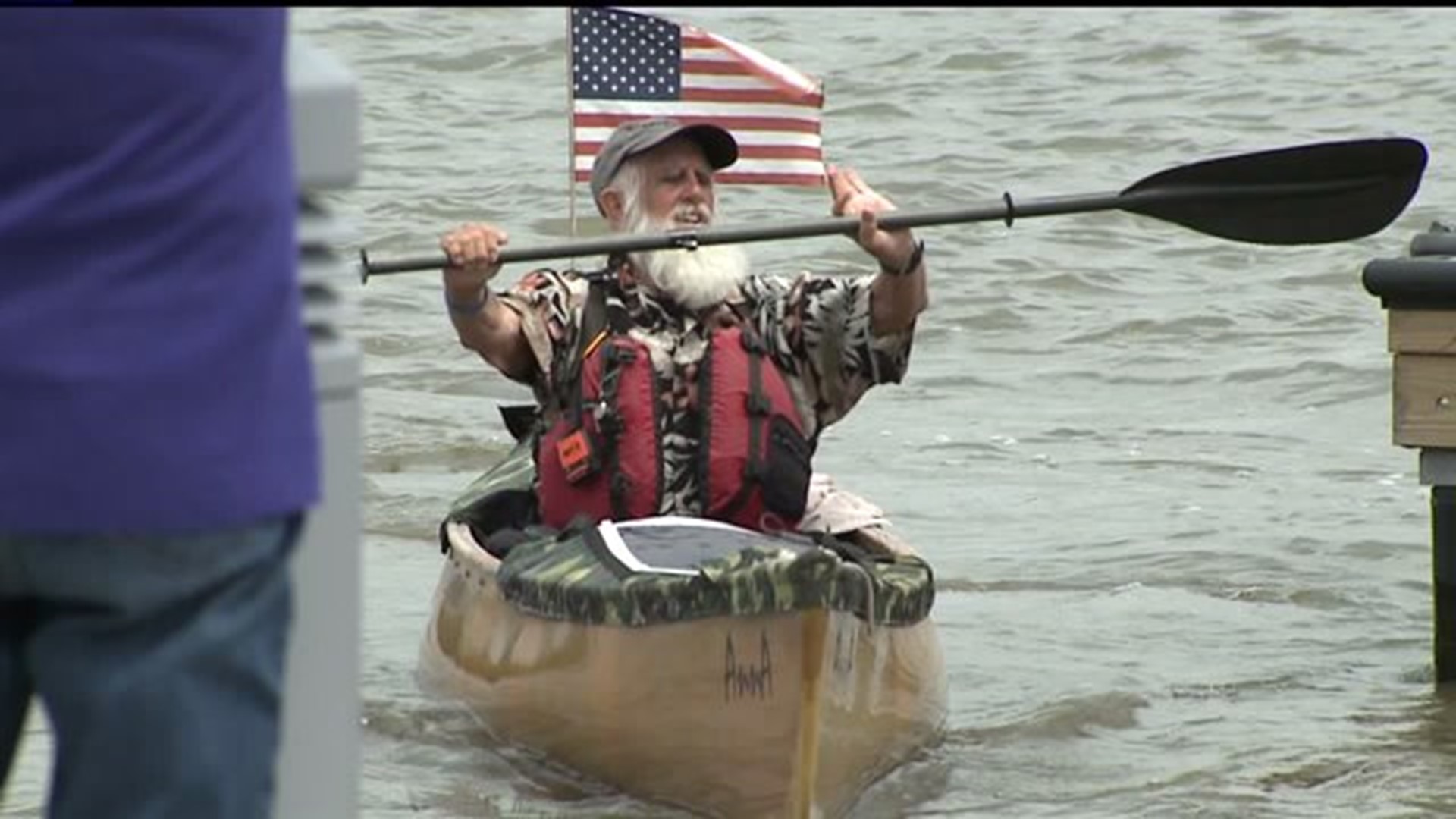 It's being called a "source to sea" adventure to break a world record.

It's being done by a man who calls himself the Grey Beard Adventurer.

Dale Sanders is a lone paddler out on the Mississippi River.

"Wow, that was a rough morning," he says after floating through Lock and Dam 15 between Rock Island and Davenport.

But it's not a one day trip: he's on an 80-day mission to paddle from source to sea

He started at the headwaters of the Mississippi River in Itasca, Minnesota and plans to paddle the 2300 mile length to south of New Orleans where it flows into the Gulf of Mexico.

And that means a stop in the Quad Cities.

"I am going to have to salute you Rock Island," he says while pulling up to the shore.

You can't tell he's 80.   He says he's in great shape, thanks to a life of fitness and the distinction of being a world class spearfisherman when he was younger.

Meeting him at the dock are others who want to see history in the making:  the oldest man to solo-paddle the length of the Mississippi.

"And I challenge any of the old folks out there to beat that record," he says.

But it's not just his health that concerns him.   He's also doing this for his 11-year old niece Anna.

Anna was diagnosed with Type 1 diabetes.

"That's a dreaded disease and she's had it since she was 4."

He's seeking donations for juvenile diabetes research and he welcomes other paddlers to join him on his trip south.

If successful, Dale will be south of New Orleans this September.

He's trying to accomplish two things by showing age doesn't matter and by fighting diabetes with every stroke of the paddle.

It's quite an adventure.

"Adventure is my life."