It was a cold day, much like today, when one of the worst fires in U.S. history happened in the Quad Cities. The first fire call came in at 2:06 am on January 7... 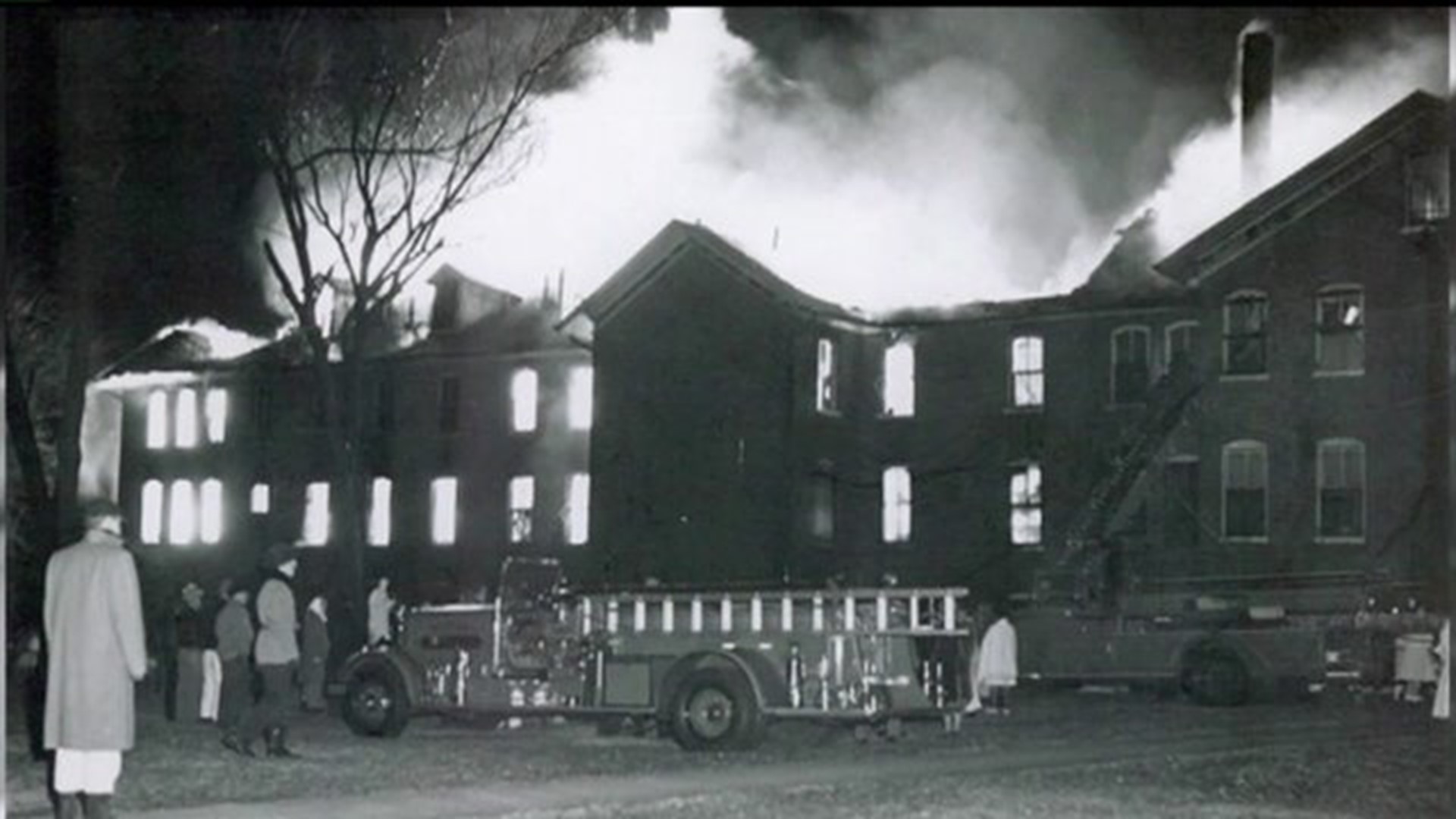 It was a cold day, much like today, when one of the worst fires in U.S. history happened in the Quad Cities.

The first fire call came in at 2:06 am on January 7th, 1950. Engulfed in flames was St. Elizabeth's, a mental health facility on the campus of Mercy Hospital, which is now Genesis Health System.

65 years later on January 7th, 2015, at 2:06 pm, bells rang in remembrance of that tragic day. 41 people lost their lives, including 40 psychiatric patients and 1 nurse who tried to save them.

"I think about everything that Anna [Neal] must of had to do and she dedicated herself and ultimately sacrificed herself to try to save her patients," reflected Katie Moeller, Lean Specialist at Genesis. "She's really a hero."

"I'm thinking about how scared those patients must have been, especially with the conditions that they were in, being barred into the rooms and things like that," added Karyn Hilton, Nursing System Data Coordinator at Genesis.

Starting at 2:06am, a candlelight vigil took place for 12 hours straight inside the Chapel at Genesis' West Campus. At 2:06pm, Genesis held a ceremony of remembrance, then placed a wreath in the cemetery plot along Marquette Street, where the unclaimed bodies from the fire are buried.

"If we don't remember what happened that day and become better because of it, then those people died in vain and that's something we simply cannot allow to happen," said Ken Croken, Vice President of Corporate Communications for Genesis.

"I'm hoping that we'll bring light to what we need to do in the future and how we have to keep things like this from happening," added Hilton.

To do that, Genesis is designating this week as Patient Safety Awareness Week. Organized by Genesis' FIREStarters Missions Team, members are asking all employees to take a moment and re-commit to 41 safety skills, behaviors, and habits - 1 for each life that was lost 65 years ago.

According to a Press Release from Genesis, "among the 41 safety essentials for Genesis employees are the practice of RACE for fire safety (Rescue, Alarm, Contain, Extinguish/Evacuate); PASS for fire extinguisher safety (Pull, Aim, Squeeze, Sweep); knowing hospital emergency codes; knowing the ALICE plan (Alert, Lockdown, Inform, Counter, Evacuate); celebrating safety stories; and to 'Stop the Line' whenever there is a safety concern."

Croken says Genesis has been recognized as one of the safest providers of healthcare services in the country.

"The Centers for Medicare and Medicaid Services [CMS] ranks us in the top 5% of all hospitals. We have the highest rating for patient safety in the region. We've come a very long way and that's the result of one and only one reason - focus and commitment."

"Every day - even 65 years later - every day, we continue to make our patients and our staff as safe as we possibly can and it'll be an ongoing journey that we will take on for the rest of our existence," said Moeller.

According to a Press Release from Genesis, "everything that could have gone wrong on that night went wrong."

It reads: "Residents were trapped in the rapidly-spreading inferno behind barred windows. Exits were inaccessible. Structural flaws and the residents' own physical and mental infirmities made escape nearly impossible. There was no sprinkler system. There was one exterior fire escape but the route out of the building was blocked by locked doors."

Firefighters were able to save 25 residents by breaking through the barred windows and through walls, said the Press Release.