ELDORA, Iowa– After a freak accident at boot camp took his life, a 20-year-old Iowa Marine was laid to rest Saturday in his hometown, surrounded by family... 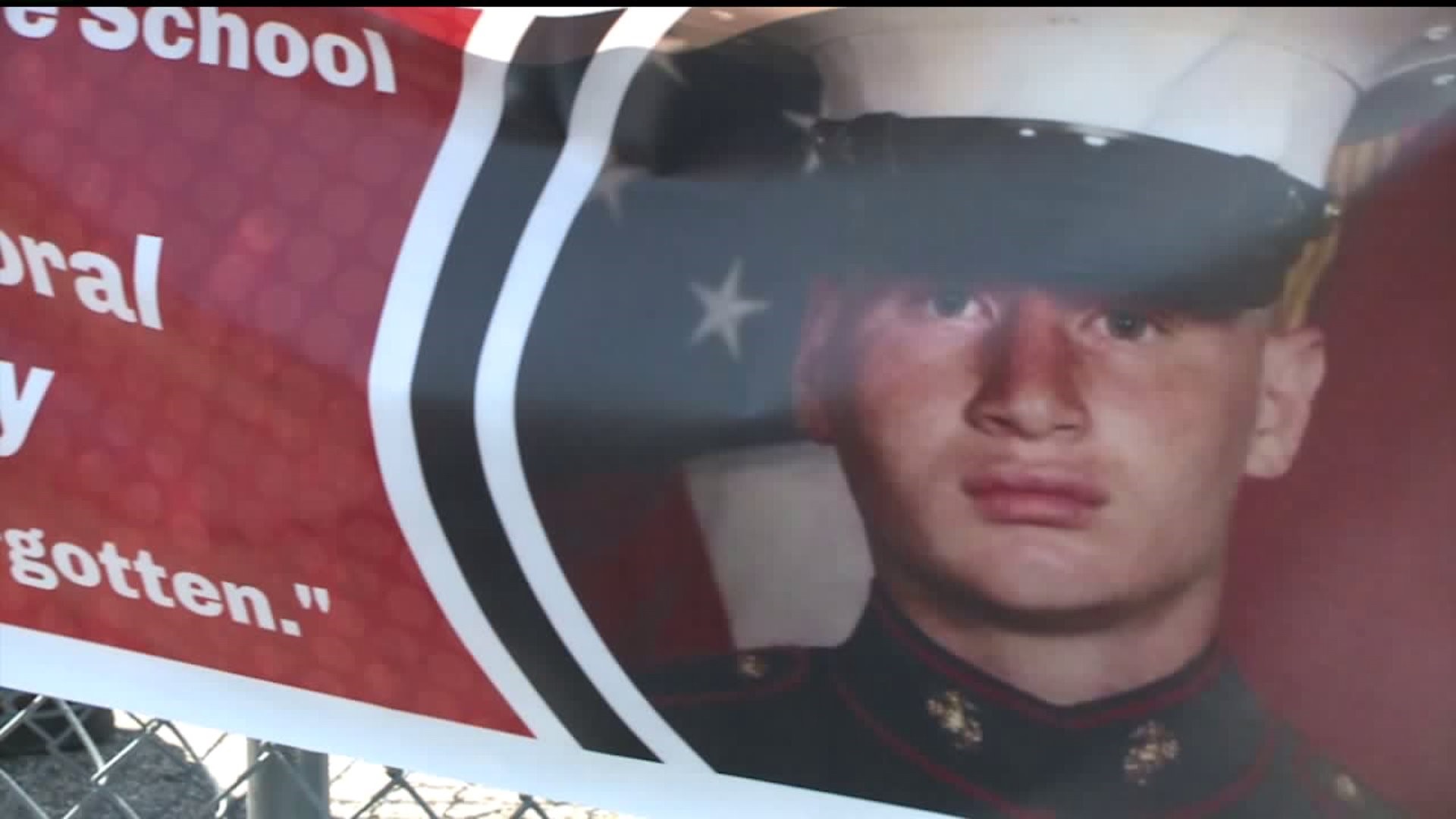 ELDORA, Iowa-- After a freak accident at boot camp took his life, a 20-year-old Iowa Marine was laid to rest Saturday in his hometown, surrounded by family, friends, and some very special guests.

At first it was in doubt if Lance Corporal Cody Haley's platoon would be able to make it from California to Eldora for the funeral service. But thanks to generous donations, 50 Marines were able to fly out to honor Haley and support his family.

Haley died at Camp Pendleton in California in a freak accident, when a tree fell on him during routine training.

Saturday, his family, neighbors, area veterans, and the men and women he served with bid a final farewell to a son, brother, and U.S. Marine.

Freemon Draw, a Marine, saw Haley as a little brother with a "huge heart, huge heart. The amount of love this kid had was just immeasurable," he emotionally recalled. "He had my back in life, I knew he had it, as well as in the Marine Corps."

Steve Cox, state captain of the Iowa Patriot Guard Riders spoke at the service, saying, "Although he was taken a little too soon from us, he definitely made his family proud, he made his country proud, and I'm damned proud to have known him."

People at the funeral say it felt like the entire town was at the service. The Patriot Guard Riders of Iowa also made the trip, giving Cody and his family a roaring escort to the cemetery.

MORE: How Haley's family and friends raised money to fly his platoon to Iowa

Before the service, Haley's mom expressed how much it would mean to have her son's platoon attend his funeral.

"Words cannot describe how much it would mean to me if they want to come back for Cody's funeral," Mrs. Haley expressed, through tears. "I want to do everything in my power to help do that."