2 skydivers collide in midair during jump over Illinois

One skydiver was knocked unconscious in the collision, but a safety device opened his parachute. 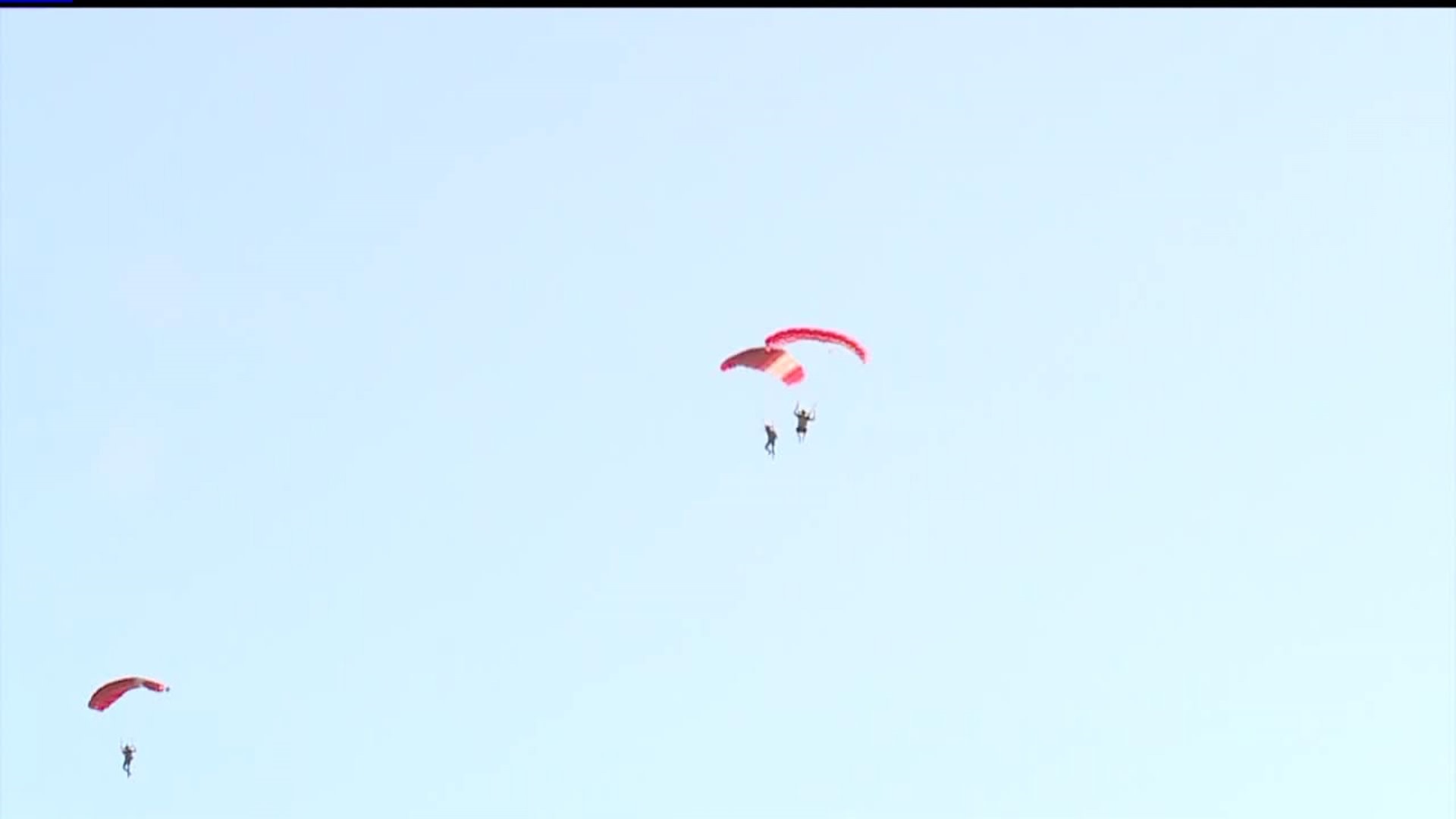 OTTAWA, Ill. (AP) — Two skydivers are said to be fine after they collided in midair during a jump outside Ottawa, Illinois.

A spokesman for Skydive Chicago said one of the licensed skydivers was knocked unconscious in the collision Tuesday. However, his automatic activation device opened his parachute. Because he unable to steer, he landed in the Fox River.

Skydiver Chicago Director Rook Nelson says when rescuers arrived at the riverbank, the skydiver was on shore and was able to walk to an ambulance.

The Ottawa Fire Department says the other skydiver landed at the airport and both were taken to OSF St. Elizabeth Medical Center for evaluation. Neither skydiver was identified.

Skydive Chicago is in the fourth day of its Summerfest celebration. Nelson estimates 500 jumpers were at the venue Tuesday, with more expected this weekend.