Two people are dead and four others were wounded after a gunman walked into a library in eastern New Mexico and opened fire Monday. 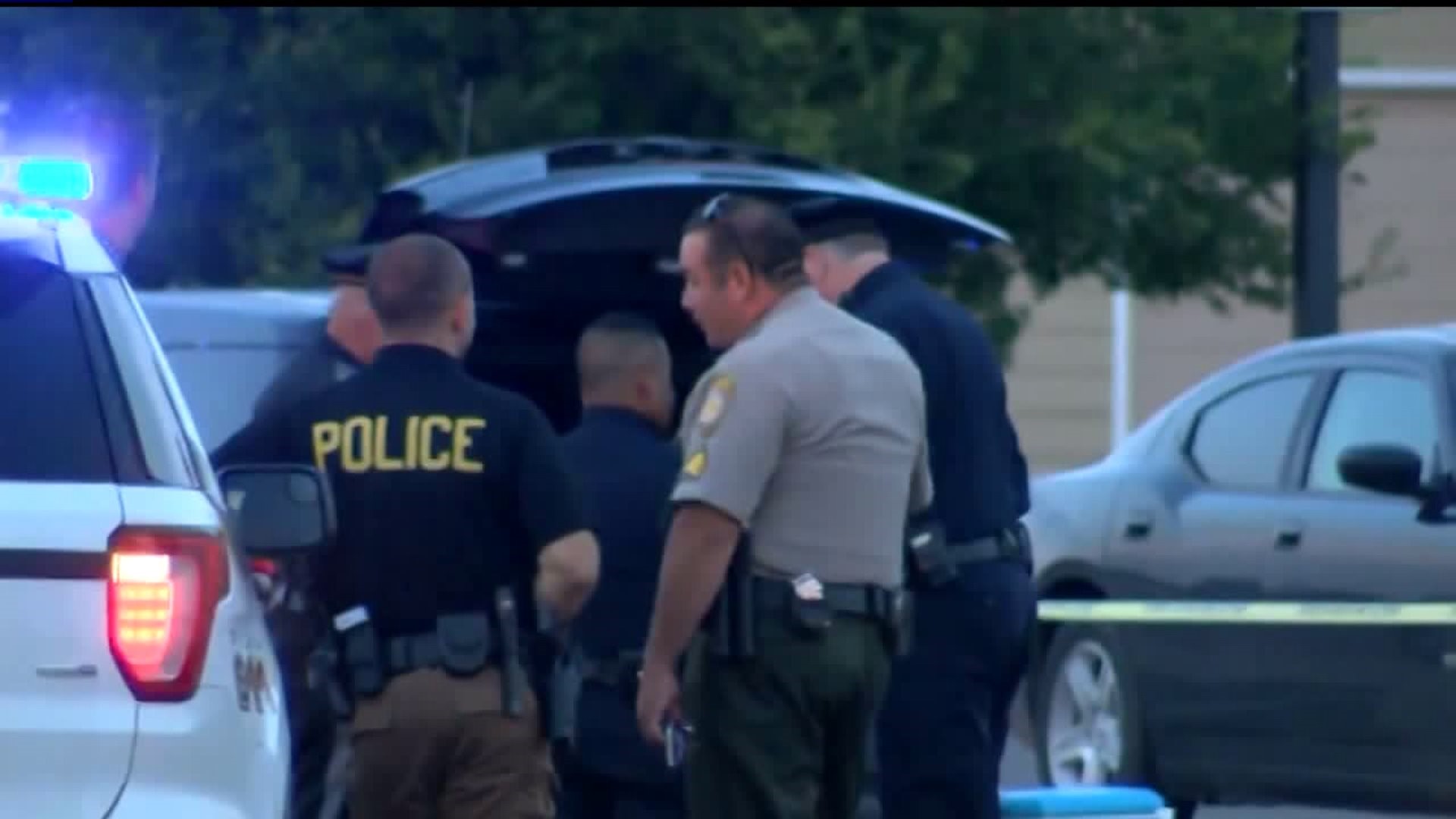 (CNN) -- Two people are dead and four others were wounded after a gunman walked into a library in eastern New Mexico and opened fire Monday.

"He just started unloading pretty much the whole clip," said Sam Nathavong, who told CNN affiliate KRQE that he was in a room studying when he heard the shots.

"I threw the table against the door and I barricaded myself in there," Nathavong said. "I thought he was coming my way and by then the cops got there."

The gunman began shooting at the Clovis- Carver Library just after 4 p.m. local time and police said first responders were on scene quickly after the active shooter call came in.

Two women were found dead inside the library; two men and two women were injured. Three of them were airlifted to the hospital, Clovis Police Chief Douglas Ford said at a news conference.

Police confronted the gunman inside the library, but he was arrested without firing any more shots, he said.

"We've been hit hard," said Clovis Mayor David Lansford. "We're a community that will get back up, but right now we're hurting."

Cellphone video of a young man being led away by police reached the internet and local news broadcasts just hours after the shooting, causing social media to erupt with speculation of the shooter's identity.

CNN is not identifying that person because police have not officially released the name of anyone considered a suspect. Nor have they released the names of any victims, pending the notification of family members.

"We're grieving for the friends and loved ones," Lansford said, adding that if not for the courageous reaction of law enforcement "this could have been much worse."

Clovis, a city with an estimated population of 40,000, boasts itself as the home of Cannon Air Force Base. The city is about 200 miles east of Albuquerque and is an agricultural and rail hub on the New Mexico-Texas state line.

"We're a strong community, a faith-based community," Lansford said. "And I know we're a community that will rise up and wrap their arms around those in need of care."