A driver died when his vehicle crashed after something went through the windshield, according to Davenport Police. 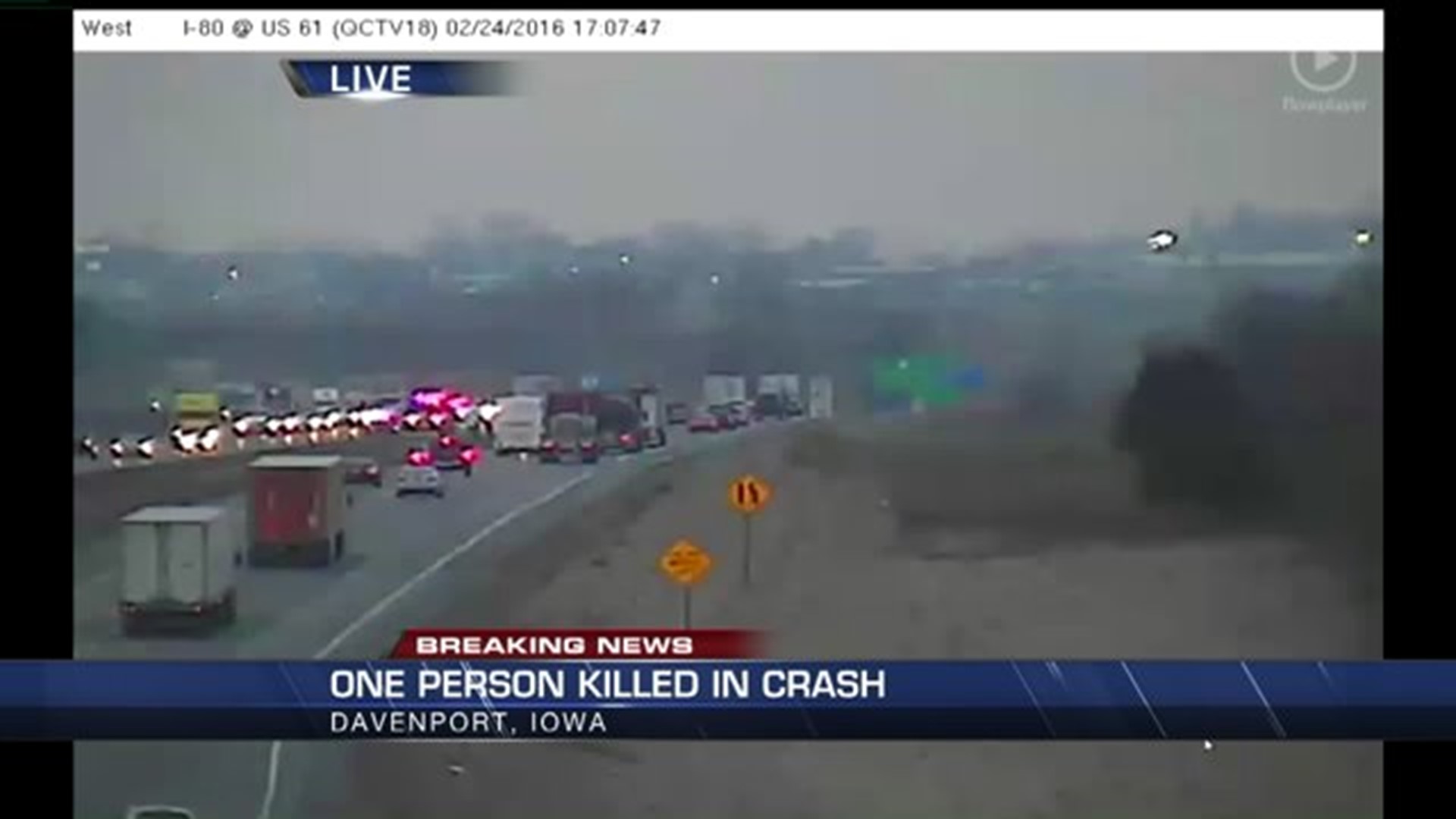 A driver died when his vehicle crashed after something went through the windshield, according to Davenport Police.

The crash happened just before 5 p.m. Wednesday, February 24, 2016, on eastbound Interstate 80 near the exit to North Brady/Highway 61.

Police at the scene said the man driving the vehicle, later identified as 65-year-old Richard Allen Miedema from Walcott, Iowa, was pronounced dead at the scene of the crash.  Mr. Miedema had been struck by road debris that went through the windshield of the vehicle.  Investigators did not yet identify what that debris was.

A female front-seat passenger was taken by ambulance to a local hospital; her injuries were not believed to be life-threatening.

The left eastbound lane of I-80 was blocked for about a half-hour; investigators reopened all lanes but remained at the scene of the crash, where traffic was still slow, about an hour after it happened.