The owner at Cafe d'Marie says they lost more than $10,000 in food restock and repair expenses after the storm. 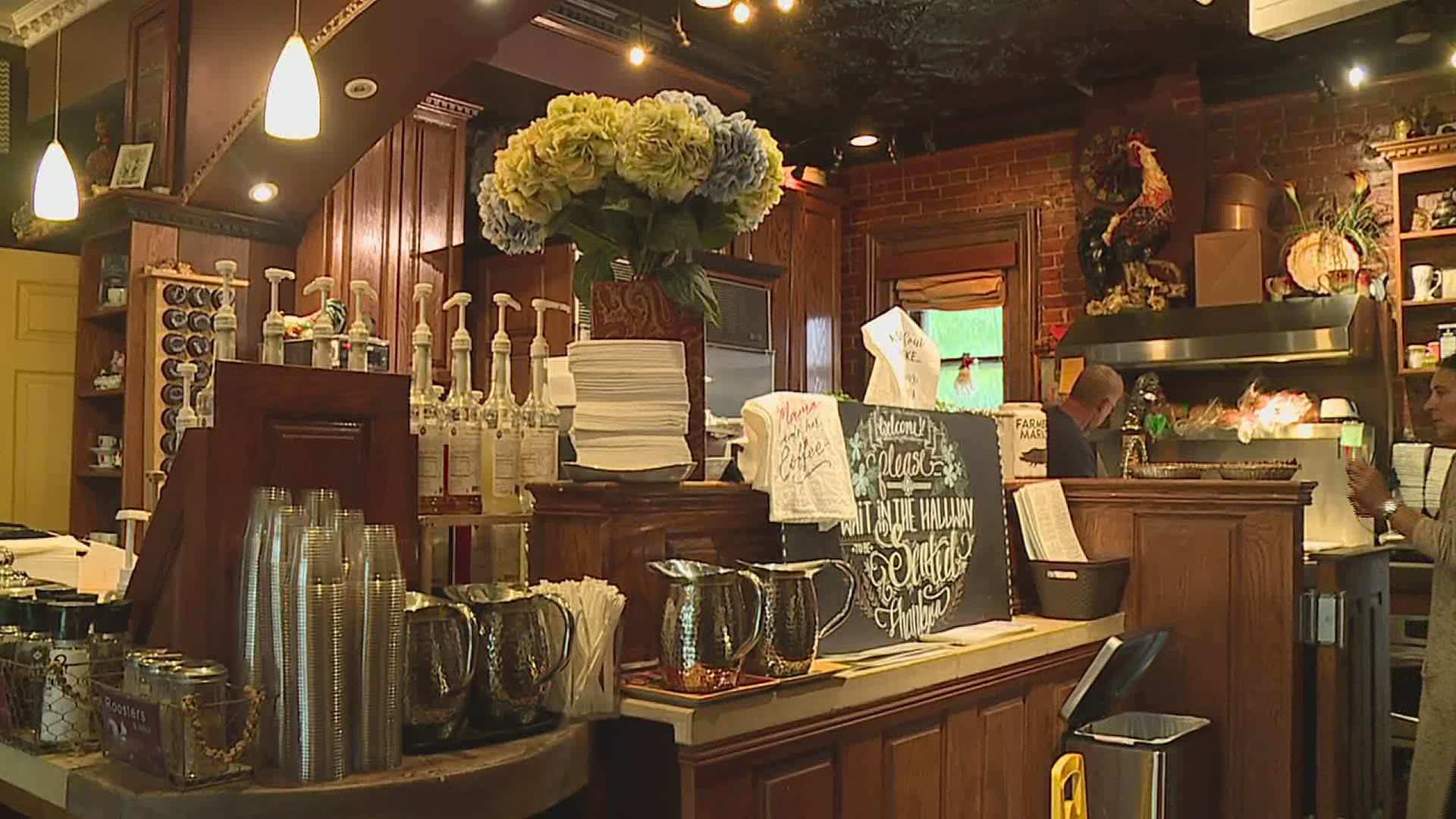 DAVENPORT, Iowa — Cafe d'Marie is back in business again, after closing August 10th following the derecho that swept across the Quad Cities.

"I wasn't really scared at any point," Owner Deanna Walter says. "I was just worried that everything was safe here."

Walter was out grocery shopping that day for the cafe, and when she noticed the power didn't come back on that night, she knew they were in trouble.

"It's just catastrophic to start with a full load of groceries and all the freezers and fridges," she says.

Walter says the cafe is out $9,000 in groceries and $3,000 in equipment repairs from machines that broke during the four-day outage. She says she's filed a claim with her insurance, but she's hardly heard from them since.

"I know they were busy for a few weeks after so I thought they needed more time, but now it's frustrating even to not have a contact to reassure us that everything is on it's way and working through the process," Walter says.

"I'd say if you're not getting communication, then that's a concern," Local Financial Planner Drue Kampmann says.

Kampmann suggests businesses take matters into their own hands if they run into a wall with insurance.

"You can hire an independent adjuster that's actually working for you and then they take on the insurance companies," he says.

And if that doesn't work, he says you can then look into legal advice. Walter says she's considering that, but only if needed.

"Hopefully (the insurance company) comes through and help as they should," she says.